Hidden Truths In The Classics Found By Physicists’ Study

The truth behind some of the world's most famous historical myths, including Homer's epic, the Iliad, has been bolstered by two researchers who have analysed the relationships between the myths' characters and compared them to real-life social networks.

A 1908 depiction of Beowulf fighting the dragon by J. R. Skelton. 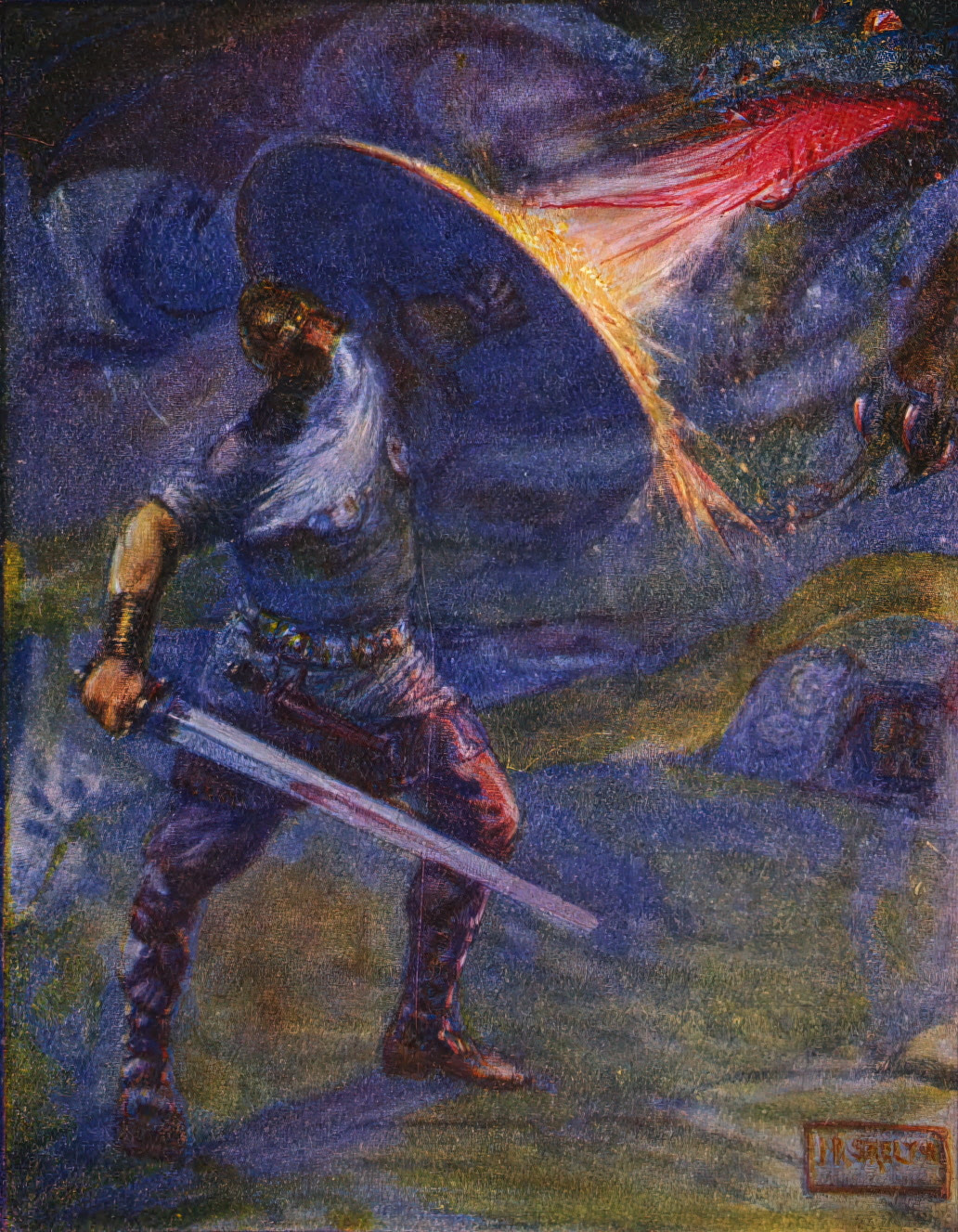 They found that the interactions between the characters in all three myths were consistent with those seen in real-life social networks. Taking this further, the researchers compared the myths to four known works of fiction -- Les Misérables, Richard III, Fellowship of the Ring, and Harry Potter -- and found clear differences.

"We can't really comment so much on particular events. We're not saying that this or that actually happened, or even that the individual people portrayed in the stories are real; we are saying that the overall society and interactions between characters seem realistic," said Mac Carron.

To arrive at their conclusions, the researchers created a database for each of the three stories and mapped out the characters' interactions. There were 74 characters identified in Beowulf, 404 in the Táin and 716 in the Iliad.

Each character was assigned a number, or degree, based on how popular they were, or how many links they had to other characters. The researchers then measured how these degrees were distributed throughout the whole network.

The types of relationships that existed between the characters were also analysed using two specific criteria: friendliness and hostility.

The three myths were shown to be similar to real-life networks as they had similar degree distributions, were assortative and vulnerable to targeted attack. Assortativity is the tendency of a character of a certain degree to interact with a character of similar popularity; being vulnerable to targeted attack means that if you remove one of the most popular characters, it leads to a breakdown of the whole network – neither of these appears to happen in fiction.

Of the three myths, the Táin is the least believed. But Mac Carron and Kenna found that its apparent artificiality can be traced back to only 6 of the 404 characters.

"In terms of degree distributions, all three myths were like real social networks; this wasn't the case for the fictional networks. Removing the eponymous protagonist from Beowulf also made that network assortative, like real networks.

"For the Táin we removed the 'weak links' associated with the top six most connected characters which had previously offset the degree distribution, this adjustment made the network assortative," continued Mac Carron.

The researchers hypothesise that if the society of the Táin is to be believed, the top six characters are likely to have been fused together from other characters as the story passed orally through the generations.

The researchers acknowledge that there are elements of each of the myths that are clearly fantasy, such as the character Beowulf slaying a dragon; however, they stress they are looking at the society rather than specific events. Historical archaeological evidence has been interpreted as indicating that some elements of the myths, such as specific locations,


Contacts and sources:
Joe Winters
Institute of Physics
on July 29, 2012