A University of Texas at Austin research team successfully demonstrated for the first time that the GPS signals of an unmanned aerial vehicle (UAV), or drone, can be commandeered by an outside source — a discovery that could factor heavily into the implementation of a new federal mandate to allow thousands of civilian drones into the U.S. airspace by 2015. 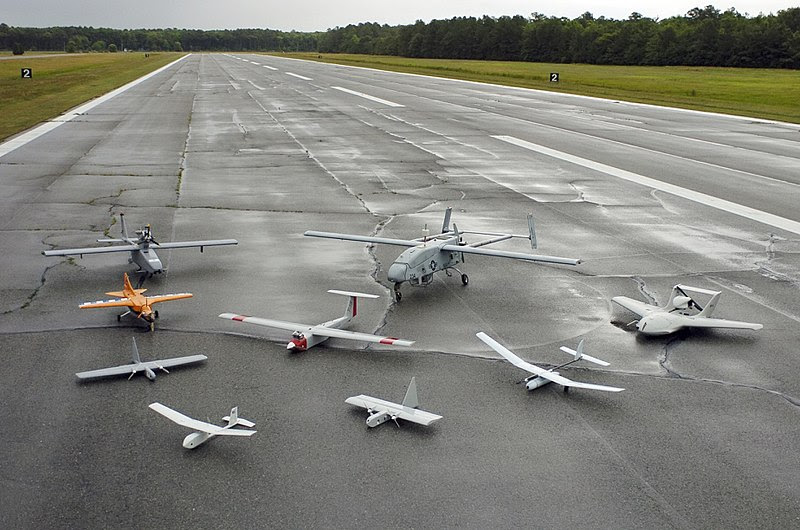 Cockrell School of Engineering Assistant Professor Todd Humphreys and his students were invited by the U.S. Department of Homeland Security to attempt the demonstration in White Sands, New Mexico in late June. Using a small but sophisticated UAV along with hardware and software developed by Humphreys and his students, the research team repeatedly overtook navigational signals going to the GPS-guided vehicle.

Known as "spoofing," the technique creates false civil GPS signals that trick the vehicle's GPS receiver into thinking nothing is amiss — even as it steers a new navigational course induced by the outside hacker. Because spoofing fools GPS receivers' on both their location and time, some fear that most GPS-reliant devices, infrastructure and markets are vulnerable to attacks. That fear was underscored — but not proven — when a U.S. military drone disappeared over Iran late last year and showed up a week later, intact, and in the care of Iranians who claimed to have brought the vehicle down with spoofing.

The recent demonstration by University of Texas at Austin researchers is the first known unequivocal demonstration that commandeering a UAV via GPS spoofing is technically feasible.

"I think this demonstration should certainly raise some eyebrows and serve as a wake-up call of sorts as to how safe our critical infrastructure is from spoofing attacks," said Milton R. Clary, a senior Department of Defense (DoD) Aviation Policy Analyst at Overlook Systems Technologies, which is working with the federal government to develop programs that identify and mitigate spoofing attacks.

Humphreys said his research team wanted to demonstrate the potential risks associated with spoofing early on in the Federal Aviation Administration's task to write the mandated rules that will allow government and commercial drones in the U.S. airspace by 2015.

"We're raising the flag early on in this process so there is ample opportunity to improve the security of civilian drones from these attacks, as the government is committed to doing," Humphreys said.

Prior to the White Sands demonstration, Humphreys and his students worked with university athletics officials to perform a trial run at the Darrell K. Royal stadium.

High school students visiting campus for the university's My Introduction to Engineering summer camp watched the demonstration and were able to ask Humphreys and his students questions about their work.

Humphreys began the research on GPS security prior to joining The University of Texas at Austin three years ago, but he said the research received a crucial boost of momentum and financial support from the university and the Cockrell School of Engineering.

"What's great at The University of Texas at Austin is this structure and culture in place that supports incoming professors with the funds to do risky types of research — the kind that's so bold and forward-thinking that it might not have an outside sponsor to fund it yet," Humphreys said. "It's a distinct and valuable trait of the university that benefits me, my students and the types of research we can pursue."

The interdisciplinary research coupled undergraduate and graduate students from aerospace engineering and electrical and computer engineering; specifically, from the Center for Space Research and the Wireless Networking and Communications Group. Over the course of the project, students designed hardware and software, and learned to improvise on the spot when things didn't always go their way.

"During the demonstration at White Sands I was so impressed by how resourceful my students were in the face of technical setbacks we had in the beginning," Humphreys said. "They kept a steady hand and we prevailed in the end, which really showed me the flexibility of these young and bright minds."

Daniel Shepard, an aerospace engineering graduate student who lead the UAV spoofing effort, said he was grateful for the opportunity to do the hands-on research beginning when he was an undergraduate student.

"It's rewarding to lead research that has an impact on improving national security, and, on a personal level, this specific project had a lot of value for me because I was working on things, like software development, that I typically wouldn't be involved with as an aerospace student," Shepard said. "The unique fusion of electrical engineering and aerospace engineering has been very valuable for cultivating my engineering expertise."

During the spoofing demonstration at White Sands, the research team took control of a hovering UAV from about a kilometer away. Next year, they plan to perform a similar demonstration on a moving UAV from 10 kilometers away.
Contacts and sources:
Melissa Mixon
University of Texas at Austin
on June 29, 2012