Oxygen Microparticles Could Deliver Oxygen When Breathing Is Impaired, Artificial Blood Of Sorts

Patients unable to breathe because of acute lung failure or an obstructed airway need another way to get oxygen to their blood—and fast—to avoid cardiac arrest and brain injury. A team led by researchers at Boston Children’s Hospital has designed tiny, gas-filled microparticles that can be injected directly into the bloodstream to quickly oxygenate the blood.

The microparticles consist of a single layer of lipids (fatty molecules) that surround a tiny pocket of oxygen gas, and are delivered in a liquid solution. In a cover article in the June 27 issue of Science Translational Medicine, John Kheir, MD, of the Department of Cardiology at Boston Children’s Hospital, and colleagues report that an infusion of these microparticles into animals with low blood oxygen levels restored blood oxygen saturation to near-normal levels, within seconds. 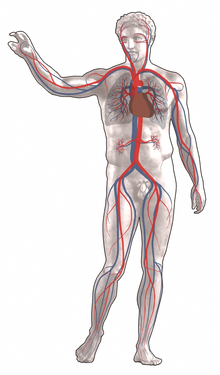 When the trachea was completely blocked— a more dangerous “real world” scenario—the infusion kept the animals alive for 15 minutes without a single breath, and reduced the incidence of cardiac arrest and organ injury.

The microparticle solutions are portable and could stabilize patients in emergency situations, buying time for paramedics, emergency clinicians or intensive care clinicians to more safely place a breathing tube or perform other life-saving therapies, says Kheir.

“This is a short-term oxygen substitute—a way to safely inject oxygen gas to support patients during a critical few minutes,” he says. “Eventually, this could be stored in syringes on every code cart in a hospital, ambulance or transport helicopter to help stabilize patients who are having difficulty breathing.”

The microparticles would likely only be administered for a short time, between 15 and 30 minutes, because they are carried in fluid that would overload the blood if used for longer periods, Kheir says.

Kheir also notes that the particles are different from blood substitutes, which carry oxygen but are not useful when the lungs are unable to oxygenate them. Instead, the microparticles are designed for situations in which the lungs are completely incapacitated.

Kheir began investigating the idea of injectable oxygen in 2006, after caring for a little girl who sustained a severe brain injury resulting from a severe pneumonia that caused bleeding into her lungs and severely low oxygen levels. Despite the team’s best efforts, she died before they could place her on a heart-lung machine. Frustrated by this, Kheir formed a team to search for another way to deliver oxygen.

“Some of the most convincing experiments were the early ones,” he says. “We drew each other’s blood, mixed it in a test tube with the microparticles, and watched blue blood turn immediately red, right before our eyes.”

Over the years, Kheir and his team have tested various concentrations and sizes of the microparticles to optimize their effectiveness and to make them safe for injection. “The effort was truly multidisciplinary,” says Kheir. “It took chemical engineers, particle scientists and medical doctors to get the mix just right.”

In the studies reported in the paper, they used a device called a sonicator, which uses high-intensity sound waves to mix the oxygen and lipids together. The process traps oxygen gas inside particles averaging 2 to 4 micrometers in size (not visible without a microscope). The resulting solution, with oxygen gas making up 70 percent of the volume, mixed efficiently with human blood.

“One of the keys to the success of the project was the ability to administer a concentrated amount of oxygen gas in a small amount of liquid,” Kheir says. “The suspension carries three to four times the oxygen content of our own red blood cells.”

Intravenous administration of oxygen gas was tried in the early 1900s, but these attempts failed to oxygenate the blood and often caused dangerous gas embolisms.

“We have engineered around this problem by packaging the gas into small, deformable particles,” Kheir explains. “They dramatically increase the surface area for gas exchange and are able to squeeze through capillaries where free gas would get stuck.”

The study was funded by three awards from the Technology Development Fund at Boston Children’s Hospital Boston and a U.S. Department of Defense Basic Research Award to Kheir.