Occultation Of Jupiter And Its Moons, July 15

For observers in southern Britain, the morning of July  15th sees the waning crescent Moon pass in front of Jupiter and its moons in a so-called occultation. These are comparatively rare events and with the right equipment can be spectacular and offer good photo opportunities for amateur astronomers.

Prospects and timings for the event vary with location. The Moon will appear to completely cover Jupiter to the southeast of a line joining Lowestoft and Weymouth. Northwest of this line observers will see a grazing occultation, where Jupiter is only partly concealed by the Moon. To the northwest of a line from Sleaford to Ilfracombe the Moon will appear to slide past Jupiter. 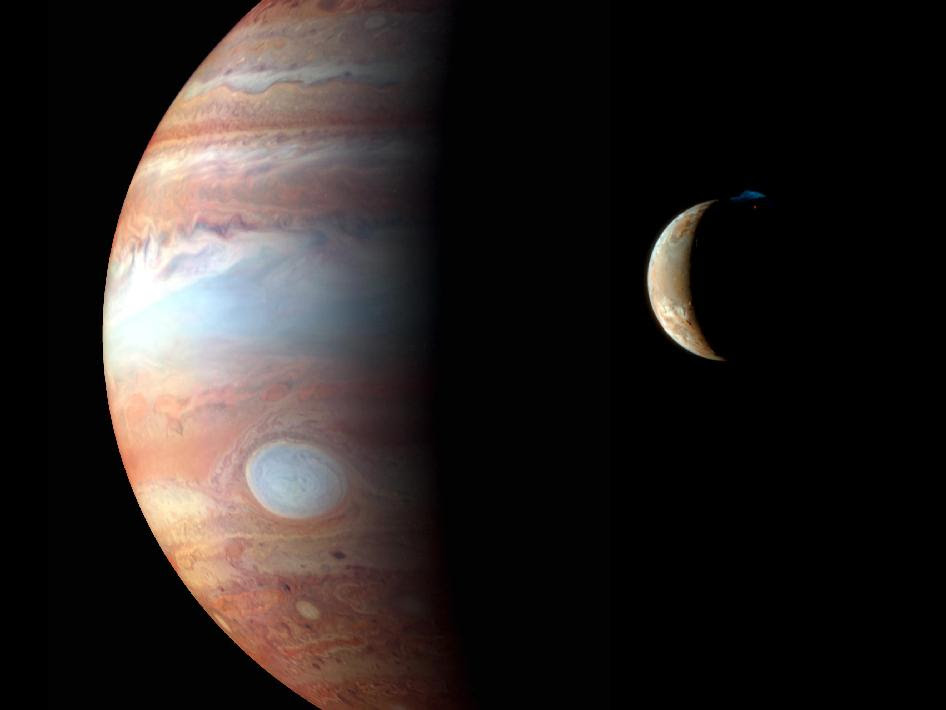 As the four easily visible Galilean moons of Jupiter (Io, Europa, Ganymede and Callisto) are more or less in a line running along the lunar limb, they are occulted in a similar way. Observers along a line from King’s Lynn to Plymouth see Io occulted, while observers along the Sleaford to Ilfracombe line see Callisto occulted.

The event takes place while Jupiter and the Moon are low in the sky and the sky will be brightening as sunrise approaches. According to HM Nautical Almanac Office, in London the Moon will be 10 degrees above the north-eastern horizon and from further west as low as 5 degrees. From London the occultation begins at around 0255 BST and ends at 0311 BST, whilst in for example Taunton (to the south of Bristol) the occultation starts at 0258 BST and ends at 0308 BST.

Note that although perfectly safe to observe with the unaided eye, the occultation is best viewed with at least a good pair of binoculars or better still a telescope, with which Jupiter will be seen as a disk and the Galilean moons will be easily visible.

“The grazing occultation of Jupiter on 2012 July 15”, Jean Meeus, Journal of the British Astronomical Association
http://www.shindles.co.uk/ouastro/jup-occult-meeus.pdf