Menopausal Women Could 'Work Out' Their Hot Flashes

Menopausal women who exercise may experience fewer hot flashes in the 24 hours following physical activity, according to health researchers.

In general, women who are relatively inactive or are overweight or obese tend to have a risk of increased symptoms of perceived hot flashes, noted Steriani Elavsky, assistant professor of kinesiology at Penn State. 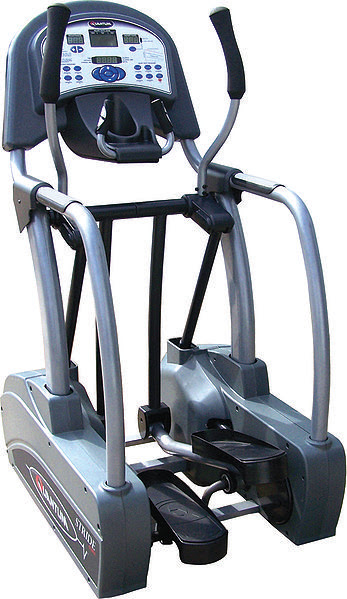 Perceived hot flashes do not always correspond to actual hot flashes. Most previous research analyzed only self-reported hot flashes. This is the first study known to the researchers to look at objective versus subjective hot flashes.

Elavsky and colleagues studied 92 menopausal women for 15 days. The women recruited for this study were different from many earlier menopause studies, said Elavsky. In the past, women in menopause studies were experiencing severe symptoms and seeking help. They were probably not representative of the general population.

"Our sample included women with mild to moderate symptoms and they were recruited for a study of physical activity, not for a study of menopause," said Elavsky. "We recruited women residing in the community. We used recruitment sources that included a variety of outlets in the community frequented by women, like libraries, fairs, gyms, advertisements in local newspapers, etc."

The women were 40 to 59 years old, with an average of two children and were not on hormone therapy. During analysis the researchers separated the women into normal weight and overweight/obese categories and higher fit and lower fit categories. These categories were not necessarily mutually exclusive.

The participants wore accelerometers to monitor their physical activity and also wore monitors that measured skin conductance, which varies with the moisture level of the skin. Each participant recorded the individual hot flashes she had throughout the 15-day period on a personal digital assistant.

To the contrary, the researchers found that this premise was not true, as on average the women in the study experienced fewer hot flash symptoms after exercising. However, the women who were classified as overweight, having a lower level of fitness or were experiencing more frequent or more intense hot flashes, noticed the smallest reduction in symptoms.

It is not yet known if a woman could use diet and exercise to lose weight and become more fit and therefore experience fewer hot flashes, but it is a possibility worthy of future investigation, noted the researchers.

"For women with mild to moderate hot flashes, there is no reason to avoid physical activity for the fear of making symptoms worse," said Elavsky. "In fact, physical activity may be helpful, and is certainly the best way to maximize health as women age. Becoming and staying active on a regular basis as part of your lifestyle is the best way to ensure healthy aging and well being, regardless of whether you experience hot flashes or not."

The National Institute of Child Health and Human Development supported this research.