Nuclear physics is a discovery-driven enterprise aimed at understanding the fundamental nature of visible matter in the universe. For the past hundred years, new knowledge of the nuclear world has also directly benefited society through many innovative applications. In its fourth decadal survey of nuclear physics, the National Research Council outlines the impressive accomplishments of the field in the last decade and recommends a long-term strategy for the future. 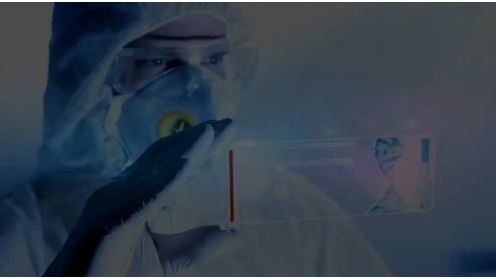 The report builds on the Nuclear Science Advisory Committee's 2007 five-year plan and commends the Department of Energy and the National Science Foundation for effective management of the U.S. nuclear physics program. Recommended priorities for the future include exploiting recent upgrades of nuclear physics facilities, the timely completion of the Facility for Rare Isotope Beams, the development and implementation of a targeted program of underground science, and the creation of two national competitions for graduate students and postdoctoral researchers.

The Heart of Matter - Short Version from Teri Thorowgood on Vimeo.


"The recommendations in this report will help ensure a thriving and healthy field that continues to benefit society from new applications at an accelerating pace," said Stuart Freedman, professor of physics at the University of California at Berkeley, and chair of the committee that wrote the report. "The impact of nuclear physics extends well beyond furthering our scientific knowledge of the nucleus and the nature and origin of visible matter. Nuclear physics is relevant to the most important of today's problems in energy, health, and the environment."

Sophisticated new tools and protocols have been developed for successful management of the largest projects in nuclear physics, the report says. But to keep the U.S. program nimble and competitive, the committee recommends that federal agencies develop streamlined and flexible procedures tailored for initiating and managing smaller-scale nuclear science projects.

The report also advises the theoretical nuclear science community to develop a plan for exploiting the rapidly increasing power of modern computing, and to establish the infrastructure and collaborations now in order to take advantage of these capabilities as they become available. Additional priorities for the field should include continued investment in accelerator and detector research and the possible development of an electron-ion collider.

Two videos have been prepared in conjunction with the report to illustrate several of its main ideas. The videos are suitable for classroom use and clearly articulate the scientific rationale and objectives for nuclear physics, placing near-term goals in a broader international context.
The Heart of Matter - Long Version from Teri Thorowgood on Vimeo.

The videos are available here.

Pre-publication copies of Nuclear Physics: Exploring the Heart of Matter are available from the National Academies Press
on June 26, 2012