Our eyes don’t just take in the world around us, they can also reflect our emotional state, influence our memories, and provide clues about the way we think. Here is some of the latest research from the journalsPsychological Science and Current Directions in Psychological Science in which scientists show there’s much more to the eyes than people might think.

Pupil Dilation Reflects the Creation and Retrieval of Memories

Many people know that our pupils shrink when our eyes adjust to bright light, but the size and movement of our pupils can also reflect what’s going on inside our brains. Psychological scientists use pupillometry to measure cognitive processes such as attention and memory. Recently, pupillometry has been used in studies to examine long-term memory, and the authors of this review argue that pupillometry could be a cheap and efficient means for studying memory creation and retrieval. Pupillometry, they point out, can also be used to study individuals who are difficult to study otherwise, such as amnesiacs and infants who haven’t learned to talk yet.

Visual working memory is sort of like a box used to contain images at once, yet scientists still don’t completely understand whether the size of the box is fixed or whether its dimensions can change. For this Psychological Science study, researchers tested whether volunteers could willfully change the precision of their visual working memory based on the number of items they were asked to memorize. Volunteers were shown displays containing 4 or 8 bars, which were colored red or green to indicate whether fine or coarse precision would be needed to perform the task. One of the bars was then rotated 15 (fine) or 45 (coarse) degrees, and the volunteers had to indicate if the bar had been rotated clockwise or counter clockwise. The researchers found that Contralateral delay activity—a type of neural activity that increases as the number of items retained in visual working memory increases—was greater on trials with 4 bars than trials with 8 bars when participants anticipated having to use fine precision. These findings imply that people can enhance the precision of their visual working memory only with a small number of items. 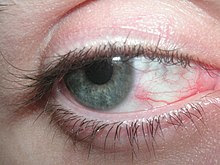 Why Do People Move Their Eyes When They Think?

If you’ve ever watched anyone ponder a choice or daydream, then you may have noticed that their eyes often move while they’re thinking. Because these movements don’t tend to contribute any visual information to people’s thoughts, curious psychological scientists have investigated whether or not these movements have a function. Over the years, researchers have found that these movements tend to be connected to certain tasks (such as searching for information in your long term memory), but suppressing these movements has had no impact on people’s memories, leading scientists to believe that these eye movements may just be an epiphenomenon or—similar to the appendix—a feature we evolved that is no longer needed.