Cognitive skills such as learning and memory diminish with age in everyone, and the drop-off is steepest in Alzheimer's disease. Texas scientists seeking a way to prevent this decline reported exciting results this week with a drug that has Polynesian roots.

The researchers, appointed in the School of Medicine at The University of Texas Health Science Center San Antonio, added rapamycin to the diet of healthy mice throughout the rodents' life span. Rapamycin, a bacterial product first isolated from soil on Easter Island, enhanced learning and memory in young mice and improved these faculties in old mice, the study showed. 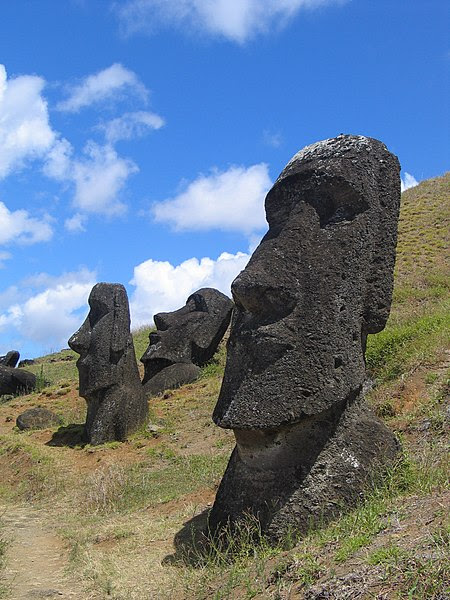 "We made the young ones learn, and remember what they learned, better than what is normal," said Veronica Galvan, Ph.D., assistant professor of physiology at the Barshop Institute for Longevity and Aging Studies, part of the UT Health Science Center. "Among the older mice, the ones fed with a diet including rapamycin actually showed an improvement, negating the normal decline that you see in these functions with age."

Venturing into the open

Mice are burrowers that prefer tunnels with walls. To observe behavior, Halloran used an elevated maze of tunnels that led to a catwalk. "All of a sudden the mice are in open space," Halloran said. "It's pretty far from the floor for their size, sort of like if a person is hiking and suddenly the trail gets steep. It's pretty far down and not so comfortable."

Mice with less anxiety were more curious to explore the catwalk. "We observed that the mice fed with a diet containing rapamycin spent significantly more time out in the open arms of the catwalk than the animals fed with a regular diet," Halloran said.

The second test measured depressive-like behavior in the rodents. Mice do not like to be held by their tails, which is the way they are moved from cage to cage. Inevitably they struggle to find a way out. "So we can measure how much and how often they struggle as a measure of the motivation they have to get out of an uncomfortable situation," Dr. Galvan said.

"We found rapamycin acts like an antidepressant — it increases the time the mice are trying to get out of the situation," she said. "They don't give up; they struggle more."

The reductions of anxiety and depressive-like behavior in rapamycin-treated mice held true for all ages tested, from 4 months of age (college age in human years) to 12 months old (the equivalent of middle age) to 25 months old (advanced age).

The researchers measured levels of three "happy, feel-good" neurotransmitters: serotonin, dopamine and norepinephrine. All were significantly augmented in the midbrains of mice treated with rapamycin. "This is super-interesting, something we are going to pursue in the lab," Dr. Galvan said.

Dr. Galvan and her team published research in 2010 showing that rapamycin rescues learning and memory in mice with Alzheimer's-like deficits. The elevation of the three neurotransmitters, which are chemical messengers in the brain, may explain how rapamycin accomplished this, Dr. Galvan said.

Rapamycin is an antifungal agent administered to transplant patients to prevent organ rejection. The drug is named for Rapa Nui, the Polynesian title for Easter Island. This island, 2,000 miles from any population centers, is the famed site of nearly 900 mysterious monolithic statues.

This study, funded by the National Institutes of Health, the Alzheimer's Association and the Ellison Medical Foundation, became available online June 28 as a manuscript in press in the journal Neuroscience. http://www.sciencedirect.com/science/article/pii/S0306452212006720?v=s5


Contacts and sources:
Will Sansom
University of Texas Health Science Center at San Antonio
on June 29, 2012