If you are a white girl, a black girl or a black boy, exposure to today's electronic media in the long run tends to make you feel worse about yourself. If you're a white boy, you'll feel better, according to a new study led by an Indiana University professor.

Nicole Martins, an assistant professor of telecommunications in the IU College of Arts and Sciences, and Kristen Harrison, professor of communication studies at the University of Michigan, also found that black children in their study spent, on average, an extra 10 hours a week watching television. 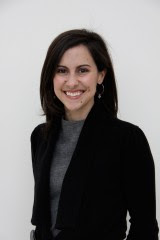 "We can't deny the fact that media has an influence when they're spending most of their time -- when they're not in school -- with the television," Martins said.

Harrison added, "Children who are not doing other things besides watching television cannot help but compare themselves to what they see on the screen."

Their paper has been published in Communication Research. Martins and Harrison surveyed a group of about 400 black and white preadolescent students in communities in the Midwest over a yearlong period. Rather than look at the impact of particular shows or genres, they focused on the correlation between the time in front of the TV and the impact on their self-esteem.

"Regardless of what show you're watching, if you're a white male, things in life are pretty good for you," Martins said of characters on TV. "You tend to be in positions of power, you have prestigious occupations, high education, glamorous houses, a beautiful wife, with very little portrayals of how hard you worked to get there.

"If you are a girl or a woman, what you see is that women on television are not given a variety of roles," she added. "The roles that they see are pretty simplistic; they're almost always one-dimensional and focused on the success they have because of how they look, not what they do or what they think or how they got there.

"This sexualization of women presumably leads to this negative impact on girls."

With regard to black boys, they are often criminalized in many programs, shown as hoodlums and buffoons, and without much variety in the kinds of roles they occupy.

"Young black boys are getting the opposite message: that there is not lots of good things that you can aspire to," Martins said. "If we think about those kinds of messages, that's what's responsible for the impact.

"If we think just about the sheer amount of time they're spending, and not the messages, these kids are spending so much time with the media that they're not given a chance to explore other things they're good at, that could boost their self-esteem."

Martins said their study counters claims by producers that programs have been progressive in their depictions of under-represented populations. An earlier study co-authored by her and Harrison suggests that video games "are the worst offenders when it comes to representation of ethnicity and gender."

Other research is starting to show the impacts of other kinds of entertainment sources, such as video games and hand-held devices. It indicates that young people are becoming creative at "media multitasking."

"Even though these new technologies are becoming more available, kids still spend more time with TV than anything else," Martins said.

Interestingly, the young people were asked about their consumption of print media, but the results were not statistically significant.

Martins conducted the research while she was completing her Ph.D. at the University of Illinois, as part of a larger longitudinal study done with her co-author, Harrison. They sought out certain school districts in Illinois because of their diversity, but African-Americans were the predominant minority group.

Funding for this research came from the William T. Grant Foundation.

Contacts and sources:
Indiana University
on May 30, 2012