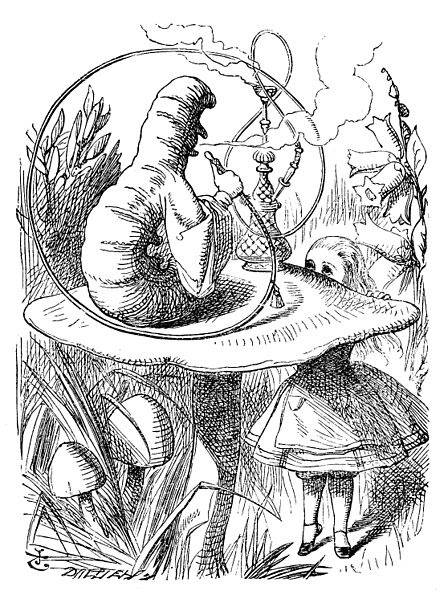 UCLA geneticists have identified the mutation responsible for IMAGe syndrome, a rare disorder that stunts infants' growth. The twist? The mutation occurs on the same gene that causes Beckwith-Wiedemann syndrome, which makes cells grow too fast, leading to very large children.

Published in the May 27 edition of Nature Genetics, the UCLA findings could lead to new ways of blocking the rapid cell division that allows tumors to grow unchecked. The discovery also offers a new tool for diagnosing children with IMAGe syndrome, which until now has been difficult to accurately identify.

The discovery holds special significance for principal investigator Dr. Eric Vilain, a professor of human genetics, pediatrics and urology at the David Geffen School of Medicine at UCLA.

Nearly 20 years ago, as a medical resident in his native France, Vilain cared for two boys, ages 3 and 6, who were dramatically short for their ages. Though unrelated, both children shared a mysterious malady marked by minimal fetal development, stunted bone growth, sluggish adrenal glands, and undersized organs and genitals.

"I never found a reason to explain these patients' unusual set of symptoms," explained Vilain, who is also director of the UCLA Institute for Society and Genetics. "I've been searching for the cause of their disease since 1993."

When Vilain joined UCLA as a genetics fellow, the two cases continued to intrigue him. His mentor, then UCLA geneticist Dr. Edward McCabe, recalled a similar case from his previous post at Baylor College of Medicine. The two of them obtained blood samples from the three cases and analyzed the patients' DNA for mutations in suspect genes, but uncovered nothing.

Vilain and McCabe approached the Journal of Clinical Endocrinology and Metabolism, and in 1999 published the first description of the syndrome, which they dubbed IMAGe, an acronym of sorts for the condition's symptoms: intrauterine growth restriction, metaphyseal dysplasia, adrenal hypoplasia and genital anomalies.

Over the next decade, about 20 cases were reported around the world. But the cause of IMAGe syndrome remained a mystery.

Help arrived unexpectedly last year when Vilain received an email from Argentinian physician Dr. Ignacio Bergada, who had unearthed the 1999 journal article. He told Vilain about a large family he was treating in which eight members suffered the same symptoms described in the study. All of the family members agreed to send their DNA samples to UCLA for study.

Vilain realized that he had stumbled across the scientific equivalent of winning the lottery. He assembled a team of UCLA researchers to partner with Bergada and London endocrinologist Dr. John Achermann.

"At last we had enough samples to help us zero in on the gene responsible for the syndrome," Vilain said. "Sequencing technology had also advanced in sophistication over the past two decades, allowing us to quickly analyze the entire family's DNA samples."

Vilain's team performed a linkage study, which identifies disease-related genetic markers passed down from one generation to another. The results steered Vilain to a huge swath of Chromosome 11.

The UCLA Center for Clinical Genomics performed next-generation sequencing, a powerful new technique that enabled the scientists to scour the enormous area in just two weeks and tease out a slender stretch that held the culprit mutation. The team also uncovered the same mutation in the original three cases described by Vilain in 1999.

A word of explanation: Located on 23 pairs of chromosomes, human genes hold the codes for making cellular proteins, the building blocks for our bodies. Most of the human diseases resulting from mutations in a single gene can be blamed on changes in a protein-coding sequence. By scanning the entire exome, or protein-coding factory of the genome, clinical geneticists can interpret every gene variant to track down the mutations that produce a patient's disease and rapidly reach a clear-cut diagnosis.

UCLA is one of only three academic centers in the nation that offers next-generation sequencing to the public for clinical use.

"We discovered a mutation in a tiny sliver of the chromosome that appeared in every family member affected by IMAGe syndrome," said Vilain. "This was a big step forward. Now we can use gene sequencing as a tool to screen for the disease and diagnose children early enough for them to benefit from medical intervention.

"We were a little surprised, because the mutation was located on a famous gene recognized for causing Beckwith-Wiedemann syndrome," he added. "The two diseases are polar opposites of each other."

Children born with Beckwith-Wiedemann syndrome – named for the two doctors who discovered it – grow very large with big adrenal glands, elongated bones and oversized internal organs. Because their cells grow so fast, children with the disorder typically die of cancer at a young age. The disease affects one in 15,000 births.

"Finding opposite functions in the same gene is a rare biological phenomenon" emphasized Vilain. "When the mutation appeared in the slim section we identified, the infant developed IMAGe syndrome. If the mutation fell anywhere else in the gene, the child was born with Beckwith-Wiedemann. That's really quite remarkable."

The findings proved that Vilain and his colleagues had identified the correct mutation, bringing his 20-year odyssey to a successful end.

"Our findings leave no doubt that this set of symptoms is a true syndrome and not just a figment of my imagination," said Vilain.

"What makes this special for me is finally being able to unravel what caused the life-threatening disease in the two patients I saw nearly 20 years ago," he added. "As a clinical scientist, the reward for successful research is uncovering new clues that allow us to help patients feel better by improving their medical care."

"Our next effort will focus on manipulating the mutation's strong influence on growth to shrink tumors in the adrenal glands and other internal organs," explained Vilain.

The study was funded by the Doris Duke Charitable Foundation, Wellcome Trust and National Institute of Child Health and Human Development (grants RO1HD068 and 1F31HD068136). Contacts and sources:
Elaine Schmidt
University of California - Los Angeles Health Sciences
on May 27, 2012