Synthetic platelets have been developed by UC Santa Barbara researchers, in collaboration with researchers at Scripps Research Institute and Sanford-Burnham Institute in La Jolla, Calif. Their findings are published in the journal Advanced Materials in a paper titled "Platelet Mimetic Particles for Targeting Thrombi in Flowing Blood."

This is an artist's rendering of artificial platelets and artificial red blood cells alongside their natural counterparts. Platelets are the components of blood that allow it to prevent excessive bleeding and to heal wounds. The unique physical and biochemical properties of platelets play an important role in performing these complex biological tasks. Smaller than red blood cells, platelets are flexible, disk-shaped cells that are 2-4 micrometers in size.

"Upon further optimization and exhaustive testing, the synthetic platelets could be used for various biomedical applications," said the paper's first author Nishit Doshi, a researcher from the Department of Chemical Engineering.

The challenge Doshi and colleagues faced was to develop a comparably sized particle –– roughly 1/50th of the diameter of a strand of hair –– that had key structural properties of real platelets.

This is Nishit Doshi, the paper's first author. 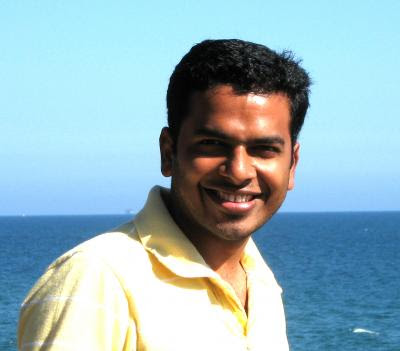 To solve the problem of flexibility, researchers at UC Santa Barbara used a polymeric "template" –– a core upon which layers of proteins and polyelectrolytes were deposited, layered, and crosslinked to create a stable synthetic platelet-shaped particle. The rigid polymeric core was then dissolved to give the particle the desired flexibility. The particle was then coated with proteins found on the surface of activated natural platelets or damaged blood vessels, a procedure performed by the researchers at Scripps Research Institute.

These synthetic platelets may be used to not only perform the typical functions of human platelets; but may also be used to carry imaging agents to identify damaged blood vessels or to deliver drugs that dissolve blood clots.

The synthetic platelets represent the latest and one of the most advanced in a line of efforts over the last century to mimic platelet function. While clotting factors and platelets from outside donors are used widely to halt bleeding, immune system responses and thrombosis have been issues. Non-platelet-derived substitutes have also received attention; however, said Doshi, these do not physically resemble the physical features of natural platelets.

This is Samir Mitragotri, professor of chemical engineering, whose lab specializes in drug delivery via polymeric particles. His group developed synthetic red blood cells in 2009. 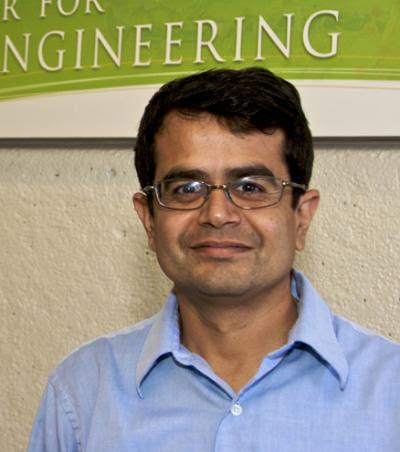 "This development is a significant milestone in the field of biomimetic materials," said Samir Mitragotri, professor of chemical engineering, director of UC Santa Barbara's Center for Bioengineering, and an author of the paper. "By capitalizing on our capabilities in engineering materials, with the expertise in platelet biology that exists in Professor Ruggeri's laboratory, our synthetic platelets combine unique physical and biological attributes that mimic natural platelets." Biomaterials research is one of the principal focus areas in UCSB's Center for BioEngineering. In 2009, Doshi and colleagues in the Mitragotri laboratory developed synthetic red blood cells.

"This work is a marvelous demonstration of the power of material synthesis applied to medical problems. The synthetic platelets can have profound implications in wound-healing problems for trauma and wounds arising in both battlefield situations and during surgery," said Frank Doyle, director of UCSB's Institute of Collaborative Biotechnologies and the Associate Dean of Research of UCSB's College of Engineering.

This work was funded by the Institute for Collaborative Biotechnologies through a grant from the U.S. Army Research Office and the National Institutes of Health.


Contacts and sources:
Sonia Fernandez
University of California - Santa Barbara
on May 30, 2012