Simply ejecting your rear from the couch means your hand will spend less time digging into a bag of chocolate chip cookies.

That is the simple but profound finding of a new Northwestern Medicine study, which reports simply changing one bad habit has a domino effect on others. Knock down your sedentary leisure time and you'll reduce junk food and saturated fats because you're no longer glued to the TV and noshing. It's a two-for-one benefit because the behaviors are closely related. 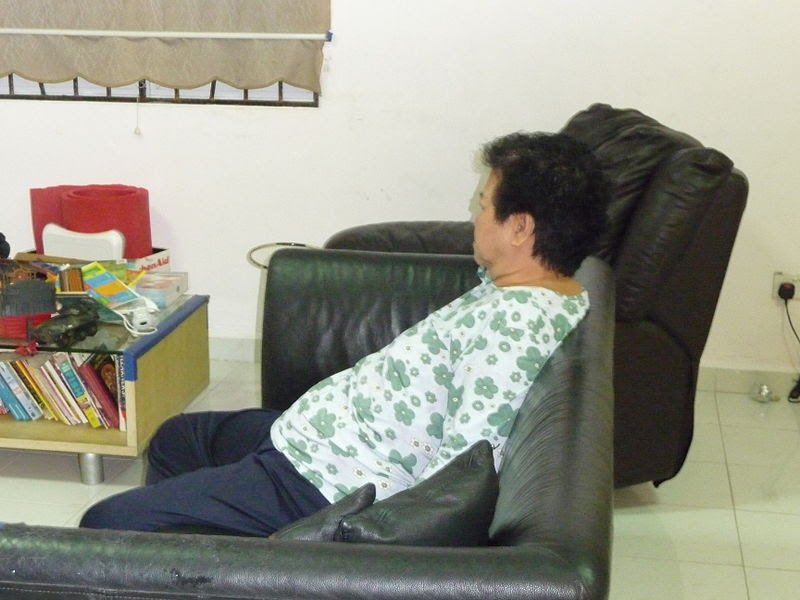 The study also found the most effective way to rehab a delinquent lifestyle requires two key behavior changes: cutting time spent in front of a TV or computer screen and eating more fruits and vegetables.

"Just making two lifestyle changes has a big overall effect and people don't get overwhelmed," said Bonnie Spring, a professor of preventive medicine at Northwestern University Feinberg School of Medicine, and lead author of the study published in Archives of Internal Medicine.

"Americans have all these unhealthy behaviors that put them at high risk for heart disease and cancer, but it is hard for them and their doctors to know where to begin to change those unhealthy habits," Spring said. "This approach simplifies it."

With this simplified strategy, people are capable of making big lifestyle changes in a short period of time and maintaining them, according to the study.

Spring wanted to figure out the most effective way to spur people to change common bad health habits: eating too much saturated fat and not enough fruits and vegetables, spending too much sedentary leisure time and not getting enough physical activity.

During the three weeks of treatment, patients entered their daily data into a personal digital assistant and uploaded it to a coach who communicated as needed by telephone or email.

Participants could earn $175 for meeting goals during the three-week treatment phase. But when that phase was completed, patients no longer had to maintain the lifestyle changes in order to be paid. They were simply asked to send data three days a month for six months and received $30 to $80 per month.

"We said we hope you'll continue to keep up these healthy changes, but you no longer have to keep them up to be compensated," Spring said.

The results over the next six months amazed Spring. "We thought they'd do it while we were paying them, but the minute we stopped they'd go back to their bad habits," she said. "But they continued to maintain a large improvement in their health behaviors."

From baseline to the end of treatment to the end of the six-month follow-up, the average servings of fruit/vegetables changed from 1.2 to 5.5 to 2.9; average minutes per day of sedentary leisure went from 219.2 to 89.3 to 125.7 and daily calories from saturated fat from 12 percent to 9.4 percent to 9.9 percent.

About 86 percent of participants said once they made the change, they tried to maintain it. There was something about increasing fruits and vegetables that made them feel like they were capable of any of these changes," Spring said. "It really enhanced their confidence."

"We found people can make very large changes in a very short amount of time and maintain them pretty darn well," Spring said. "It's a lot more feasible than we thought."