Scientists have created and imaged the smallest possible five-ringed structure – about 100,000 times thinner than a human hair – and you’ll probably recognise its shape. 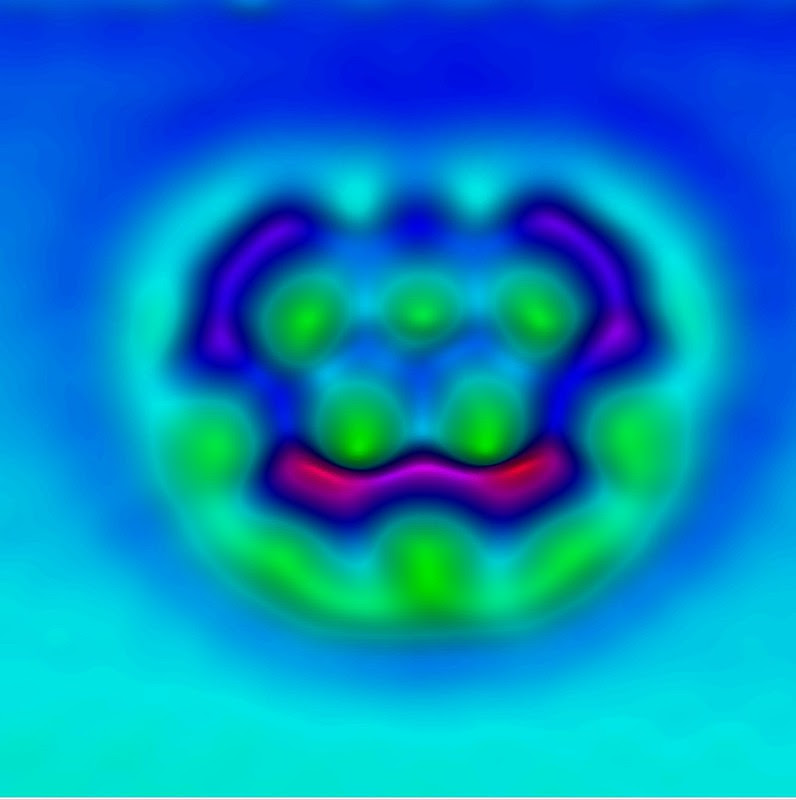 A collaboration between the Royal Society of Chemistry (RSC), the University of Warwick and IBM Research – Zurich has allowed the scientists to bring a single molecule to life in a picture, using a combination of clever synthetic chemistry and state-of-the-art imaging techniques.

The scientists decided to make and visualise olympicene, whose five-ringed structure was entered on ChemSpider, the RSC’s free online chemical database of over 26 million records two years ago. 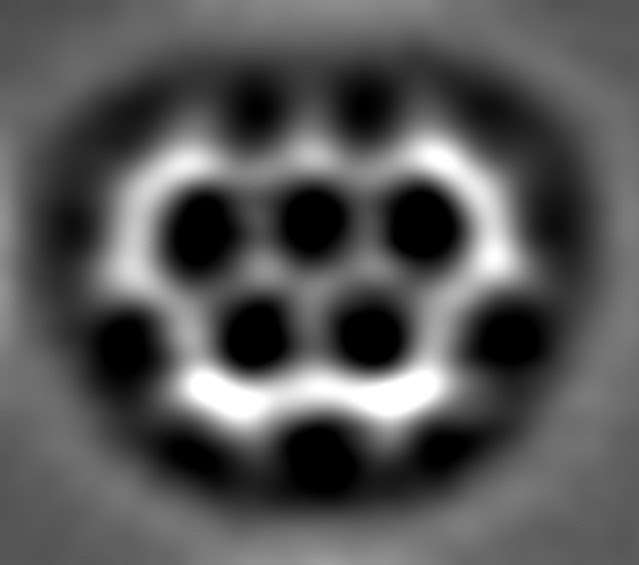 “When doodling in a planning meeting, it occurred to me that a molecular structure with three hexagonal rings above two others would make for an interesting synthetic challenge,” said Professor Graham Richards CBE, RSC Council member.

“I wondered: could someone actually make it, and produce an image of the actual molecule?”

“Alongside the scientific challenge involved in creating olympicene in a laboratory, there’s some serious practical reasons for working with molecules like this,” said Dr Fox.

“The compound is related to single-layer graphite, also known as graphene, and is one of a number of related compounds which potentially have interesting electronic and optical properties.

“For example these types of molecules may offer great potential for the next generation of solar cells and high-tech lighting sources such as LEDs.”

A first glimpse of the molecule’s structure was obtained by Dr Giovanni Costantini and Ben Moreton at Warwick using scanning tunnelling microscopy. A higher resolution technique was however needed to unravel its atomic-level anatomy.

“The key to achieving atomic resolution was an atomically sharp and defined tip apex as well as the very high stability of the system,” explains IBM scientist Dr. Leo Gross. “We prepared our tip by deliberately picking up single atoms and molecules and showed that it is the foremost tip atom or molecule that governs the contrast and resolution of our AFM measurements.”

This technique was first published in the journal of Science back in August 2009.

The chemical recipes for making olympicene, along with a whole range of other molecules, are posted on the ChemSpider Synthetic Pages (CSSP), where scientists can record and share the best ways to do specific reactions.

Video from IBM on Olympicene: