More than 2 billion years ago, a much fainter sun should have left the Earth as an orbiting ice ball, unfit to develop life as we know it today. Why the Earth avoided the deep freeze is a question that has puzzled scientists, but Purdue University's David Minton believes he might have an answer.

"If you go back in time to about 2 billion years ago, the earth should have been frozen over," said Minton, an assistant professor of earth, atmospheric and planetary sciences. "There's a lot of geological evidence that the Earth wasn't frozen over. So, what is not equal? That is the Faint Young Sun Paradox." 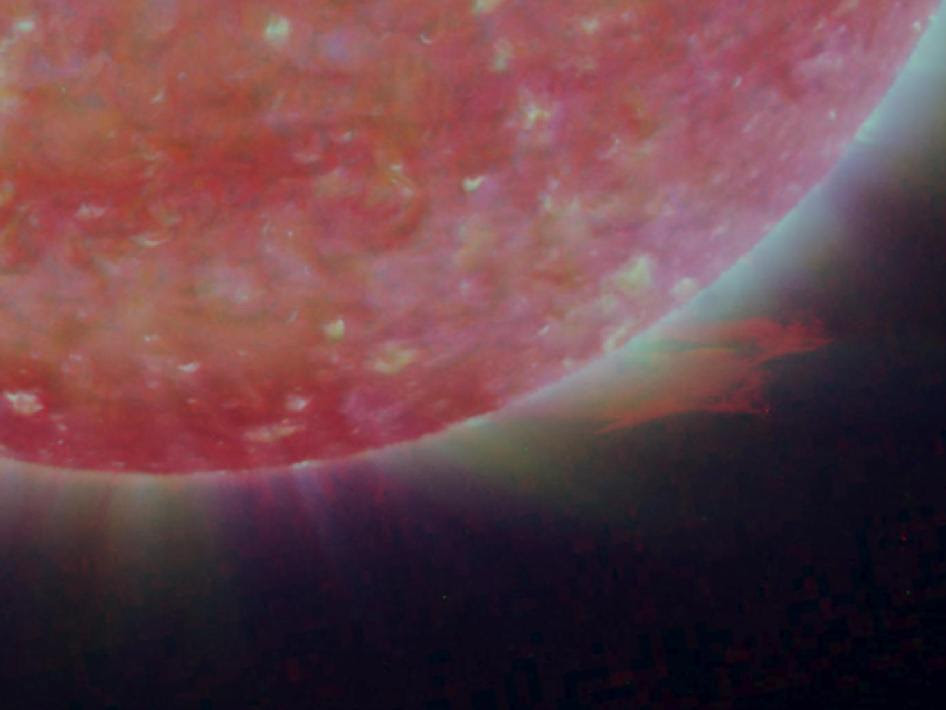 Minton has offered a hypothesis of why the Earth avoided freezing over during a period when, according to geological and astrophysical observations, the sun burned at about only 70 percent of its current brightness. In short, he believes our planet might have been in a warmer place.

"I calculated to keep the Earth from being frozen over at the beginning of its history, it would have to be 6 or 7 percent closer to the sun than it is now," Minton said. "It's a few million miles, but from an orbital mechanics standpoint, it's not that far. The question is what could make a planet move from one location to another?"

Minton proposes the Earth may have migrated from the sun over time through a process called planet-planet scattering, which occurs when one planet or more is ejected from its orbit, an increase in orbital separation occurs, or when planets collide. He presented his hypothesis recently at the Space Telescope Science Institute in Baltimore.

There are many possible ways a planet could move, but Minton said most alternatives could be ruled out because of the timeline involved.

"You have a huge time scale range from 1 billion to 10,000 years ago to work with," Minton said. "While most theories can be ruled out, planet-planet scattering is not ruled out. When a planet system or solar system forms there is no knowledge of how long they will be stable. They form and then they can go unstable in some time scale, and that time scale is set arbitrarily. Most of the instabilities happen early, and the longer you go in history, the more rare instabilities become. But rare does not mean never, and rare events can happen."

Minton speculates two proto-Venus planets existed at one point and went into a chaotic and unstable phase, crossing the Earth's path and boosting us to our familiar orbit.

The two proto-Venus planets then collided, forming the planet Venus that exists today.

"One way we could have ruled this out would be if Venus had a geological history older than 2 billion years ago. We know, though, Venus is a relatively young planet."

The oldest surface on Venus is estimated to be 500 million to 700 million years old, a relatively young surface by planetary science standards. Impact craters on Earth can stretch back 1 billion to 2 billion years old, with a variety of ages on the surface.

"Venus looks like it became one age all at once," Minton said. "Venus could look like it does because at some point in the last billion years it was two planets that collided and had this catastrophic event. This hypothesis of the Faint Young Sun Paradox fits the evolution of Venus."

Minton will continue to research his hypothesis, which, if proven, could have several ramifications.

"It could say something about the evolution of life on Earth," Minton said. "Depending on when it happened, it could have had a major effect on the Earth's biosphere. You're basically shifting the Earth's orbit from one area to another pretty dramatically."

Minton said researchers from numerous disciplines have worked to solve the Faint Young Sun Paradox, including those from solar physics, astrophysics, geology, climatology and planetary sciences.

"It's one of the most all-inclusive subject areas in earth science because trying to understand it requires communicating with all of these different fields," he said.

VIDEO:
David Minton's presentation at the Space Telescope Science Institute:https://webcast.stsci.edu/webcast/detail.xhtml?talkid=2983&parent=1
on May 30, 2012