It seems that while the practice of bloodletting throughout history had little or no effect on most diseases, and the practice was abandoned in the 19th century, new research published in BioMed Central’s open access journal BMC Medicine demonstrates that blood donation has real benefits for obese people with metabolic syndrome. Two sessions of bloodletting were enough to improve blood pressure and markers of cardiovascular disease.

Bloodletting in 1860, one of only three known photographs of the procedure. 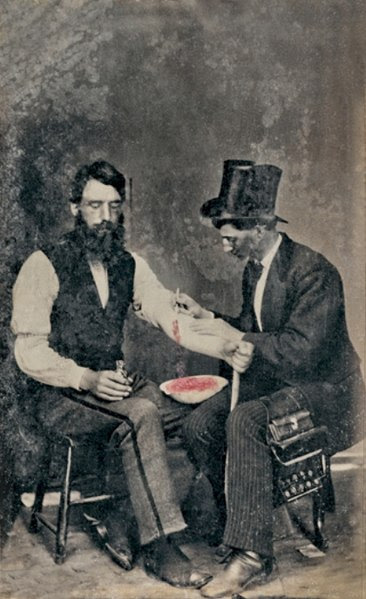 Metabolic syndrome is the name given to a host of difficulties affecting people who are obese. This includes insulin resistance, glucose intolerance, dyslipidemia and hypertension and leads to an increased risk of diabetes and cardiovascular disease. Since it is known that accumulation of iron in the body is also associated with hypertension and diabetes researchers from Berlin and University Duisburg-Essen randomly assigned patients with metabolic syndrome into two groups, those undergoing iron reduction by phlebotomy and controls.

The iron-reduction patients had 300ml of blood removed at the start of the trial and between 250 and 500ml removed four weeks later. Six weeks later, allowing plenty of time for blood volume to be replaced, the patients who gave blood had a significant reduction in systolic blood pressure (from 148 mmHg to 130 mmHg) as well as reduction in blood glucose levels and heart rate, and an improvement in cholesterol levels (LDL/HDL ratio). 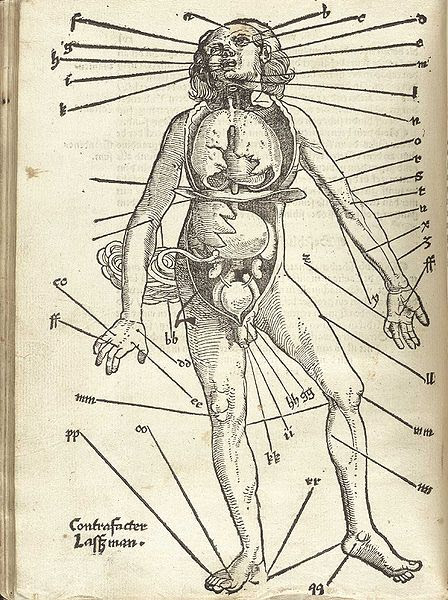 Prof Andreas Michalsen from the Charité-University Medical Centre, Berlin, who led this research explained, “Consecutive reduction in iron stores was able to improve markers of cardiovascular risk and glycemic control. Consequently blood donation may prevent not just diabetes but also cardiovascular disease for the obese. Obviously this treatment will not be suitable for people with anaemia however for those eligible for treatment blood donation may prevent escalation of their condition.”