An international team of astronomers has discovered a planet beyond our solar system, which could have perfect conditions for life. The new planet is 22 light years away and orbits its own sun-like star in just the right distance to inherit a moderate climate. So water should be liquid and the surface temperatures are expected to be similar to the Earth. 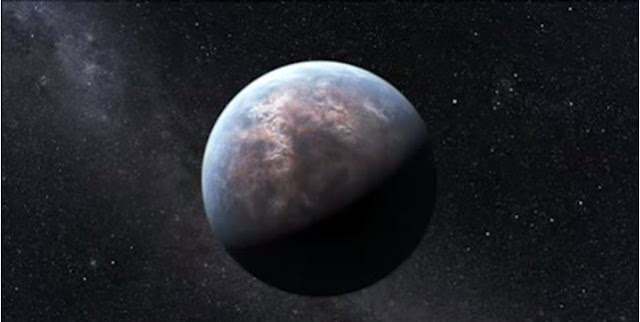 The planet is called Gliese 667Cc and was discovered indirectly with the radio-velocity method of the HARPS telescope in La Silla, Chile. It is only the fourth discovery of its kind.

Twenty years ago, scientists were arguing whether extra-solar planets existed in the universe. Nowadays scientists discover new planets beyond our solar system nearly every week. State-of-the-art telescopes are able to locate planets, which have only three or four times the mass of the Earth. These discoveries could one day help astronomers find life in one of these worlds.


Guillem Anglada-Escudé from the University Göttingen, Germany, is one of the main astronomers, who helped to confirm the existence of the new planet. It is called Gliese 667Cc and is orbiting around a red dwarf star, 22 light years away from the earth. Red dwarf stars are the most common stars in the neighborhood of the sun. Usually they host planets called gas giants which are not primarly composed of rock matter.

Anglada-Escudé and his colleagues have re-analysed data from the European Southern Observatory. These observations suggest, that Gliese 667 Cc is a solid planet with approximately 4.5 times the mass of the Earth. Astronomers now believe that habitable planets could be much more common in our universe than previously assumed.

The scientists have calculated that Gliese 667Cc receives 10 % less light from its red dwarf star than the Earth from the Sun. Nevertheless most of the light is in the infrared area . Therefore, the new planet receives nearly the same amount of energy as the Earth. This means water on the planet could be liquid and the surface temperatures are expected to be similar to those of the Earth.

Steven Vogt is an astronomer from the University of California, Santa Cruz, whowas involved in the discovery of Gliese 667Cc, said: “It´s the Holy Grail of exo-planet research to find a planet orbiting around a star at the right distance so it´s not too close where it would lose all its water and not too far where it would freeze. It´s right there in the habitable zone – there´s no question or discussion about it. It is not on the edge. It is right in there.”

About twenty years ago scientists were still arguing about the existence of planets beyond our solar system. But the search for extrasolar planets has made giant leaps: in 1995 Michel Mayor and his partner Didier Queloz have published the discovery of the first extrasolar planet, which orbits around a Sun-like star, called 51 Pegasi b. This discovery was a milestone in astronomical research. Since then astronomers have confirmed the existence of more than 760 planets beyond our solar system; only four of them are believed to be in a habitable zone.

One of the most successful tools of planet hunters is the High Accuracy Radial Planetary Searcher (HARPS) telescope. HARPS measures the radial velocity of a star. Scientists using this telescope analyse the small wobbles in a star´s motion caused by the gravitational response of a planet and thus determine the position and size of a planet indirectly. Currently, they can detect planets which are 3-5 times the mass of the Earth. In the future, the sensitivity of the HARPS telescope will be increased even further, so that astronomers can detect planets, which are smaller than twice the mass of the Earth.

Guillem Anglada-Escudé hopes to soon find a twin of our Earth. “With the advent of new generation of instruments, researchers will be able to survey many dwarf stars for similar planets and eventually look for spectroscopic signatures of life in one of these worlds.”