Consumption levels between developed and developing nations must be rebalanced alongside a stabilisation of the world’s population by voluntary methods, according to a new report from the Royal Society.

The most developed and the emerging economies must stabilise consumption levels, then reduce them, to help the poorest 1.3 billion people to escape absolute poverty through increased consumption. Alongside this, education and voluntary family planning programmes must be supported internationally to stabilise global population. The new report, People and the Planet, is the result of a 21 month study by the Royal Society, the UK’s 350 year-old national academy of science, on the issues around global population. 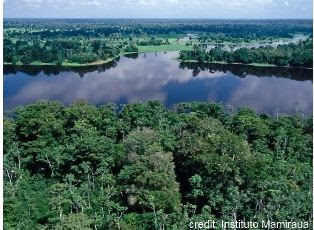 Sir John Sulston, Fellow of the Royal Society and Chair of the report working group, said: "The world now has a very clear choice. We can choose to address the twin issues of population and consumption. We can choose to rebalance the use of resources to a more egalitarian pattern of consumption, to reframe our economic values to truly reflect what our consumption means for our planet and to help individuals around the world to make informed and free reproductive choices. Or we can choose to do nothing and to drift into a downward vortex of economic, socio-political and environmental ills, leading to a more unequal and inhospitable future."

"We call on all governments to consider the issue of population carefully at the Rio+20 meeting and to commit to a more just future based not on material consumption growth for their nations, but on the needs of the global community, both present and future."
The report also assesses demographic trends from across the globe, encompassing population size, mortality, age structure, migration and urbanisation, highlighting various international and national trends, including:
Key case studies included South Korea, Kenya, Niger and the UK.

In addition to concluding that the consumption by those that consume most must be reduced and that health and voluntary family planning must be supported, the report features numerous other recommendations including:
Sir John Sulston said: “Ultimately, we should all strive for a world in which every individual has an opportunity to flourish. Science can help us to achieve this goal, not only by developing practical solutions that improve our health and living standards and optimise our use of resources, but also by identifying potential problems, such as emerging diseases or the impact of greenhouse gases. However, science is not a panacea and scientists alone cannot solve the challenges we now face. Humanity must now act collectively and constructively if we are to face the future with confidence.”

Sir John Sulston will present key findings of the report to delegations from United Nations Member States, in New York, on Tuesday, 1 May, ahead of the Rio+20 Conference.

Contacts and sources:
The Royal Society
on April 29, 2012