When Dinosaurs Roamed A Fiery Landscape

The dinosaurs of the Cretaceous may have faced an unexpected hazard: fire! In a paper published online today, researchers from Royal Holloway University of London and The Field Museum of Natural History in Chicago have shown that during the Cretaceous (145-65 million years ago) fire was much more widespread than previously thought.

The researchers traced fire activity in the fossil record through the occurrence of charcoal deposits, compiling a global database for this time interval. "Charcoal is the remnant of the plants that were burnt and is easily preserved in the fossil record," explained Professor Andrew C. Scott, the project leader from Royal Holloway. 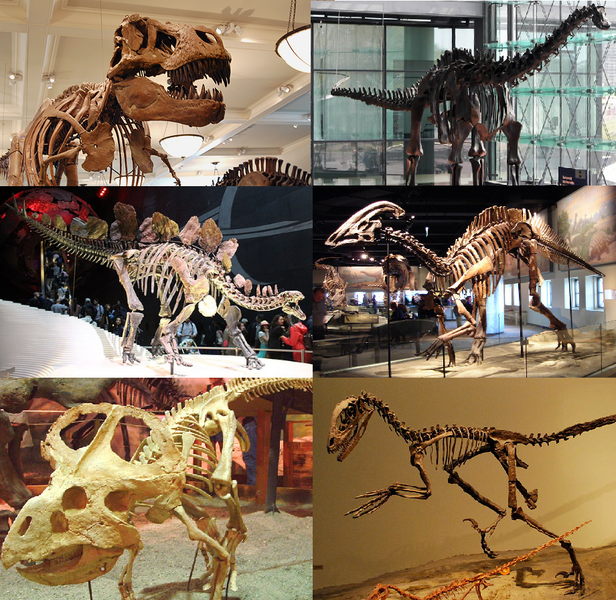 This period was a greenhouse world where global temperatures were higher than those of today. Lightning strikes would have been the main trigger for these wildfires, but this period was also one when atmospheric oxygen levels were high.

Ian Glasspool from The Field Museum and one of the report authors, points out that this "was why fires were so widespread. As at such periods – unlike today – plants with higher moisture contents could burn."

The prevalence of fires throughout the Cretaceous would have created a more disturbed environment. Professor Scott highlighted that, "Until now, few have taken into account the impact that fires would have had on the environment, not only destroying the vegetation but also exacerbating run-off and erosion and promoting subsequent flooding following storms." These past events may give some insights into how increased fire activity today may impact the world we live in.

The researchers are now assessing the impact that these fires would have had upon dinosaur communities. The research is published in the journal Cretaceous Research.
Contacts and sources:
Nancy O'Shea
Field Museum

The paper, entitled "Cretaceous wildfires and their impact on the Earth system" is published in Cretaceous Research doi:10.1016/j.cretres.2012.02.008

Images courtesy of the Royal Tyrrell Museum. Albertosaurus from the Cretaceous of Alberta Canada.

Charcoal fragment from the Cretaceous of Dinosaur Provincial Park, Alberta Canada.
on March 29, 2012