The United States is now in a better position than at any time in the past to maintain a safe and effective nuclear weapons stockpile without testing and to monitor clandestine nuclear testing abroad, says a new report from the National Research Council. The report, requested by the Office of the Vice President and the White House Office of Science and Technology Policy, reviews and updates a 2002 study that examined the technical concerns raised about the Comprehensive Nuclear Test Ban Treaty (CTBT). The report does not take a position on whether the U.S. should ratify the treaty. 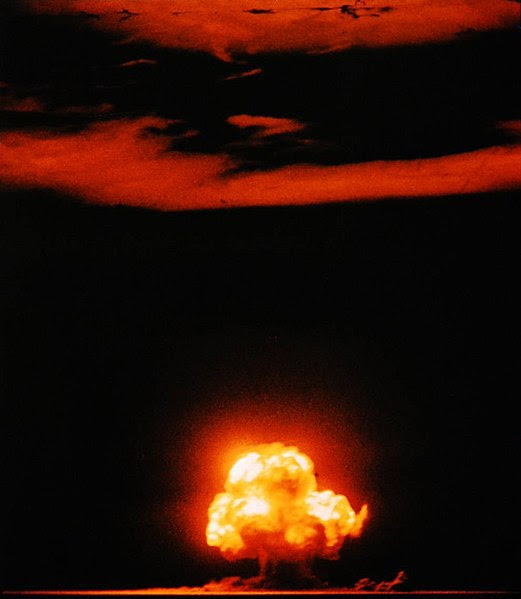 "So long as the nation is fully committed to securing its weapons stockpile and provides sufficient resources for doing so, the U.S. has the technical capabilities to maintain safe, reliable nuclear weapons into the foreseeable future without the need for underground weapons testing," said Ellen D. Williams, chief scientist at BP and chair of the committee that wrote the report. "In addition, U.S. and international technologies to monitor weapons testing by other countries are significantly better now than they were a decade ago."

U.S. verification of compliance with the CTBT would be accomplished through a combination of information gathered by the U.S. military and intelligence agencies, the International Monitoring System (IMS), which is now more than 80 percent complete, and other publicly available geophysical data. U.S. global monitoring capabilities are superior to those of the IMS and can focus on countries of national concern, the report says. However, the IMS provides valuable data to the U.S., both as a common baseline for international assessment and as a way of disclosing potential violations when the U.S. needs to keep its own data classified. Therefore, the U.S. should support both the completion of the IMS and its operations regardless of whether CTBT enters into force, the report says.

The improvements in the IMS and the U.S. monitoring network reduce the likelihood of undetected nuclear explosion testing and inhibit development of new types of strategic nuclear weapons, the report says. Technologies for detecting clandestine testing in four environments -- underground, underwater, in the atmosphere, and in space -- have improved significantly in the past decade. In particular, seismology, the most effective approach for monitoring underground nuclear explosion testing, can now detect underground explosions well below 1 kiloton in most regions. A kiloton is equivalent to 1,000 tons of chemical high explosive. The nuclear weapons that were used in Japan in World War II had yields in the range of 10 to 20 kilotons.

The report acknowledges that weapons threats could arise without being detected even if a test ban existed. For example, a rudimentary nuclear weapon could be built and deployed without testing by a nation with access to sufficient material, or a previously tested weapon design might be manufactured without further testing by a country that obtained the design. Such weapons could pose local or regional threats "of great concern," but they would not require the U.S. to return to weapons testing in order to respond, the report says. The U.S. already has or could produce weapons of equal or greater capability based on its own nuclear explosion test history. In addition, if the U.S. determined that there was a technical need to develop a new type of nuclear weapon that has not been tested previously, it could invoke the "supreme national interest clause" and withdraw from the CTBT.

The administration and Congress should develop and implement a comprehensive plan with a clear strategy for maintaining the nation's nuclear deterrence capabilities and competencies, the report says. The nation's Stockpile Stewardship Program, which collectively maintains the safety and reliability of the U.S. nuclear weapons arsenal in the absence of testing, has had "significant advances" in technical knowledge and capability since the 2002 report, such as completion and operation of new major research facilities. The report calls for a strong national commitment to recruiting and sustaining high-quality workers, repairing aging infrastructure, and strengthening the science, engineering, and technology base for both stockpile maintenance and monitoring capabilities.

Initiated nearly 50 years ago under President Eisenhower, negotiations for the CTBT were completed in 1996. The treaty has been signed by 182 nations, including the United States. The pact, which would prohibit nuclear weapons testing in all environments, would establish a network of monitoring stations to help track compliance and provide for inspections of suspected tests. It would permit research, development, and design activities by the nuclear-weapon states, but experiments producing a nuclear yield would be forbidden.

The treaty would enter into force after ratification by the 44 countries that either already possessed nuclear weapons or had nuclear reactors in 1996. To date, 36 have done so, including Russia, the United Kingdom, and France. The U.S. Senate failed to give its advice and consent to ratification in 1999. The Obama administration has indicated that it will seek ratification. The U.S. has observed a testing moratorium since October 1992.