This raw image from NASA's Cassini spacecraft was taken on March 27, 2012.

These raw, unprocessed images of Saturn's moons Enceladus, Janus and Dione were taken on March 27 and 28, 2012, by NASA's Cassini spacecraft.

Cassini passed Enceladus first on March 27, coming within about 46 miles (74 kilometers) of the moon's surface. The encounter was primarily designed for Cassini's ion and neutral mass spectrometer, which "tasted" the composition of Enceladus' south polar plume. Other instruments, including the Cassini plasma spectrometer and composite infrared spectrometer, also took measurements.

Before the closest approach of this encounter, Cassini's cameras imaged the plume, which is comprised of jets of water ice and vapor, and organic compounds emanating from the south polar region. Later, the cameras captured a nine-frame mosaic of the surface of the moon's leading hemisphere as the spacecraft left the moon.

This raw image from NASA's Cassini spacecraft was taken on March 27, 2012. The camera was pointing toward Saturn's moon Janus. 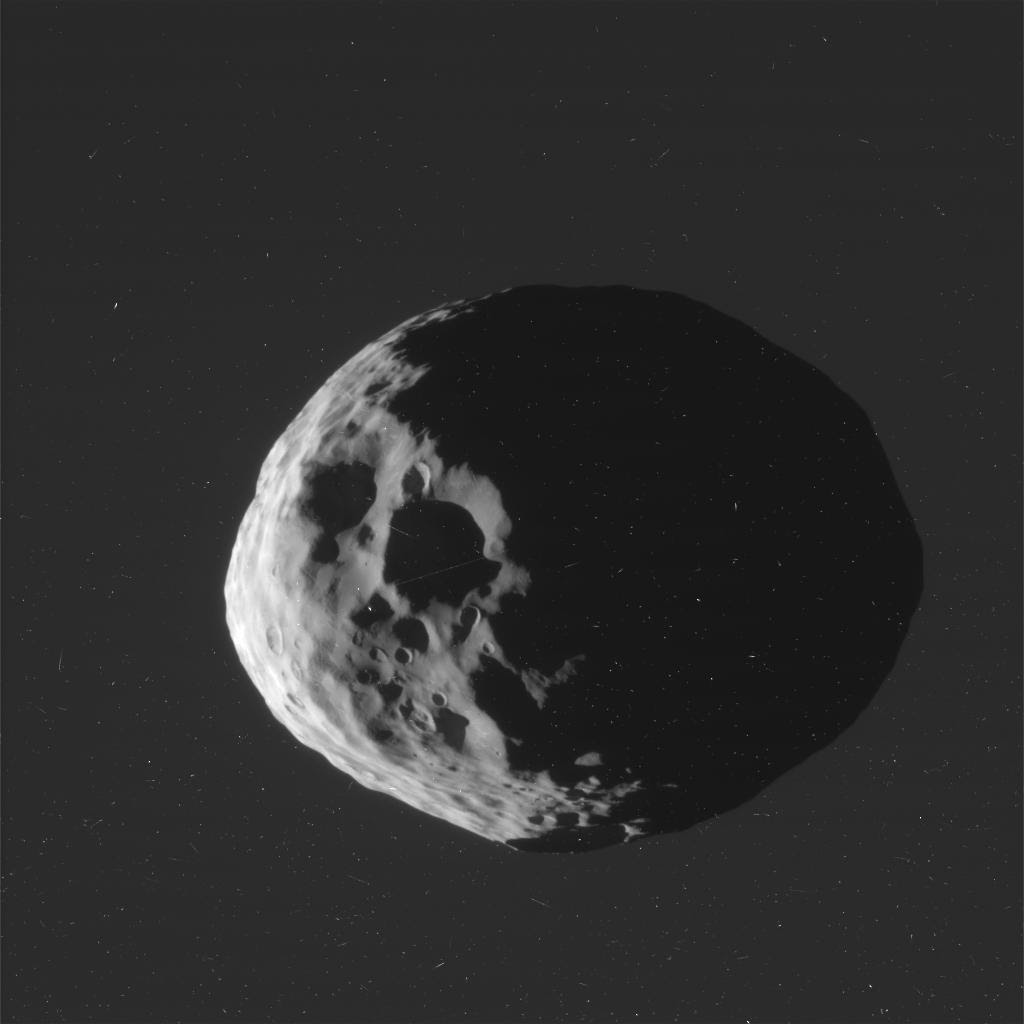 After the Enceladus encounter, Cassini passed the small moon Janus with a closest approach distance of 27,000 miles (44,000 kilometers). The planet was in the background in some of these views.

Early on March 28, the spacecraft flew by Dione at a distance of 27,000 miles (44,000 kilometers) and collected, among other observations, a nine-frame mosaic depicting the side of the moon that faces away from Saturn in its orbit.

This raw image from NASA's Cassini spacecraft was taken on March 28, 2012. The camera was pointing toward Saturn's moon Dione at approximately 27,668 miles (44,528 kilometers) away. 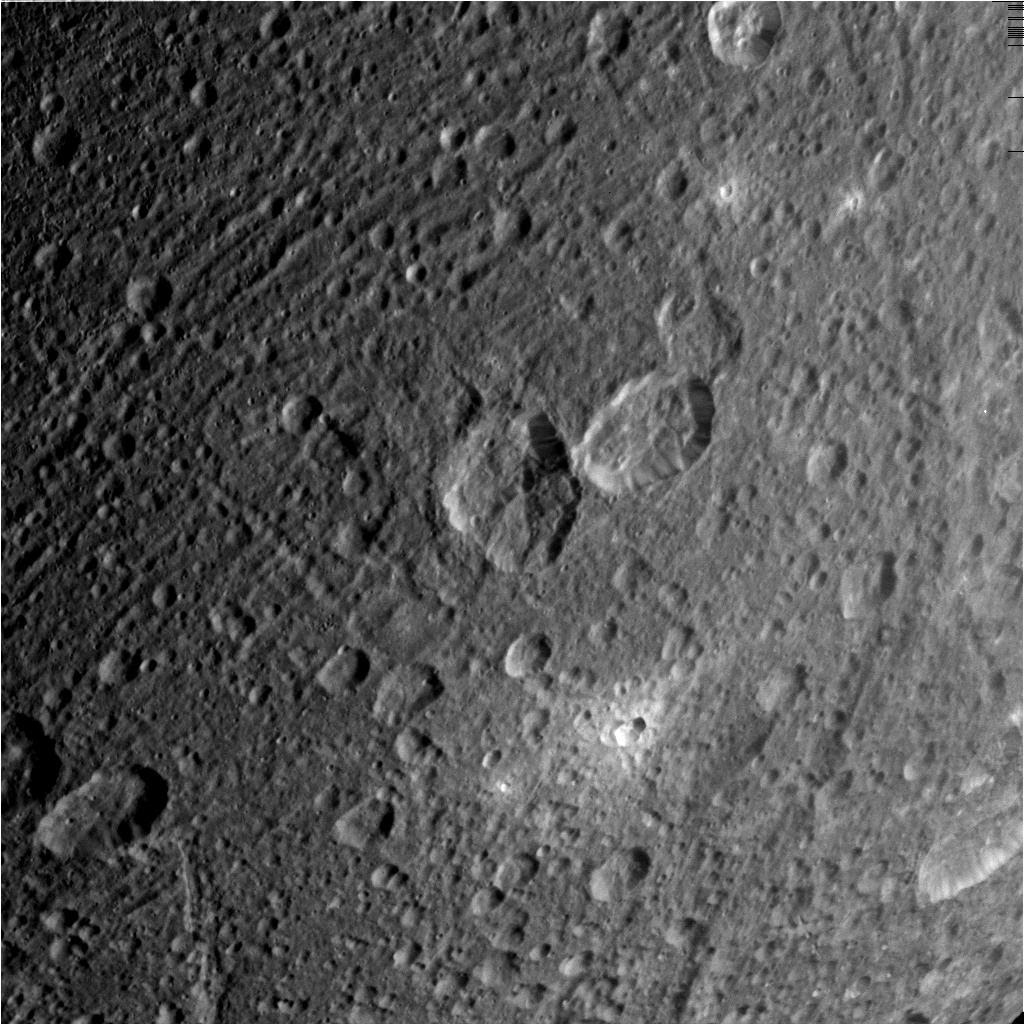 All of Cassini's raw images can be seen at http://saturn.jpl.nasa.gov/photos/raw/.

The Cassini-Huygens mission is a cooperative project of NASA, the European Space Agency and the Italian Space Agency. NASA's Jet Propulsion Laboratory in Pasadena manages the mission for the agency's Science Mission Directorate in Washington. The Cassini orbiter and its two onboard cameras were designed, developed and assembled at JPL. The imaging operations team is based at the Space Science Institute in Boulder, Colo. JPL is a division of Caltech.