Anthropology gives scientists and policy-makers an edge, a new window to learn from the past

Vulnerability to climate change presents policy challenges to local, state, regional, national and international entities, particularly at a time when the public and policy-makers still struggle conceptually with the complexities of rising ocean levels, falling water tables and shifting ecoclines. How can we plan sustainably for an unknowable future outcome? Arizona State anthropologist Michelle Hegmon says, look back to simpler times. 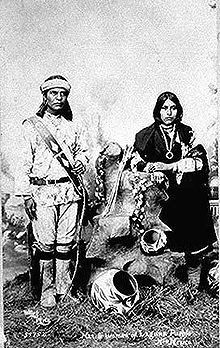 Hegmon believes that there is power in the scope of our own human history and experience: "Anthropologists are able to humanize complex situations and ask what it was like to live in societies over long periods of time. Understanding more how different societies adapted to change and what it was like to live in those societies reveals ways to approach our own modern social dilemmas." She investigates these issues with an innovative approach that involves drawing on seven dimensions of human security developed by the United Nationals Development Programme. Hegmon has developed methods of applying these dimensions – originally intended to today's world – to understand human experience in the archaeologically known past.

A professor in the School of Human Evolution and Social Change in ASU's College of Liberal Arts and Sciences, Hegmon's forward-thinking research focuses on decades of work she and ASU colleague Margaret Nelson have done in the Mimbres region of southwest New Mexico. The duo demonstrated that what had been perceived as the end of the Mimbres culture (the disappearance of a spectacular style of pottery) was actually a reorganization, in which people left their large villages, relocated to smaller hamlets scattered across the region, and began to make and use new styles.

Understanding what fueled past societies' resilience, the implications for future human security and how to apply that knowledge to modern times is the focus of Hegmon's talk "Socially created vulnerabilities and their human costs: Archaeological perspectives," on Friday, Feb. 19 at the annual American Association for the Advancement of Science (AAAS) meeting in Vancouver, Canada.

Hegmon's study of this transition offer lessons about the pressures that face societies in times of changing climate. One of the key issues, she notes is that "there are always tradeoffs." A policy that is good for the environment may be difficult for some people; an irrigation system that buffers people from fluctuations in rainfall may make them more vulnerable to floods.

Hegmon and her collaborators at the AAAS symposium are also applying this approach to broad comparisons that investigate a variety of past societies in the U.S. Southwest and in North Atlantic (including the Norse settlement of Greenland and Iceland). What unites these approaches is the researchers' concern with drawing on the past to help the future, their comparative perspective, and their explicit concern with the human experience in these societies' successes and failures.

"With the right methods and questions, these new methods can humanize our understanding of what it was like to live in other times and places," says Hegmon. "That knowledge, even if it isn't always rosy, is critical to thinking about and developing solutions for our choices during a time of climactic change."

"Anthropology gives scientists and policy-makers an edge, a new window to learn from the past," she adds.

Hegmon holds a doctoral degree in anthropology from the University of Michigan. She has worked on projects that range from the archeology of the American Southwest, to examination of feminist theory, gender and archeology. Hegmon is part of several transdisciplinary teams, including the Long-Term Vulnerability and Transformation Project funded by the National Science Foundation, and the North Atlantic Bicultural Organization (NABO). She is also the director of MimPIDD (Mimbres Pottery Image Digital Database), funded by the Turner Foundation. Contacts and sources:
Margaret Coulombe
Arizona State University
on February 19, 2012