With environmental threats on the rise and more than 120 countries now in favor of reforming international environmental governance, conditions are right to create a new, specialized global environmental agency, says one of the world's leading scientists.

In a keynote address to government ministers meeting Tuesday in Kenya, Zakri Abdul Hamid, Science Advisor to the Prime Minister of Malaysia and former co-chair of the UN Millennium Ecosystem Assessment, says the world cannot afford the "overlapping mandates, funding requests and a lack of coordination and coherence," that characterizes today's "sprawling, decentralized regime" of global environment-related conventions and organizations. 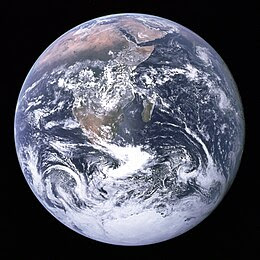 "Besides making our limited resources work harder, we need to move beyond negotiating problem statements to capacity building and implementing solutions," he told the Ministerial Roundtable Discussion on the Institutional Framework for Sustainable Development, meeting at the Nairobi headquarters of the United Nations Environment Programme.

"We need better integration of science and policy in decision-making. We need to ensure that agendas set at the global level are not just abstract ideas at the local level, that we create resilient, resource efficient and prosperous communities treading lightly on the environment.

Prof. Zakri noted that world leaders have "embraced and repeated the mantra that the status quo is not an option, that the time has come to act.

"At the end of each milestone global environmental event we declared: 'The planet is in peril and we must do something about it or humankind will be the ultimate losers. We agreed and formally recognized that, to address poverty, we have to address the environment and vice versa.'

"Today, however, we find ourselves far short of what's needed to relieve poverty and reverse environmental decline." Options distilled from years of deliberation centre on strengthening the capacity of UNEP, a UN programme, or creating a new specialized agency for the environment -- "a locus for effective decision-making akin to world organizations governing common human interests in areas such as trade, health and nuclear technology."

"I want to underline that establishing a specialized agency does not mean establishing a watchdog for environment at the expense of economic development," says Prof Zakri. "The agency envisioned is a facilitator of environment-related coherence and cooperation. The focus is on helping member states, particularly developing countries and countries with economies in transition, to meet environmental commitments through their national development strategies."

Europe is expected to press for reform of environmental governance as a top priority when governments meet in June at the "Rio+20" conference in Brazil, convened to assess progress since the milestone 1992 Earth Summit, itself a 20th anniversary event marking the 1972 UN Stockholm Conference on the Human Environment.

Europe envisions a new agency with the same charter as UNEP but more money, more staff and more heft in the UN system. UNEP today, according to the European proposal, is "a body too low in the UN family to exert its influence."

Resistance to the idea has been expressed by some powerful countries including the US and Brazil, the latter concerned that economic progress in developing countries could be compromised.

Prof. Zakri, however, asserts that "reforming our system of governance will help improve our economic engine in ways essential to humanity's long-term interests, nurturing the robust, green economy towards which we all strive, one characterized by low carbon emissions, highly efficient use of resources, and a healthy, well-educated populace."

"When we celebrate the next anniversary of the landmark meeting in Stockholm, let's make sure we can say that we've done exactly that and instituted the transformative change required to reverse the trend of environmental degradation and improve human well-being."