For Disaster Debris Arriving From Japan, Radiation Least Of The Concerns

The first anniversary is approaching of the March, 2011, earthquake and tsunami that devastated Fukushima, Japan, and later this year debris from that event should begin to wash up on U.S. shores – and one question many have asked is whether that will pose a radiation risk.

The simple answer is, no.

Nuclear radiation health experts from Oregon State University who have researched this issue following the meltdown of the Fukushima Dai-ichi nuclear plant say the minor amounts of deposition on the debris field scattered in the ocean will have long since dissipated, decayed or been washed away by months of pounding in ocean waves. 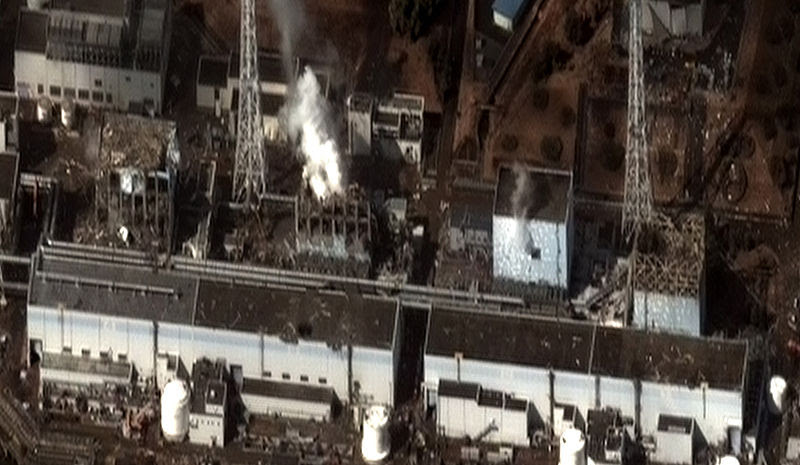 However, that’s not to say that all of the debris that reaches Pacific Coast shores in the United States and Canada will be harmless.

“The tsunami impacted several industrial areas and no doubt swept out to sea many things like bottled chemicals or other compounds that could be toxic,” said Kathryn Higley, professor and head of the Department of Nuclear Engineering and Radiation Health Physics at OSU.

“If you see something on the beach that looks like it may have come from this accident, you shouldn’t assume that it’s safe,” Higley said. “People should treat these debris with common sense; there could be some things mixed in there that are dangerous. But it will have nothing to do with radioactive contamination.”

Higley and other OSU experts have been active in studying the Fukushima accident since it occurred, and are now doing research to help scientists in Japan better understand such issues as uptake of radioactive contamination by plants growing near the site of the accident. They also studied marine and fishery impacts near Japan soon after the incident.

“In the city and fields near Fukushima, there are still areas with substantial contamination, and it may be a few years before all of this is dealt with,” Higley said. “But researchers from all over the world are contributing information on innovative ways to help this area recover, including some lessons learned from the much more serious Chernobyl accident in 1986 in the Ukraine.”

Some of the technology to deal with this is complex. Other approaches, she said, can be fairly low-tech – removal of leaf litter, washing, plowing the ground, collecting and concentrating water runoff.

The repercussions of the event in the ocean, however, and implications for distant shores are much more subdued. Most of the discharge that was of concern was radionuclides of iodine and cesium, which were deposited on widely dispersed, floating marine debris days after the tsunami. Most of the iodine by now will have disappeared due to radioactive decay, and the cesium washed off and diluted in the ocean.

“There are a lot of misconceptions about radioactivity,” Higley said. “Many people believe that if it can be measured, it’s harmful. But we live in a world of radiation coming to us from the sun, or naturally present in the earth, or even from our own bodies.

“There are higher natural levels of radiation found all around the Rocky Mountains, for instance,” she said. “And we can still measure radioactive contaminants in nature from old atmospheric nuclear weapons tests more than 50 years ago.”

Like most of those other forms of radiation, Higley said, any measurable radioactivity found on debris from Fukushima should be at very low levels and of no health concern – much less, for instance, than a person might receive in a single X-ray.

Debris from Japan should start to arrive in the U.S. and Canada late this year or in 2013 following normal ocean currents, say other OSU experts who are studying this issue. When they do, some aspects of them might be dangerous – a half-filled, floating, sealed bottle of a toxic chemical, for instance. So people should exercise caution.

But they don’t need to worry about radiation.