A new study led by the University of Melbourne has shown that weaver ants share a collective memory for the odour of ants in rival nests, and use the information to identify them and compete, similar to how sports fans know each other instantly by their unique colours.

The ant colony collective memory gives them an edge in a competitive world by priming all nest mates with information about rivals before they encounter them, said study leader Professor Mark Elgar from the University's Department of Zoology. 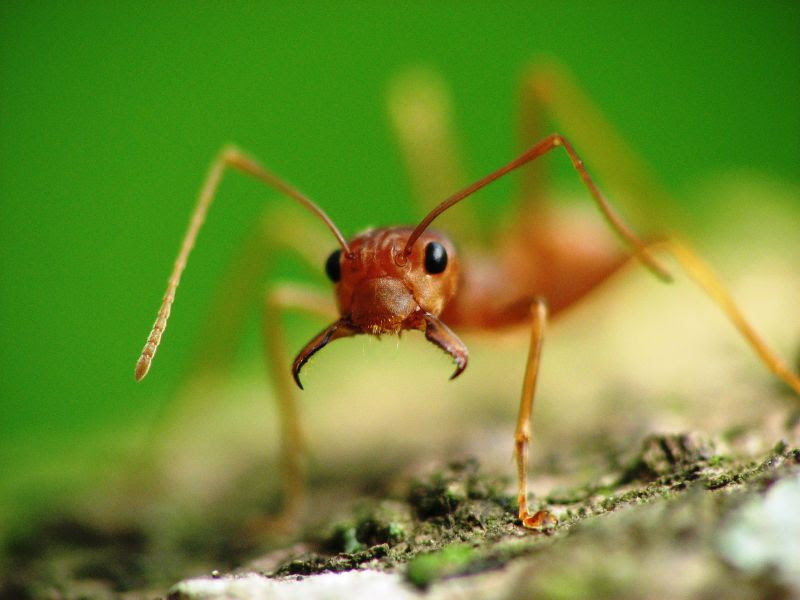 "This communication highlights the impressive nature of ant societies because the colonies of some species, like weaver ants, can consist of networks of nests containing millions of workers," said Professor Elgar.

The research is published in the current issue of the international journal Naturwissenschaften and included researchers from the Departments of Zoology and Mathematics and Statistics at the University of Melbourne.

The research team conducted experiments with colonies of weaver ants (Oecophylla smaragdina) who are more aggressive to ants from nearby rival nests, just as sporting rivalry is greater between teams from the same city, prime examples include Carlton and Collingwood in Australian rules football or Manchester City and Manchester United

The scientists took ants from 12 colonies of weaver ants and challenged them with intruders from other colonies that were either familiar or unfamiliar to them, based on previous experimental challenges.

"We find that once an ant has had an encounter with a rival, it can go back to its colony and pass on information about the rival's smell and about how aggressive the interaction was.

"When a colony was exposed to intruders from the same rival nest repeatedly, we saw the encounters were increasingly aggressive, suggesting that ants were passing on information about the frequency of interaction to their nest mates as well as information about their identity."

The next step for the research team is to understand what chemical and behavioural cues the ants use to communicate this complex information.

Weaver ants build intricate nests in trees and are found in northern Australia, India and Africa.


Contacts and sources:
Nerissa Hannink
University of Melbourne
on February 21, 2012