As early as the summer of 1996, a 20 x 30 kilometer (12.4 x 18.6 mile) patch of Earth lying just west of the South Sister Volcano started to rise. Joined by the North and Middle Sisters, the Three Sisters volcanoes are the most prominent peaks in the Central Oregon stretch of the Cascade Mountains, a landscape littered with the remnants of volcanic activity. 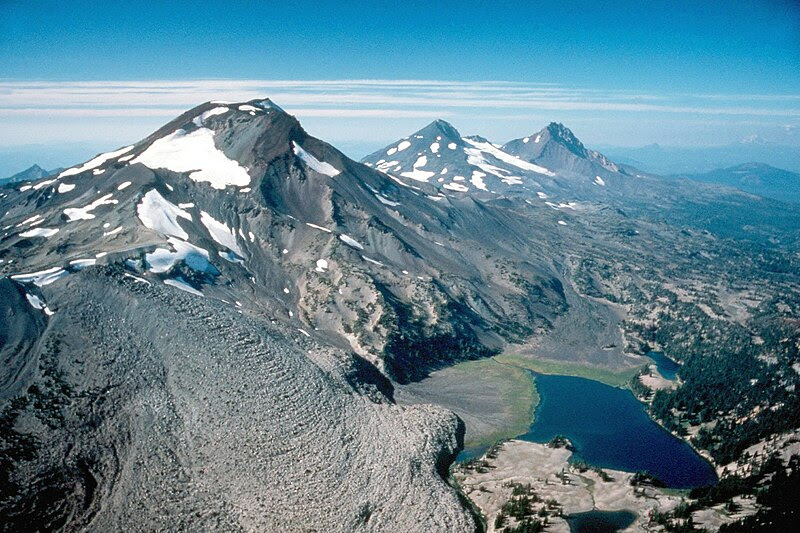 Though there has not been an eruption in the region in at least 1,200 years, the detected deformations presented a cause for concern and the region was put under continuous monitoring. Riddick and Schmidt, continuing the work initiated by other researchers, report on 14 years of satellite-based monitoring, describing the variable rate of the ground's movements and the likely cause of the activity-a sizeable magma intrusion lying 5-7 km (3-4 miles) underground.

Drawing data from the European Space Agency's European Remote Sensing (ERS) and Envisat radar satellites, the authors find that the terrain deformation went through three distinct phases since its onset. From 1996 to 1998, the ground rose by 1 centimeter per year (0.4 inches per year). The uplift rate rose to 3-4 cm per year (1.2-1.6 inches per year) between 1998 and 2004, then declined to only a few millimeters per year for the rest of the decade, resulting in a total of 25 cm (9.8 inches) of uplift to date.

Analyzing the topographic changes led the researchers to suggest that the previously hypothesized magmatic intrusion had a volume between 50 million and 70 million cubic meters (65 million and 92 million cubic yards). Whether the uplift is the indication of an imminent eruption depends on whether it is a stand-alone event or part of a series of similar intrusions, a question that can only be answered through continued monitoring, the researchers say.