Scientists at The Scripps Research Institute have discovered that DNA stays too tightly wound in certain brain cells of schizophrenic subjects.

The findings suggest that drugs already in development for other diseases might eventually offer hope as a treatment for schizophrenia and related conditions in the elderly.

The research, now available online in the new Nature journal, Translational Psychiatry, shows the deficit is especially pronounced in younger people, meaning treatment might be most effective early on at minimizing or even reversing symptoms of schizophrenia, a potentially devastating mental disorder associated with hallucinations, delusions, and emotional difficulties, among other problems.

"We're excited by the findings," said Scripps Research Associate Professor Elizabeth Thomas, a neuroscientist who led the study, "and there's a tie to other drug development work, which could mean a faster track to clinical trials to exploit what we've found."

This is associate professor Elizabeth Thomas. 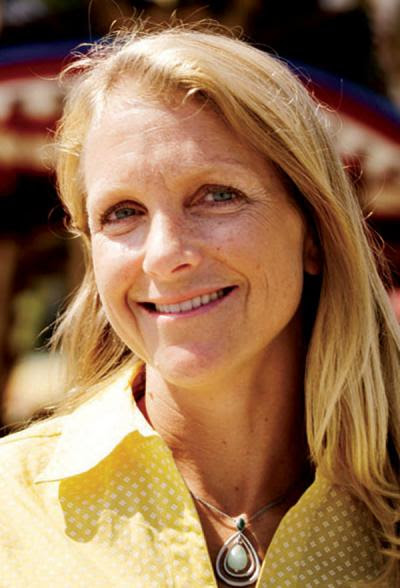 Over the past few years, researchers have increasingly recognized that cellular-level changes not tied to genetic defects play important roles in causing disease. There is a range of such so-called epigenetic effects that change the way DNA functions without changing a person's DNA code.

One critical area of epigenetic research is tied to histones. These are the structural proteins that DNA has to wrap around. "There's so much DNA in each cell of your body that it could never fit in your cells unless it was tightly and efficiently packed," said Thomas. Histone "tails" regularly undergo chemical modifications to either relax the DNA or repack it. When histones are acetylated, portions of DNA are exposed so that the genes can be used. The histone-DNA complexes, known as chromatin, are constantly relaxing and condensing to expose different genes, so there is no single right or wrong configuration. But the balance can shift in ways that can cause or exacerbate disease.

DNA is the guide that cellular machinery uses to construct the countless proteins essential to life. If portions of that guide remain closed when they shouldn't because histones are not acetylated properly, then genes can be effectively turned off when they shouldn't be with any number of detrimental effects. Numerous research groups have found that altered acetylation may be a key factor in other conditions, from neurodegenerative disorders such as Huntington's disease and Parkinson's disease to drug addiction.

Thomas had been studying the roles of histone acetylation in Huntington's disease and began to wonder whether similar mechanisms of gene regulation might also be important in schizophrenia. In both diseases, past research in the Thomas lab had shown that certain genes in sufferers were much less active than in healthy people. "It occurred to me that we see the same gene alterations, so I thought, 'Hey, let's just try it,'" she said.

Working with lead author Bin Tang, a postdoctoral fellow in her lab, and Brian Dean, an Australian colleague at the University of Melbourne, Thomas obtained post-mortem brain samples from schizophrenic and healthy brains held at medical "Brain Banks" in the United States and Australia. The brains come from either patients who themselves agreed to donate some or all of their bodies for scientific research after death, or from patients whose families agreed to such donations.

A great deal of epigenetic research has focused on chemical alterations to DNA itself. Histone alterations have been much more difficult to study because such research requires that the histones and DNA remain chemically intact. Many researchers feared that these bonds were disrupted in the brain after death. However, Thomas's group was able to develop a technique for maintaining the histone-DNA interactions. "While many people thought this was lost, we were able to show that indeed these interactions are preserved in post-mortem brain, allowing us to carry out these studies," said Thomas.

Just what causes the acetylation defects among schizophrenic subjects—what keeps certain pages of the DNA guide closed—isn't clear, but from a medical perspective it doesn't matter. If researchers can reliably show that acetylation is a cause of the problem, they can look for ways to open the closed guide pages and hopefully cure or improve the condition in patients.

Thomas sees great potential. Based on the more pronounced results in younger brains, she believes that treatment with histone deacetylase inhibitors might well prove helpful in reversing or preventing the progression of the condition, especially in younger patients. Current drugs for schizophrenia tend to treat only certain symptoms, such as hallucinations and delusions, and the drugs have major side effects including movement problems, weight gain, and diabetes. If deacetylase inhibitors effectively treat a root cause of the disease and prove sufficiently non-toxic, they might improve additional symptoms and provide a major expansion of treatment options.

Interestingly, some of the cognitive deficits that plague elderly people look quite similar biologically to schizophrenia, and the two conditions share at least some brain abnormalities. So deacetylase inhibitors might also work as a treatment for age-related problems, and might even prove an effective preventive measure for people at high risk of cognitive decline based on family history or other indicators.

This study, "Disease- and age-related changes in histone acetylation at gene promoters in psychiatric disorders," was supported by the National Institutes of Health. Samples were provided by the Harvard Brain Tissue Resource Center, and Australia's Victorian Brain Bank Network. For more information on the research, seehttp://www.nature.com/tp/journal/v1/n12/abs/tp201161a.html