A new computer model takes account of the solar wind and its affect on Mercury.

Mercury, the smallest of the eight planets with a diameter of 4900 kilometres and the closest to the Sun, looks more like the Moon than the Earth from the outside. It is the only rocky planet that has a global magnetic field like Earth. But why is its magnetic field so much weaker than Earth’s? Scientists at the Technische Universität Braunschweig and the Max Planck Institute for Solar System Research have now presented a new explanation: the solar wind counteracts Mercury’s internal dynamo and thus weakens its magnetic field. 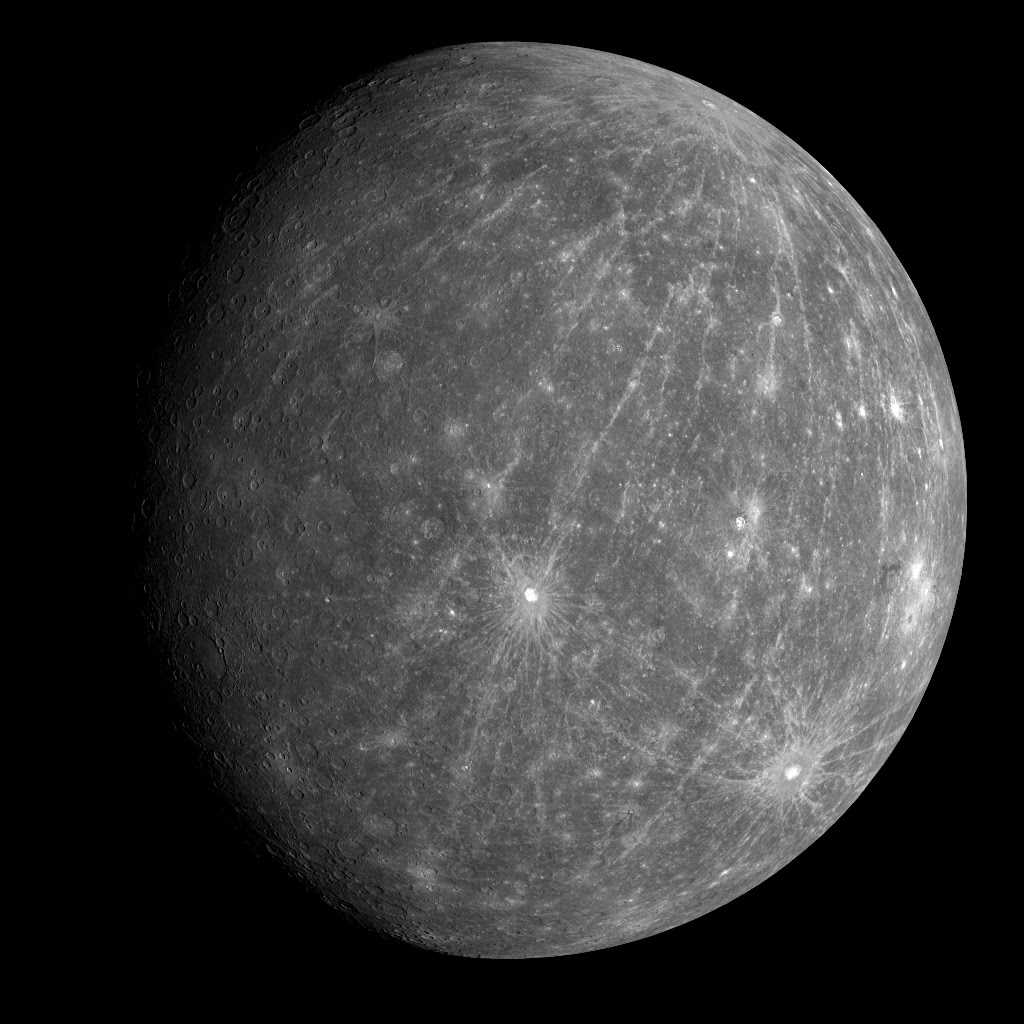 Planetary magnetic fields are generated by flows in the hot, liquid iron cores of the planets. Measurements made by Mariner 10 in 1974/75 showed that Mercury also has a magnetic field. According to the standard models, the dynamo effect in its metal core should generate similar field strengths to those on Earth. Mercury's magnetic field is 150 times weaker than that of our planet, however. This has recently been confirmed by the Nasa space probe Messenger.

How can the large discrepancy in the field strength be explained? This question has now been answered by a group headed by Karl-Heinz Glassmeier at the Technische Universität Braunschweig. The solar wind - a constant stream of charged particles - plays a significant role. At an average distance from the Sun of only 58 million kilometres - around one third of the distance of the Earth - Mercury is much more exposed to these particles.

We must keep in mind that Mercury stongly interacts with the surrounding solar wind, says Daniel Heyner, lead author of the article published in Science and doctoral student at the International Max Planck Research School (IMPRS) in Katlenburg-Lindau. This interaction drives strong electrical currents in the magnetosphere of the planet, whose magnetic fields counteract the internal dynamo effect.

The team's new computer models show that a dynamo with this type of feedback is actually possible. These types of simulation of the dynamo process are the only possibility to sort of look into the iron core and to predict the strength and structure of the magnetic field, says Johannes Wicht from the Max Planck Institute for Solar System Research, whose model made a significant contribution to the study. The results show unambiguously that the feedback ultimately causes the weak magnetic field. The dynamo process in Mercury's interior is almost nipped in the bud by the interaction, explains Glassmeier.

The researchers at the TU Braunschweig and the Max Planck Institute for Solar System Research are eagerly awaiting the next magnetic field measurements from the Messenger space probe and the observations of the two satellites of the European-Japanese mission BepiColombo. The mission will carry an instrument developed by the TU Braunschweig. Starting in 2020 the researchers want to measure Mercury's magnetic field with great precision. The new data should allow the confirmation of this fascinating new idea of a dynamo weakened by the solar wind.
HOR/TUB