Loch Ness Used To Track The Tilt Of The World

That the rise and fall of the tide is primarily driven by the gravitational pull of the moon and the Sun is common knowledge, but not all tides are controlled by such a standard mechanism. Researchers working on Loch Ness in Scotland find that rather than the loch's tide being driven directly by this so-called astronomical tide, it is also controlled by a process known as ocean tidal loading. 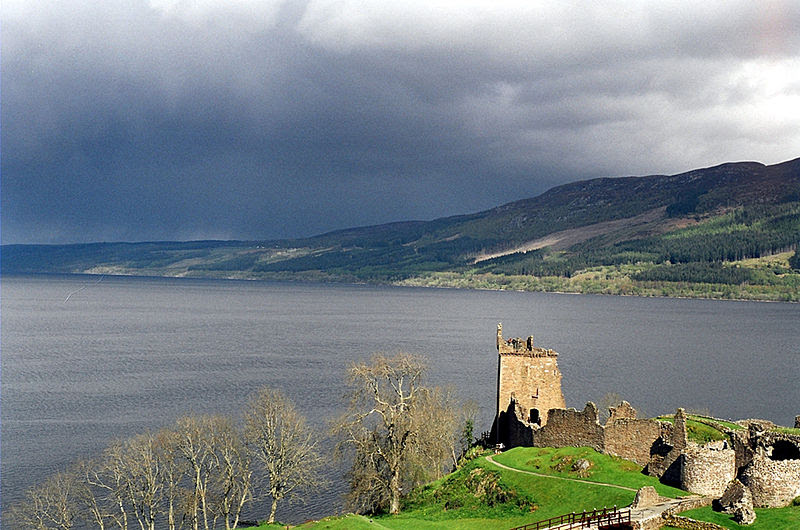 Loch Ness lies just 13 kilometers (8 miles) inshore from the North Sea. The astronomical tide redistributes the ocean to such an extent that the changing mass of water along the coast deforms the seafloor. As the ocean tide ebbs and flows, the surface of the Earth rises and falls.

Through a series of pressure sensors distributed throughout Loch Ness that measured the height of the water, and by ruling out other potential sources, Pugh et al. find that this local shift in the shape of the Earth-like a bowl of water on an unstable table-controls the loch's tide.

They find that the tide has a magnitude of 1.5 millimeters (0.06 inches), a measurement made to an accuracy of just 0.1 mm (0.004 in) over the loch's 35 km (22 mi) length. The authors suggest that this sensitivity in measuring the effects of tidal loading surpasses even that possible using Global Positioning Satellite receivers. The authors hope that similar experiments conducted at suitable lakes worldwide could be used to better understand oceanic tidal loading.