Domestication, the process whereby a population of animals or plants, through a process of selection, becomes accustomed to human provision and control, is a mark of human civilization. During domestication, the founder effect, which is first fully outlined by Ernst Mayr in 1942, is widespread. Founder effect is the loss of genetic variation that occurs when a new population is established by a very small number of individuals from a larger population.

Due to founder effect, that the genetic diversity in domestic species is lower than its wild ancestor is not surprising and this phenomenon has been observed on crops like soy bean and corn. But, for domestic animals, as most of theirs wild ancestors have already extinct or on the brink of extinction, what does the picture look like under the touch of founder effect is little known. One of the few exceptions is the wild boar, the ancestor of domestic pigs. Both wild boars and domestic pigs are widely distributed in the Old World, which provides an excellent opportunity to study the impacts of domestication on livestock genetic diversity. 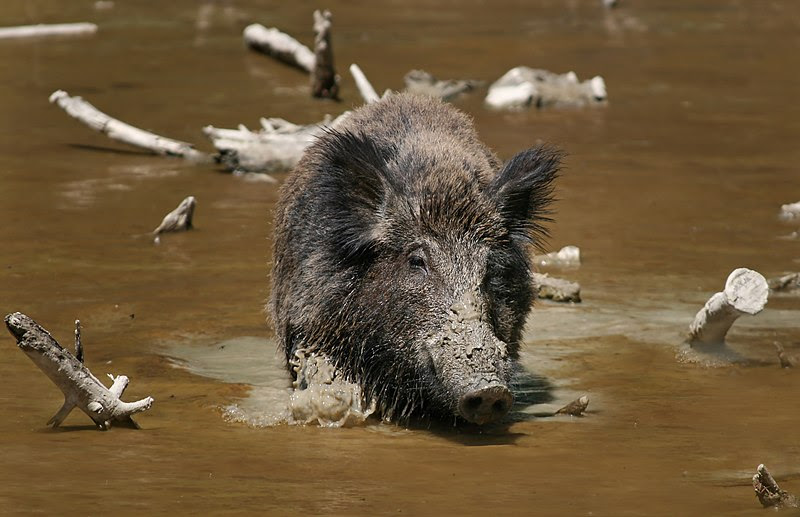 Recently, to reveal levels and patterns of nucleotide diversity and to elucidate the genetic relationships and demographic history of domestic pigs and wild boars, Ph.D candidate JI Yinqiu (Kunming Institute of Zoology, the CAS) and her colleagues investigated 14 nuclear markers (including 8 functional genes, 2 pseudogenes and 4 intergenic regions) from 11 different chromosomes in East Asia-wide samples and pooled them with previously obtained mtDNA data for a combined analysis. 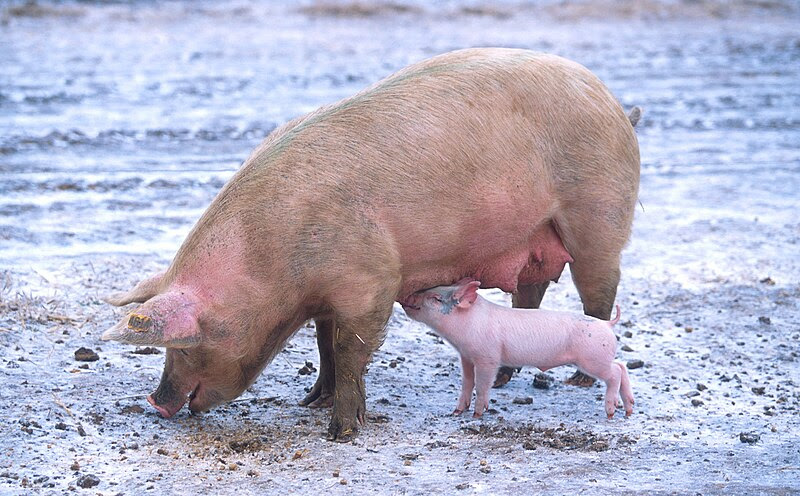 In this study, the population structure of wild boars and domestic pigs within East Asia have been first investigated. The results show that the genetic diversity in mtDNA of domestic pigs is only 50% of the value of wild boars, which is consistent with the hypothesis of founder effects of domestication bottlenecks and/or from artificial selection. However, in the nuclear genome, regardless of whether the intergenic markers, pseudogenes, or functional genes under analyze, all but one (PIT1) reveal that domestic pigs and wild boars have indistinguishable levels of nuclear genetic diversity. After the systematic analysis of the major factors influencing genetic diversity, such as DNA recombination, selection, and demographic events, the researchers adopted the backcross hypothesis to explain the incongruence between mtDNA and nuclear DNA.

The backcross defined here is the post-domestication introgression from mating between wild progenitor males and domesticated females. The hypothesis indicates that backcross events have increased the diversity of nuclear DNA in East Asian domestic pigs, resulting in a different genetic pattern between male and female lineages. Therefore, any founder effects of a domestication bottleneck have been weakened, resulting in no observed loss of overall nuclear genetic diversity.

In conclusion, this research is helpful to better understand the complex demographic histories of East Asian pigs, and brings a practical benefit for the future work on artificial selection. Moreover, it is also serves as a good example to estimate the impacts of backcrossing to the gene pool of modern livestock.

Contacts and sources:
Chinese Academy of Sciences
on December 23, 2011