Chimpanzees, orangutans, gorillas and bonobos make more sophisticated decisions than was previously thought. Great apes weigh their chances of success, based on what they know and the likelihood to succeed when guessing, according to a study of MPI researcher Daniel Haun, published on December 21 in the online journal PLoS ONE. The findings may provide insight into human decision-making as well. 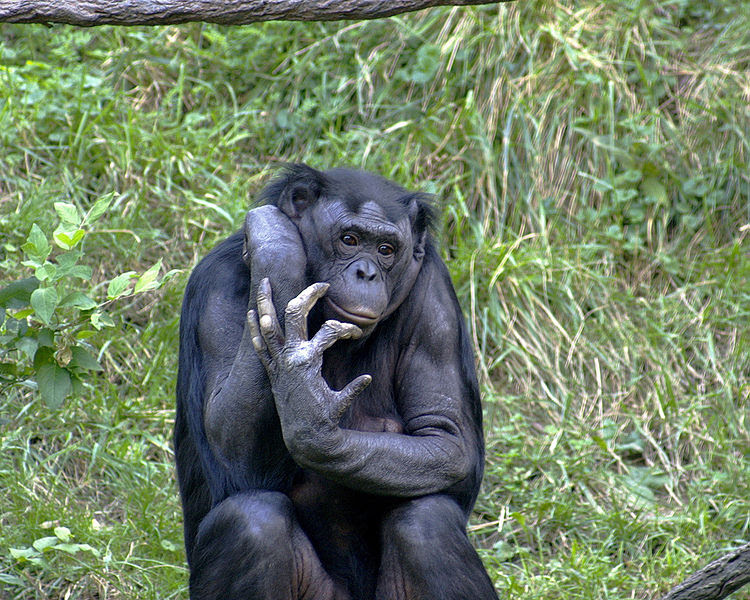 The authors of the study, led by Daniel Haun of the Max Planck Institutes for Psycholinguistics (Nijmegen) and Evolutionary Anthropology (Leipzig), investigated the behaviour of all four non-human great ape species. The apes were presented with two banana pieces: a smaller one, which was always reliably in the same place, and a larger one, which was hidden under one of multiple cups, and therefore the riskier choice.

The researchers also found that the apes went for the larger piece – and risked getting nothing at all – no less than 50% of the time. This risky decision-making increased to nearly 100% when the size difference between the two banana pieces was largest. While all four species demonstrated sophisticated decision making strategies, chimpanzees and orangutans were overall more likely to make risky choices relative to gorillas and bonobos. The precise reason for this discrepancy remains unknown.

Haun concludes: "Our study adds to the growing evidence that the mental life of the other great apes is much more sophisticated than is often assumed."