On October 25, 2006 a Delta II rocket launched from Cape Canaveral carrying two nearly identical spacecraft. Each satellite was one half of a mission entitled Solar TErrestrial RElations Observatory (STEREO) and they were destined to do something never done before – see the entire sun simultaneously.

Over the course of its first five years, the orbits of the two STEREO spacecraft have caused them to separate to opposite sides of the sun.
Credit: NASA/Goddard Space Flight Center/Scientific Visualization Studio

The sun rotates, of course, so there's no part of the sun we haven't at some point observed from our vantage point on Earth. But watching this massive, highly active star from only a single line of sight has its limitations. For one, we never know what's about to come over the horizon: a clear, relatively quiet surface or a cluster of active areas ready to send billions of tons of energy and radiation toward Earth? It’s also not easy to gauge the speed, size, or other characteristics of incoming solar activity when only viewing it head on.

"Over the last five years, each STEREO spacecraft has moved to a position in its orbit where it can capture side-view images of anything the sun sends our way, " says Joe Gurman, STEREO's project scientist at NASA's Goddard Space Flight Center in Greenbelt, Md. "That's helped us come up with many new answers to old questions about solar activity."

Such solar activity usually comes in the form of bursts of radiation called solar flares or eruptions of solar material and magnetic fields called coronal mass ejections (CMEs). Scientists want to know more about this activity since it can affect our own magnetic environment, interfering with communications and Global Positioning System satellites among other things.

On May 30, 2011, the STEREO Behind spacecraft caught a prominence in the process of leaping from one part of the Sun to another. To get its unique view of flares and CMES, the two STEREO spacecraft were launched into a clever orbit scheme. One, STEREO-A, flies in an orbit around the sun that is somewhat smaller and therefore faster than that of Earth. STEREO-B's orbit is somewhat larger and slower. Over time the difference in the speeds of the orbits have naturally caused STEREO A to move ahead of Earth in its path, and STEREO-B to fall behind. As of February 6, 2011 the two spacecraft reached almost exact opposite sides of the sun.

STEREO has captured many images of solar material bursting off the sun, such as this coronal mass ejection (CME) from May 20, 2011. 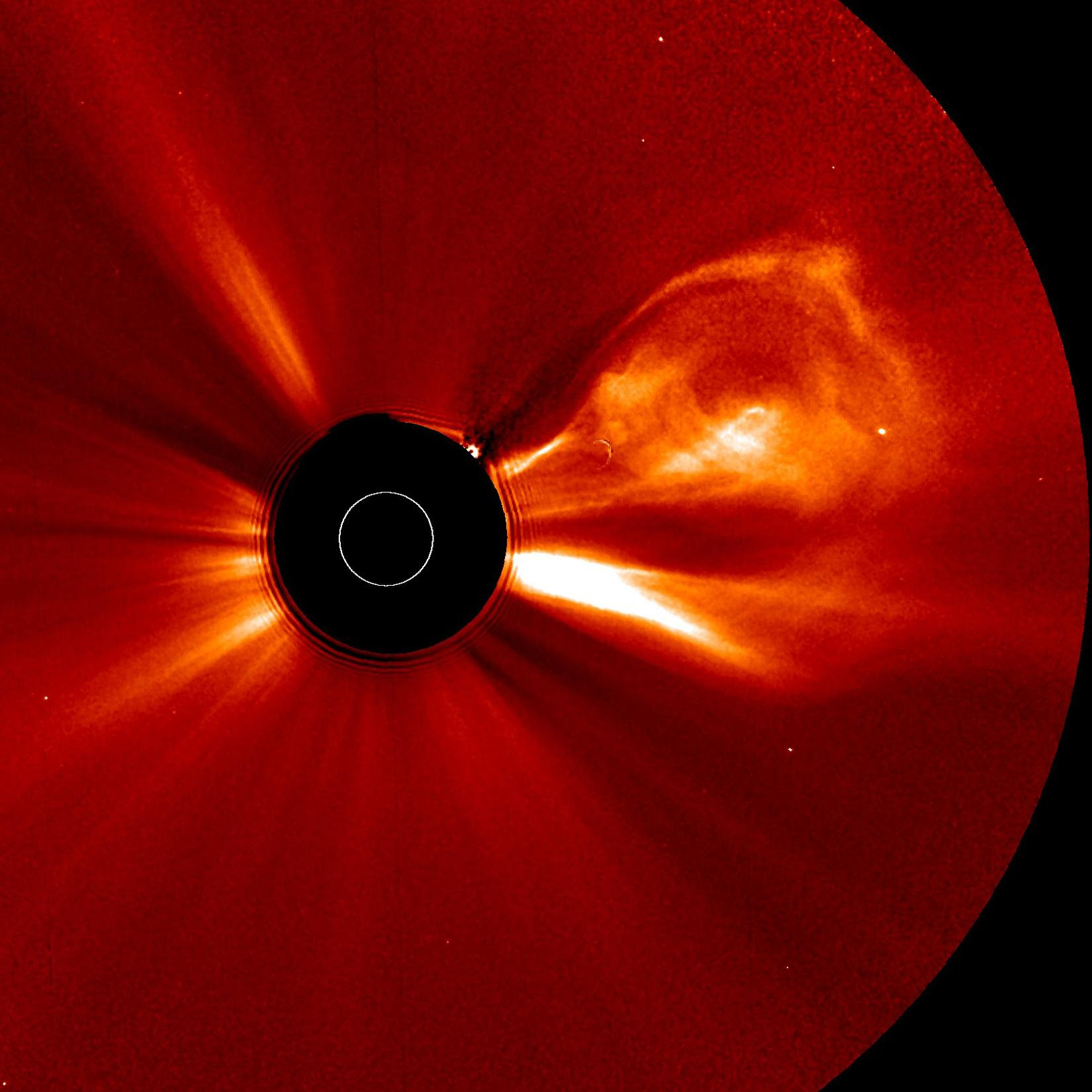 "The most important part of this configuration," says Therese Kucera, STEREO's deputy project scientist at Goddard, "is not only does STEREO track CMEs visually from the sun to Earth, but that information can be combined with data from several other spacecraft sitting right in the line of the solar activity."

Coordinating such in situ observations with an outside perspective opened the door to some of the first movies tracking CMEs and less well-known phenomena such as "co-rotating interaction regions" within the solar wind all the way from the sun's surface to Earth's environs. STEREO also showed us that bursts of solar energetic particles – of interest because just one particle can knock out computer components in a satellite or harm the DNA of a human in space – were much broader than previously thought, extending widely enough that both of STEREO's spacecraft could sense them passing by.

STEREO Live: this movie shows a spherical map of the Sun as it currently appears, formed from a combination of the latest STEREO Ahead and Behind beacon images, along with an SDO/AIA image in between. The movie starts with the view of the Sun as seen from Earth, with the 0 degree meridian line in the middle. The map then rotates through 360 degrees to show the part of the Sun not visible from Earth.

Another crucial aspect of this unique 360-degree view of the sun is that we can now observe CMEs heading in any direction in space. Such space weather can affect any of NASA's spacecraft, so those who handle flight operations appreciate advance warning before a burst of solar particles pass by their sensitive electronics systems.

STEREO's wide view also helped comet watchers as it recorded the tail of Comet Encke get ripped off by a solar eruption in April of 2007. And STEREO's images of Comet McNaught – one of the brightest comets in 40 years – helped show that the tail contained iron.

In the coming months, the two satellites will keep moving further away from Earth, lining up on the far side of the sun in 2015 and continuing on their journey until they are once again on Earth's side. During the trip, scientists will use STEREO observations to calibrate their techniques to monitor what's happening on the far side of the sun by tracking the sound waves that roll through the sun's interior – a technique called helioseismology.

First complete image of the far side of the sun taken on June 1, 2011. 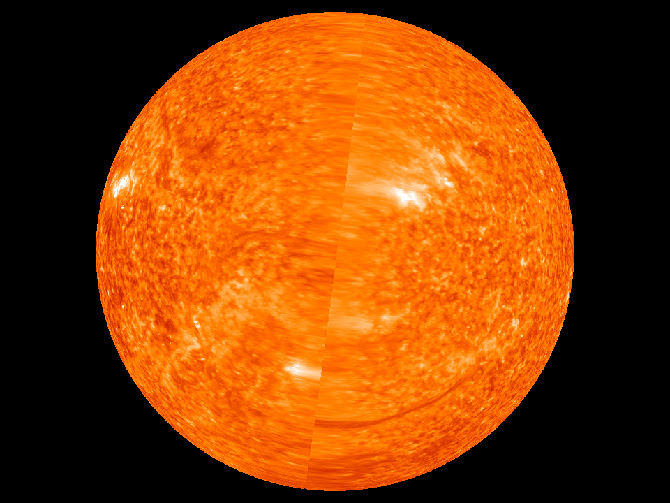 "STEREO was designed to understand what causes CMEs and how they travel, as well as to understand the structure of the solar wind. It's already made great strides in doing that," says Gurman. "I'm looking forward to the next five years."