The Scars Of Slavery

The diaspora of Afro-descendants in Mexico and Central America takes on many guises, as reflected in names used such as Colonial Blacks, Afro-Antilleans, Garifuna. Status and levels of social recognition and integration are highly diverse and this distinguishes the countries of this region from the rest of the Latin-American continent. Researchers from the IRD and their partners(1) involved in the programmes AFRODESC and EURESCL(2) are studying the historical construction of these communities, which developed from successive waves of migrations, and of their identities.

Three hundred years of slavery, from the 16th to 19th Centuries, have left their scars. After abolition, there was exclusion, which drove descendants of slaves to migrate to the major centres of employment around the Caribbean rim. Now they represent a second diaspora and experience persisting inequality and stigmatization. Unlike Brazil and Colombia, symbols of multiculturalism, the “Black question” in Mexico and Central America has not attracted the strong interest of politicians and researchers. 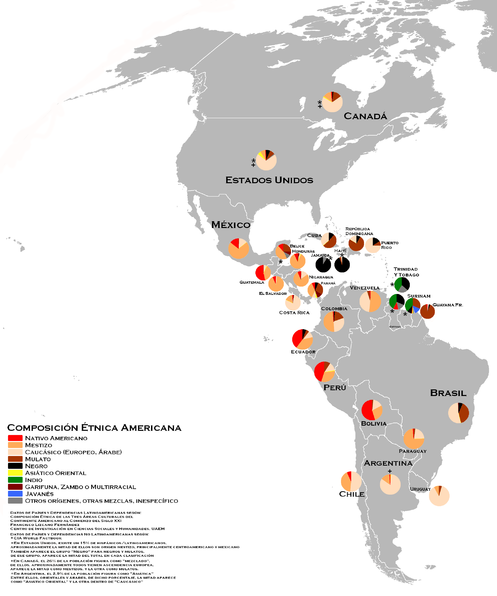 From the 16th to the end of the 19th Centuries, slave ships plied the Atlantic Ocean to serve the triangular trade between Europe, Africa and the Americas. This slave trade deported millions of Africans across the Atlantic. The progressive abolition of slavery during the 19th Century emancipated men and freed consciences. However, 300 years of the slave trade left scars still visible today. These traumatic events firmly shaped the historical construction and contemporary evolution of societies rife with inequality and exclusion, as in Latin America.

The social status the Black Atlantic, the term used for this diaspora of Afro descendants, is a core issue in political debate, to a background of persisting racism and discrimination and questions of inter-racial mixing, multiculturalism and identity. Going beyond western societies’ feelings of guilt, IRD researchers and their partners(1) involved in the AFRODESC and EURESCL programmes (2) are studying how slavery and its abolition have shaped present nations, recognition of black communities and the policies implemented in each country.

Example set by Brazil and Colombia

Since the 1980s, two countries have been attracting all the attention of researchers in multiculturalism in Latin America: Brazil and Colombia(3). These states are like laboratories of multiculturalism, experiencing wide-ranging social and political changes in the course of the 20th Century. More recently, taking inspiration from these models, other Latin-American countries like Ecuador began setting up measures to further integration and facilitate access to resources and services (like land, education and jobs). Others, such as Bolivia, have introduced even more radical changes.

In contrast, the situation in the isthmus of Mexico and Central America are characteristically different. Debate has long been dominated by issues concerning autochthonous Indian populations. But even a few years ago the communities of African descent still had no real political presence. Moreover, these countries do not come into researchers’ classical schemes for investigation and analysis –ranging from negation of the Afro descendants via their neglect to their recognition. Although linked by a common regional history, they present a complex heterogeneous picture borne of strong national specificities.

Up to now, this great diversity of situations and the relative immobilism of politicians meant that the so-called “black question” had not stimulated a great effort from international research. The research team is now applying its attention to a community called the “second diaspora”, no longer linked only to the slave trade and colonization, but more recent, stemming from a second wave of economic migration. After abolition, although the descendants of slaves were now emancipated, most often they had no access to either land or employment.

From the end of the 19th and up to the mid-20th Century, they were to migrate from the islands (Jamaica, Barbados, Cuba, Haiti, Martinique, Guadeloupe, etc.) but also from the mainland (Belize, Honduras) all over the Caribbean to work in the banana plantations, on the Panama Canal construction, in forestry or railway construction. These major sectors of employment were strongly developed in Mexico and Central America owing to the capitalist influence from the United States from the end of the 19th Century, which gradually replaced the European colonial powers. More recently, this diaspora became involved with the tourist industry, as a labour force but also to promote the value of an Afro-Caribbean culture.

Diverse degrees of recognition and status

The first to arrive, the descendants from slaves or free Black people associated with colonization, called theNegros coloniales, are now part of local societies, with varying identities and levels of economic integration depending on the particular national history. However, for economic migrants of the turn of the 19-20thCenturies, also known as Afro-Antilleans, specific questions of citizenship still arise. Finally, the Garifuna, a transnational community(4) descending from Indigenous people and Black communities, are a special case. Their status is ambiguous, and they consider themselves as the only Blacks of the American continent who have never known slavery. In fact, they are a proportion of the descendants of escapees from shipwreck of slave vessels. That diaspora is now rallying around a patrimonialization of its culture and history.

Colonial Blacks, Afro-Antilleans, Garifuna and other communities: the AFRODESC and EURESCL projects have highlighted these multiple diasporas in Mexico and Central America, borne of European colonial rivalries and American capitalism of the 19th Century. But for these communities, although slavery is becoming one reference among others, it remains one of the fundamental bases of identity and continues to cause them harm through the racism and exclusion they experience.

Peter, a man who was enslaved in Baton Rouge, Louisiana, 1863, whose scars were the result of violent abuse from a plantation overseer. 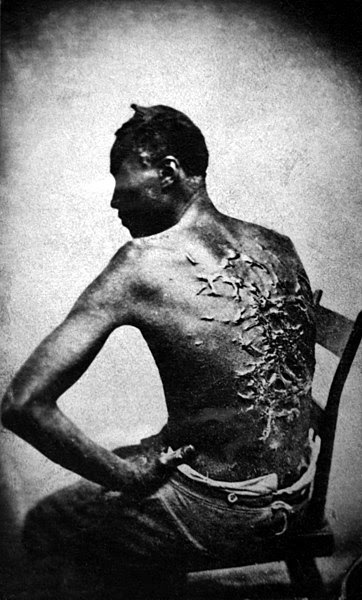 (4) Today the Garifuna live in Belize, Honduras, Guatemala, Nicaragua and the USA.