Carleton University research into technologies for producing nano-scale copper metal layers for use in the semiconductor industry has had an unexpectedly ‘golden’ result, thanks to early stage funding from GreenCentre Canada. 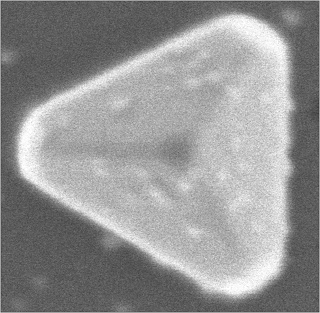 Working with Picosun Oy, a Finland-based global manufacturer of ALD equipment, the Carleton researchers solved the problem, creating a copper precursor with the potential to meet the performance needs of global semiconductor foundries.

An excellent thermal and electrical conductor, copper is the preferred metal of the microelectronics industry, where it is used to connect the microscopically small transistors used in silicon chips. ALD is the only method that enables the precise, nano-scale manufacturing of thin layers and contact points on microelectronic components required by next-generation microprocessors and other silicon devices.

A further breakthrough came when the group repeated the process using gold. A difficult challenge because of the precious metal’s density, weight and relatively low reactivity, the process worked, resulting in the world’s first successful preparation of gold thin films using plasma-enhanced ALD.

This achievement is noteworthy because it opens up new applications for gold, particularly in biomedical applications, where its non-reactive and longer-wearing properties make it a preferred candidate as a coating for medical devices and implants, and for use in micro-electrical mechanical systems.

The technology has been licensed to GreenCentre for further development.

“This ALD precursor provides a best-in-class alternative to the existing technologies because it is economical, and it allows for higher performance, smaller geometries, lower power consumption and less waste,” said Stephen Adolph, director of commercial development at PARTEQ Innovations, the technology transfer office of Carleton University. “The gold application is exciting because it could lead to longer-lasting, non-reactive implants with greater cost efficiency.”

To date, GreenCentre has awarded more than $350,000 in funding to 14 researchers at 13 universities across Canada. Funded projects include energy-efficient compounds for removing carbon dioxide from industrial gas emissions, the development of organic superconducting polymers and a green method for removing harmful metals from industrial wastewater.

“Beyond research support, GreenCentre has invested heavily in scale-up, patent protection, and partnership development for this technology,” said Michael Szarka, commercial development director at GreenCentre. “We have brought all the pieces together and by doing so have attracted the interest of some of the biggest names in the industry.”

GreenCentre expects to award up to 25 funding grants annually in support of technologies that have strong commercialization potential but require further basic research or testing before they can be reassessed for market value.

About Research at Carleton University:
Discoveries at Carleton are making a significant contribution to our country and the world. With more than 850 research projects underway, $73 million in research funding, 24 Canada research chairs and myriad public- and private-sector partnerships, Carleton is making its mark in fields as diverse as digital media, health, the environment and sustainability and globalization.

About GreenCentre Canada:
GreenCentre Canada is a national Centre of Excellence for commercializing early-stage Green Chemistry discoveries generated by academic researchers and industry. Funded by the governments of Ontario and Canada, and industry, GreenCentre Canada is dedicated to developing environmentally friendly alternatives to traditional chemical and manufacturing products and practices. It is governed and operated with the assistance of industry members from across the chemical value chain. The centre is located at the Innovation Park at Queen’s University in Kingston, Ontario, Canada. For more information, please visit: www.greencentrecanada.com