By consuming fewer calories, ageing can be slowed down and the development of age-related diseases such as cancer and type 2 diabetes can be delayed. The earlier calorie intake is reduced, the greater the effect. Researchers at the University of Gothenburg have now identified one of the enzymes that hold the key to the ageing process.

"We are able to show that caloric restriction slows down ageing by preventing an enzyme, peroxiredoxin, from being inactivated. This enzyme is also extremely important in counteracting damage to our genetic material," says Mikael Molin of the Department of Cell and Molecular Biology.

This is Mikael Molin of the University of Gothenburg. 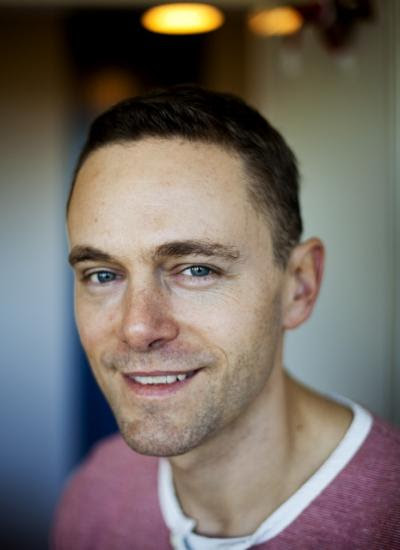 By gradually reducing the intake of sugar and proteins, without reducing vitamins and minerals, researchers have previously shown that monkeys can live several years longer than expected. The method has also been tested on everything from fishes and rats to fungi, flies and yeasts with favourable results. Caloric restriction also has favourable effects on our health and delays the development of age-related diseases. Despite this, researchers in the field have found it difficult to explain exactly how caloric restriction produces these favourable effects.

Using yeast cells as a model, the research team at the University of Gothenburg has successfully identified one of the enzymes required. They are able to show that active peroxiredoxin 1, Prx1, an enzyme that breaks down harmful hydrogen peroxide in the cells, is required for caloric restriction to work effectively.

This is an image of yeast.

The results, which have been published in the scientific journal Molecular Cell, show that Prx1 is damaged during ageing and loses its activity. Caloric restriction counteracts this by increasing the production of another enzyme, Srx1, which repairs Prx1. Interestingly, the study also shows that ageing can be delayed without caloric restriction by only increasing the quantity of Srx1 in the cell. Repair of the peroxiredoxin Prx1 consequently emerges as a key process in ageing.

"Impaired Prx1 function leads to various types of genetic defects and cancer. Conversely, we can now speculate whether increased repair of Prx1 during ageing can counteract, or at least delay, the development of cancer."

Peroxiredoxins have also been shown to be capable of preventing proteins from being damaged and aggregating, a process that has been linked to several age-related disorders affecting the nervous system, such as Alzheimer's and Parkinson's. The researchers are accordingly also considering whether stimulation of Prx1 can reduce and delay such disease processes.

The article 'Life Span Extension and H2O2 Resistance Elicited by Caloric Restriction Require the Peroxiredoxin Tsa1 in Saccharomyces cerevisiae' has been published in the journal Molecular Cell.
Link to the article: http://www.cell.com/molecular-cell/abstract/S1097-2765%2811%2900626-5?switch=standard

Expert comments in the same issue Translating a Low-Sugar Diet into a Longer Life by Maintaining Thioredoxin Peroxidase Activity of a Peroxiredoxin
Link to the article: http://www.cell.com/molecular-cell/fulltext/S1097-2765(11)00634-4
on October 31, 2011