In Remains Of Iapetus Ocean Research Finds Scotland's Next Gold Mine

There really is gold in those hills – enough for a king’s ransom. Scotgold Resources Ltd has just been given planning permission to open Scotland’s first gold mine since gold was mined 500 years ago at Leadhills to make the Scottish crown jewels. Now the University of Leicester is involved in the search for the next natural treasure trove.

Over the next decade or so, the Cononish deposit near Tyndrum in the Scottish Highlands, will produce 20,000 oz gold and 80,000 oz silver each year. That’s worth an estimated £180 million at today’s prices. After that, though, this buried treasure will largely be worked out.

Nyree Hill, PhD Researcher in the University of Leicester Department of Geology, on site in Scotland.

Therefore research being undertaken at the University of Leicester, in conjunction with Scotgold Resources and in collaboration with researchers at Aberdeen & Glasgow Universities and the British Geological Survey, will be key to finding the next gold mine. If successful, employment and the local economy - and income for the UK – can be sustained beyond the lifetime of Cononish.

University of Leicester PhD student, Nyree Hill, explained: “The problem is that gold is found scattered throughout the Scottish Highlands, but so far none has been found as concentrated as at Cononish. This is despite the Highlands being one of the first areas in the world to be studied by geologists. One explanation for this is the challenging climate and mountainous terrain, and also much of the rock is buried by glacial deposits.”

The gold at Cononish has ancient roots. Before the Atlantic Ocean opened, the Highlands formed part of a mountain belt that extended from Canada through Ireland and Scotland into Scandinavia. This mountain-belt formed as the Iapetus Ocean, a fore-runner of the Atlantic Ocean, was destroyed by the collision of tectonic plates half a billion years ago. This joined Scotland and England together as we know it today.

The gold was concentrated, deep underground, as rising granite magma heated water, which circulated through large faults. That hot water, at hundred’s degrees Celsius, carried gold, silver and other metals, and deposited them, with quartz, into veins. The process, repeated time and again, brought the gold to economic levels.

Nyree is examining rocks from a series of new targets close to Cononish in order to identify key ‘fingerprints’ for gold mineralisation. She said: “Traditional exploration strategies look at how gold is related to other metals and minerals. However, my study is using detailed chemistry of the gold and associated minerals to map the pathways through the rock along which the gold-bearing fluid flowed.” 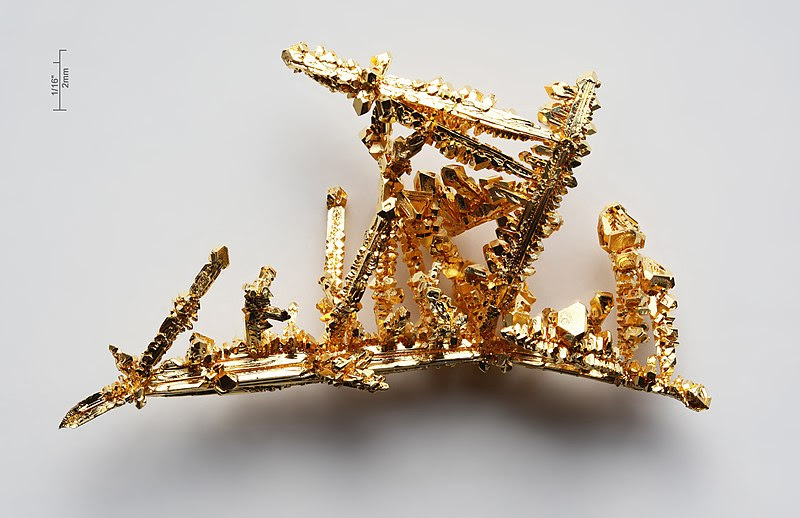 “Applying this approach will help identify future targets and maximise our chances of finding the next Cononish.”

Dr Gawen Jenkin, Senior Lecturer in Applied Geology at the University of Leicester, said: “The go-ahead for mining at Cononish will galvanise exploration activity across the Scottish Highlands – a mini gold-rush perhaps - meaning that Nyree’s work will be of wide application. I was involved in the early work to understand how Cononish formed and was therefore very keen when asked by Scotgold to be involved with their current exploration programme.”

With luck – and some science, the future of the Scottish hills will stay golden.


Contacts and sources:
University of Leicester
on October 27, 2011