Commuting - Bad For Your Health?

A mobile workforce can help improve a country's economy but the effects of commuting on the health of commuters and on the costs to industry in terms of sick days is largely unknown. From a commuter's point of view, the advantages of daily travel, such as a better paid job or better housing conditions, need to be weighed against adverse health effects. New research published in BioMed Central's open access journal BMC Public Health shows that commuting by car or public transport, compared to walking or cycling, is associated with negative effects on health.

Commuters on the New York City Subway during rush hour. 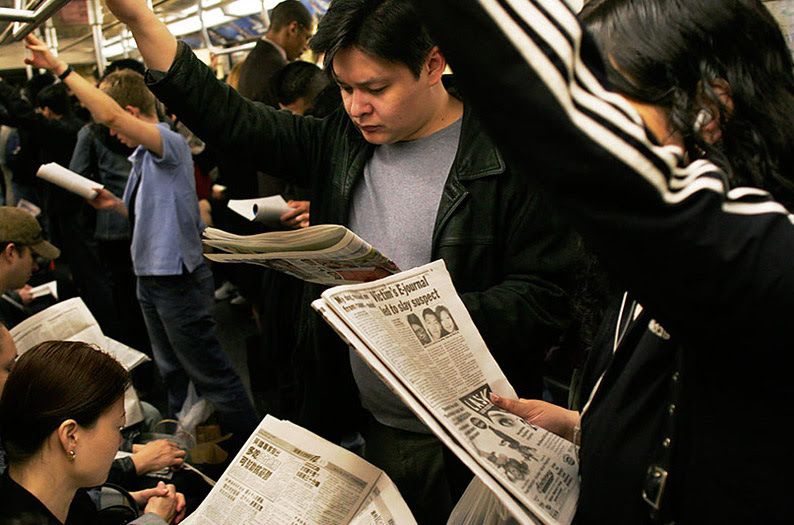 Researchers from Lund University looked at 21,000 people, aged between 18 and 65, who worked more than 30 hours a week and commuted either by car, train or bus, or were active commuters, who travelled by walking or cycling. 'One way' journey time was compared to the volunteer's perceived general health, including sleep quality, exhaustion and everyday stress.

Erik Hansson from the Faculty of Medicine at Lund University explained, "Generally car and public transport users suffered more everyday stress, poorer sleep quality, exhaustion and, on a seven point scale, felt that they struggled with their health compared to the active commuters. The negative health of public transport users increased with journey time. However, the car drivers who commuted 30 – 60 minutes experienced worse health than those whose journey lasted more than one hour. "

Erik continued "One explanation for the discrepancy between car and public transport users might be that long-distance car commuting, within our geographical region, could provide more of an opportunity for relaxation. However, it could be that these drivers tended to be men, and high-income earners, who travelled in from rural areas, a group that generally consider themselves to be in good health. More research needs to be done to identify how exactly commuting is related to the ill health we observed in order to readdress the balance between economic needs, health, and the costs of working days lost."

BMC Public Health  is an open access journal publishing original peer-reviewed research articles in the epidemiology of disease and the understanding of all aspects of public health. The journal has a special focus on the social determinants of health, the environmental, behavioral, and occupational correlates of health and disease, and the impact of health policies, practices and interventions on the community.

BioMed Central (http://www.biomedcentral.com/) is an STM (Science, Technology and Medicine) publisher which has pioneered the open access publishing model. All peer-reviewed research articles published by BioMed Central are made immediately and freely accessible online, and are licensed to allow redistribution and reuse. BioMed Central is part of Springer Science+Business Media, a leading global publisher in the STM sector.
on October 31, 2011