1 In 6 People Will Have A Stroke, But Most Strokes Can Be Prevented

There are now more than one million strokes per year in Europe, and stroke, along with heart disease, cancers diabetes and chronic respiratory diseases, is a non-communicable disease whose risk is increased by cigarette smoking, an unhealthy diet, physical inactivity and excessive alcohol. Global predictions indicate that the incidence of fatal stroke (along with heart disease and cancers) will continue to rise, from around 6 million per year in 2010 to almost 8 million per year by 2030. 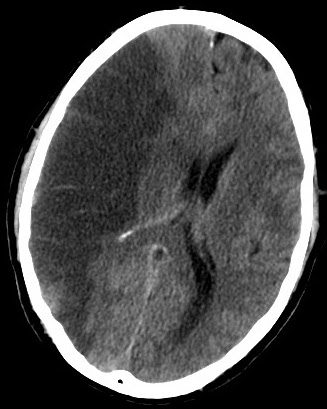 The European Society of Cardiology emphasises that most of these same risks for stroke are also the major risks for coronary heart disease. Moreover, atrial fibrillation, the most common disorder of heart rhythm, has also been clearly associated with an increased risk of stroke.

Professor Freek Verheugt, from the Onze Lieve Vrouwe Gasthuis in Amsterdam and speaking on behalf of the ESC, says: "Stroke is not an inevitable consequence of ageing, so by identifying and modifying risk factors there are opportunities to reduce the incidence and mortality rate of this devastating condition."

According to the World Stroke Organization, there are six steps anyone can take to reduce their risk of stroke:
The WSO also emphasises the importance of time if any of the warning signs are apparent: a sudden numbness, especially at one side of the body; sudden trouble speaking or seeing; loss of balance or sudden vertigo; and a sudden severe headache with no apparent cause. Any of these signs are a cause for alarm, because, says Professor Verheugt, stroke is a medical emergency and any minutes saved now can make a big difference to survival. "Time lost is brain function lost," says the WSO. It is also now clear that stroke survivors will do better if they are admitted to dedicated stroke units staffed by multidisciplinary teams. Hospital care, medication, vascular surgery and rehabilitation are the cornerstones of treatment.

Stroke (which is also known as cerebrovascular disease) occurs when a blood vessel carrying oxygen to the brain is either blocked by a clot (ischaemic stroke) or bursts (haemorrhagic stroke). Without oxygen and nutrients, brain cells begin to die, and it is the extent and location of this damage which determines the severity of the stroke. In 1976 the World health Organization defined stroke as "a neurological deficit of cerebrovascular cause that persists beyond 24 hours or is interrupted by death within 24 hours".

ESC Clinical Practice Guidelines on Cardiovascular Disease Prevention, which were updated in 2007, list stroke alongside coronary artery disease, heart failure and peripheral artery disease as cardiovascular diseases within the scope of prevention initiatives. The ESC Clinical Practice Guidelines distinguish between haemorrhagic stroke (around 15% of cases) and ischaemic stroke, but add that the cause of many strokes remains undetermined. The Guidelines note that "antihypertensive treatment reduces risk of both ischaemic and haemorrhagic stroke", and that "stroke prevention is still the most important effect of antihypertensive treatment".

http://www.lancet.com/journals/lancet/article/PIIS0140-6736%2810%2960834-3/abstract , which was reported in 2010 following an analysis of stroke data from 22 countries, indicates that ten risk factors are associated with 90% of the risk of stroke.(1) The highest attributable effect of individual risk factors was 35% from hypertension, 26.5% for waist-to-hip ratio, and 19% for current smoking.

Moreover, a study of activity in the reduction of stroke risk in almost 50,000 people in Finland (and followed up for almost 20 years) found that "high physical activity" was associated with a lower risk of stroke than low physical activity. Similar reductions in risk were found with "daily active commuting".(2)

As defined in the European Heart Health Charterhttp://www.escardio.org/about/what/advocacy/Pages/health-charter.aspx , the ESC's declared targets for cardiovascular health throughout the European Union are:
Professor Verheugt also emphasises that some patients with irregular heart beat run a significant risk of stroke. He says: "All individuals with irregular heart beat should see a doctor, who can diagnose whether this heart rhythm disorder is likely to lead to stroke. If so, blood thinning medication can reduce the risk of stroke by up to 70%."