"It looks like something you could pour on your pancakes," he said. "In many respects, it is similar to molasses." 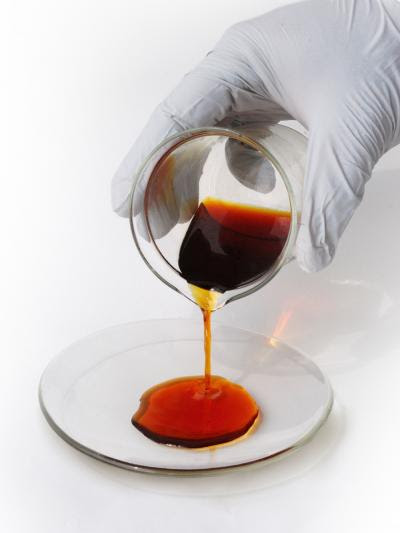 That's because it was produced by the fast pyrolysis of biomass such as corn stalks or wood chips. Fast pyrolysis involves quickly heating the biomass without oxygen to produce liquid or gas products.

"We think this is a new way to make inexpensive sugars from biomass," said Brown, an Anson Marston Distinguished Professor in Engineering, the Gary and Donna Hoover Chair in Mechanical Engineering and the Iowa Farm Bureau Director of Iowa State's Bioeconomy Institute.

That's a big deal because those sugars can be further processed into biofuels. Brown and other Iowa State researchers believe pyrolysis of lignocelluslosic biomass has the potential to be the cheapest way to produce biofuels or biorenewable chemicals.

Brown and Iowa State researchers will present their ideas and findings during tcbiomass2011, the International Conference on Thermochemical Conversion Science in Chicago Sept. 28-30. On Thursday, Sept, 29, Brown will address the conference with a plenary talk describing how large amounts of sugars can be produced from biomass by a simple pretreatment before pyrolysis. He'll also explain how these sugars can be economically recovered from the products of pyrolysis.

Their work has been supported by the eight-year, $22.5 million ConocoPhillips Biofuels Program at Iowa State. The program was launched in April 2007.

Brown said Iowa State will – literally – take a bus load of students and researchers to the Chicago conference to present their work on thermochemical technologies, including production of sugars from biomass.

"The Department of Energy has been working for 35 years to get sugar out of biomass," Brown said. "Most of the focus has been on use of enzymes, which remains extremely expensive. What we've developed is a simpler method based on the heating of biomass."
Contacts and sources:
Robert C. Brown
Iowa State University
on September 29, 2011