Predicting Cancer Through Your Breath! 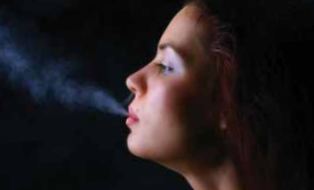 European scientists have studied how mass spectrometry, a technique for molecular-level characterization of chemicals and biochemical, can be used to analyze human breath to detect cancer.

Recent studies have noted that dogs are able to identify with high confidence the presence of cancerous tissues in patients at an early stage, based on sniffing a breath sample.

There are several highly compelling reasons for using the breath to analyze patients’ health. The method is noninvasive, meaning less patient discomfort, and the process is quite fast, so the technique could be used for large-scale screening.

Substantial literature already exists on breath analysis for medical diagnosis — indeed it is well known in metabolic, pharmaceutical and chemical research. But few clinical applications for mass - spectrometric diagnosis have resulted to date. As the technique becomes more common, better understood and more reliable, the number of potential applications should grow.

In the meantime, more work is needed to accurately match the presence of biomarkers with particular diseases like breast cancer. That confidence is lacking because most mass spectrometers are not very good at analyzing large biomolecules typically found in the breath and other organs, for example. But the Breath research sought to overcome that problem by using a particular kind of mass spectrometry.

The European researchers also worked on a new approach to the statistical analysis of study samples, and validated the new method against traditional chemometric tools. During the exercise they could successfully discriminate between a group of colo-rectal cancer patients and healthy controls based on their plasma mass spectral fingerprint, another important output for the researchers. They also found that their system could identify and quantify free fatty acids — very important compounds involved in many metabolic processes. It means the SESI-MS system could have applications beyond cancer screening.

The researchers explored the capabilities of a novel analytical instrument, called the differential mobility analyzer, coupled with mass spectroscopy to analyse a prostate cancer biomarker. The main advantage of this technique is its analysis speed compared to traditional methods, which lends itself well to potential large-scale clinical practice, suggest the researchers.

Breath received funding from the Health initiative of the EU’s Seventh Framework Programme for research.