Researchers from London’s Kingston University have developed a new highly-accurate blood test which can detect how much a patient’s diet could be responsible for a lack of the so-called ‘sunshine vitamin’. Vitamin D deficiencies can weaken the immune system and increase the risk of cancer and osteoporosis. 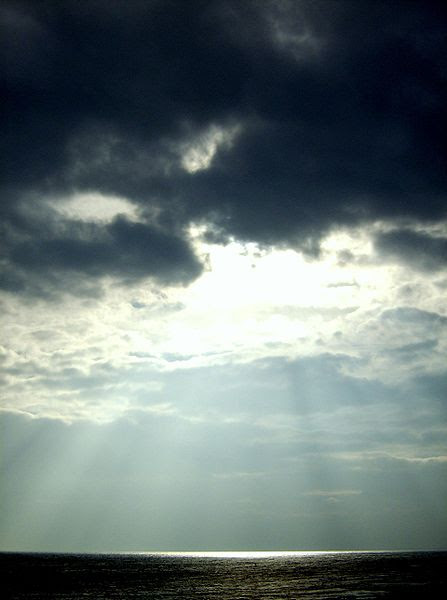 A team headed by Professor Declan Naughton spent five months developing the new test. For the first time, the different forms of vitamin D the body absorbs from diet and sunlight, known as vitamin D2 and vitamin D3 respectively, can be individually distinguished from closely related compounds.

“Many people know that the main source of vitamin D is from exposure to sunlight because humans produce a type of vitamin D naturally from the action of sun on the skin,” Professor Naughton said. “But what’s perhaps less well known is that another type of the vitamin can be found in foods such as salmon, mackerel, sardines and egg yolks. Our new test can individually measure all the forms of vitamin D that matter, and potentially help us to understand exactly what is causing any deficiency. Perhaps people just need more sun, or maybe they should be looking much more closely at their diet too.”

Vitamin D plays a key role in forming and maintaining strong teeth and bones. Professor Naughton said vitamin D deficiency remained a major problem in the Western world, with several studies showing that between 40 and 100 per cent of elderly people in the United States and Europe do not get enough. Symptoms include fatigue, aching muscles and bones and in severe cases a deficiency can cause osteoporosis. GPs in the UK are now routinely administering vitamin D injections to boost patients’ levels.

In future, the new blood test could be used to help demonstrate the role vitamin D deficiency plays in illnesses, from diabetes to cancer. Leading cancer expert Professor Angus Dalgleish from St George’s Hospital in London said he believed the importance of being able to assess vitamin D levels accurately could not be overstated. “It’s crucial to have a normal vitamin D level and that is becoming increasingly apparent across a broad range of diseases, including cardiovascular, neurological and cancer cases,” Professor Dalgleish, a consultant medical oncologist said. “It is therefore very important to be able to accurately and reliably measure the different forms of vitamin D in order to monitor levels and to make sure they are maintained in the normal range."

Many people completely forgot how the correction of very low levels of vitamin D completely cured the scourge of rickets, Professor Dalgleish added. "It would appear that it is not just bone that requires vitamin D for normal function but nearly all other tissues as well, particularly blood vessels and the immune system.”

The blood test was devised by Professor Naughton’s team after he identified the need for a more thorough analysis of the various types of vitamin D. The team reviewed two decades of research and found that the exact link between vitamin D deficiency and health and diseases was unclear, possibly because many forms of the vitamin are active, but are not always measured rigorously. “There are also question marks about just what level of vitamin D is healthy, and it may be that when we talk about deficiency in future, it should be very clearly broken down into the different forms of vitamin D arising from diet and sunlight,” Professor Naughton said.

The test was developed using liquid chromatography where a solution is passed through a column containing beads which are coated with certain molecules. Different compounds bind to the beads with varying strength, allowing the vitamin to be separated from blood constituents. Following chromatography, all molecules are identified by their size using a term known as mass spectrometry. This combined method allows separation of the active forms of vitamin D from inactive related compounds which can lead to false test results.

Professor Naughton hopes the development will lead to further trials exploring vitamin D deficiencies and a range of medical conditions. “We’re already arranging to apply the test to patients in a trial at a hospital in Saudi Arabia looking at the effects of vitamin D deficiency in multiple sclerosis patients and those with other neurological disorders,” he said.