Heavy rains in Canada caused historic flooding in Minot, N.D. Landsat satellite images taken before and during the flooding reveal the water's extent.

May 16 image from Landsat 5 (click image for full picture) 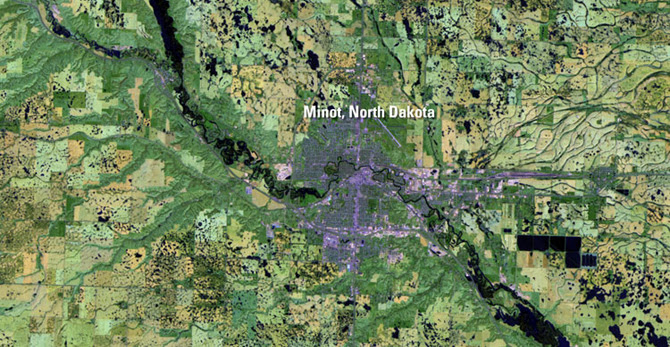 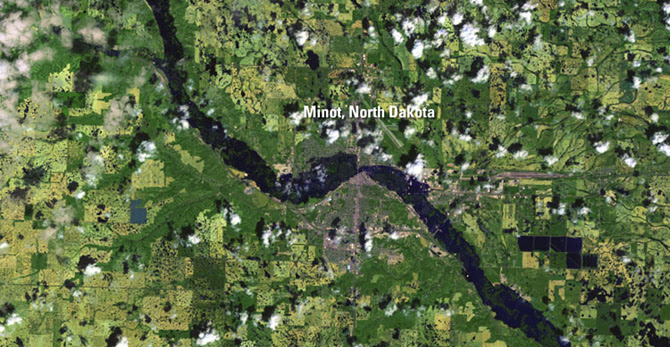 The Souris River finally crested on June 26, but not before more than 4,000 homes and hundreds of businesses were flooded. About one-fourth of Minot’s 40,000 residents evacuated the city. Residents expect a long recovery as the river slowly retreats.

The Souris River reading at Minot’s Broadway Bridge around 11:00 p.m. on June 25 reached nearly four feet higher than the all-time high set in 1881.

The Landsat Program is a series of Earth-observing satellite missions jointly managed by NASA and the U.S. Geological Survey. Landsat satellites have been consistently gathering data about our planet since 1972. They continue to improve and expand this unparalleled record of Earth’s changing landscapes, for the benefit of all. The next Landsat satellite is scheduled to launch in December 2012.