Physicists working at the University of California, Santa Barbara and the University of Konstanz in Germany have developed a breakthrough in the use of diamond in quantum physics, marking an important step toward quantum computing. The results are reported in this week's online edition of Nature Physics.
Diamond and graphite are two allotropes of carbon: pure forms of the same element that differ in structure. 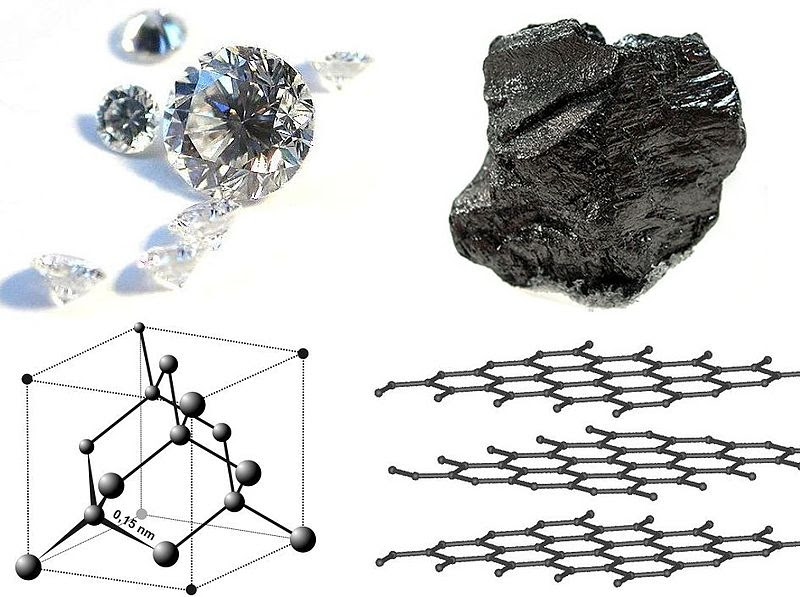 The physicists were able to coax the fragile quantum information contained within a single electron in diamond to move into an adjacent single nitrogen nucleus, and then back again using on-chip wiring.
This is Greg Fuchs of University of California - Santa Barbara. 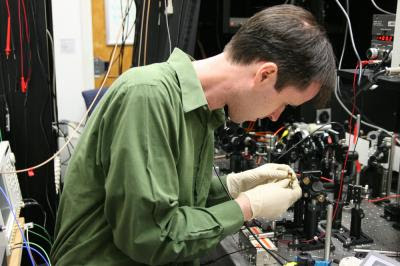 Credit: UCSB
"This ability is potentially useful to create an atomic-scale memory element in a quantum computer based on diamond, since the subatomic nuclear states are more isolated from destructive interactions with the outside world," said David Awschalom, senior author. Awschalom is director of UCSB's Center for Spintronics & Quantum Computation, professor of physics, electrical and computer engineering, and the Peter J. Clarke director of the California NanoSystems Institute.

Awschalom said the discovery shows the high-fidelity operation of a quantum mechanical gate at the atomic level, enabling the transfer of full quantum information to and from one electron spin and a single nuclear spin at room temperature. The process is scalable, and opens the door to new solid-state quantum device development.

Scientists have recently shown that it is possible to synthesize thousands of these single electron states with beams of nitrogen atoms, intentionally creating defects to trap the single electrons. "What makes this demonstration particularly exciting is that a nitrogen atom is a part of the defect itself, meaning that these sub-atomic memory elements automatically scale with the number of logical bits in the quantum computer," said lead author Greg Fuchs, a postdoctoral fellow at UCSB.

Rather than using logical elements like transistors to manipulate digital states like "0" or "1," a quantum computer needs logical elements capable of manipulating quantum states that may be "0" and "1" at the same time. Even at ambient temperature, these defects in diamond can do exactly that, and have recently become a leading candidate to form a quantum version of a transistor.

However, there are still major challenges to building a diamond-based quantum computer. One of these is finding a method to store quantum information in a scalable way. Unlike a conventional computer, where the memory and the processor are in two different physical locations, in this case they are integrated together, bit-for-bit.

"We knew that the nitrogen nuclear spin would be a good choice for a scalable quantum memory –– it was already there," said Fuchs. "The hard part was to transfer the state quickly, before it is lost to decoherence."
This is David Awschalom of the University of California - Santa Barbara. 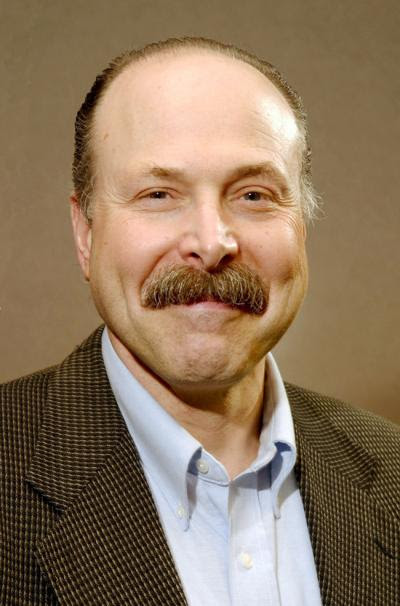 Credit: Rod Rolle
Awschalom explained: "A key breakthrough was to use a unique property of quantum physics –– that two quantum objects can, under special conditions, become mixed to form a new composite object." By mixing the quantum spin state of the electrons in the defect with the spin state of the nitrogen nucleus for a brief time –– less than 100 billionths of a second –– information that was originally encoded in the electrons is passed to the nucleus.

"The result is an extremely fast transfer of the quantum information to the long-lived nuclear spin, which could further enhance our capabilities to correct for errors during a quantum computation," said co-author Guido Burkard, a theoretical physicist at the University of Konstanz, who developed a model to understand the storage process.

The fourth author of the paper is Paul V. Klimov, a graduate student at UCSB.