Research finds connection between impulsiveness and superstitions in pathological gamblers.

Research led by the University of Cambridge has found a link between impulsivity and flawed reasoning (such as believing in superstitious rituals and luck) in problem gamblers.

Studying compulsive gamblers who were seeking treatment at the National Problem Gambling Clinic, the researchers found that those gamblers with higher levels of impulsivity were much more susceptible to errors in reasoning associated with gambling, such as superstitious rituals (e.g. carrying a lucky charm) and explaining away recent losses (e.g. on bad luck or 'cold' machines).
Four Leaf Clover 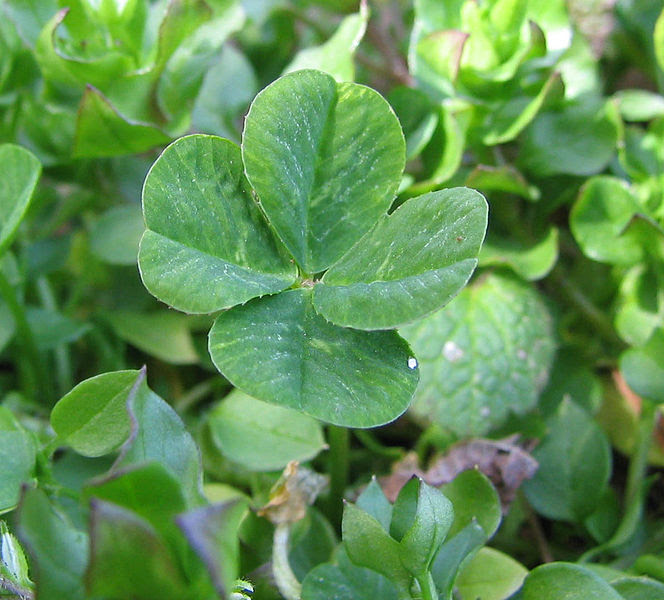 The findings were published today, 29 June, in the journalPsychological Medicine. The research, funded by the Medical Research Council (MRC), took place at the National Problem Gambling Clinic which opened in 2008 and is the only NHS funded service for disordered gambling in the UK.

While gambling is a popular form of entertainment for many people, problem (or 'pathological') gambling is a recognised psychiatric diagnosis affecting around 1% of the UK population. Symptoms include a loss of control over gambling, withdrawal symptoms such as irritability, and various negative consequences, including gambling debts and family difficulties.

Dr Luke Clark, from the University of Cambridge's Department of Experimental Psychiatry, said: "The link between impulsivity and gambling beliefs suggests to us that high impulsivity can predispose a range of more complex distortions – such as superstitions - that gamblers often experience. Our research helps fuse these two likely underlying causes of problem gambling, shedding light on why some people are prone to becoming pathological gamblers."

The researchers, from the University of Cambridge and Imperial College London, compared 30 gamblers seeking treatment at the clinic with 30 non-gamblers from the general population.

The researchers asked the participants a series of financial questions involving trade-offs between smaller amounts of money available immediately versus larger amounts of money in the future (e.g. would you prefer £20 today or £35 in two weeks?) to test impulsivity. The gamblers were significantly more likely to choose the immediate reward despite the fact that it was less money. (Psychologists define impulsivity as a preference for the immediate smaller rewards on this task.)

Additionally, a questionnaire showed that gamblers were particularly impulsive during high or low moods, which are frequently cues that can trigger gambling sprees.

While aspects of the 'addictive personality' have been identified previously in studies of problem gambling, the novel finding in the British gamblers was that those gamblers with higher levels of impulsivity were also more susceptible to various errors in reasoning that occur during gambling, including an increase in superstitious rituals and blaming losses on such things as bad luck.

Like treatment-seeking gamblers elsewhere in the world, the group from the National Problem Gambling Clinic were predominantly male, and experienced a moderate rate of other mental health problems including depression and alcohol abuse.

Dr Clark added: "There are promising developments in treatments for problem gambling such as psychological therapies and drug medications. We hope that our research will provide additional insight into the problem and inform future treatments."

The study was organised by Dr Luke Clark of the MRC-Wellcome Trust Behavioural and Clinical Neuroscience Institute at the University of Cambridge, and Dr Henrietta Bowden-Jones of the National Clinic for Problem Gambling and Imperial College London. The National Problem Gambling Clinic is funded by the Responsible Gambling Fund (RGF), a charity that was set up in June 2009 to provide support for research, educational and treatment services across the gambling field. It distributes funds for gambling research, education and treatment.http://www.rgfund.org.uk/default.asp
on June 29, 2011