Technology developed with ESA funding and drawing on long-running research aboard the International Space Station is opening up a new way to keep hospital patients safe from infections. 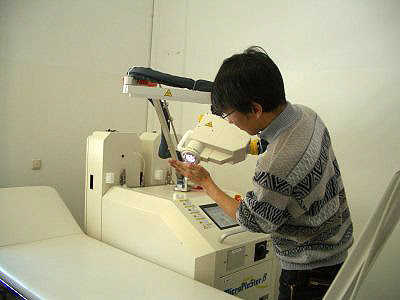 “What we have with plasma is the possibility to supplement our own immune system,” says Dr Morfill. 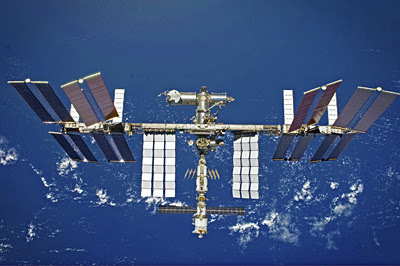 Credits: NASA
The research began on the International Space Station (ISS), where his ESA-funded physics experiments have been running since 2001.

The first was ‘Plasmakristall Experiment Nefedov’ in cooperation with Russian partners. Later, the PK-3 Plus and PK-4 experiments flew in 2006 as part of ESA’s Astrolab mission.

“It’s the longest-running space experiment in the history of human spaceflight,” notes Dr Morfill. More than two dozen astronauts and cosmonauts have operated the equipment aboard the ISS.

Training for the 2006 Astrolab mission to the ISS: astronaut Thomas Reiter (right) with scientists from the Max Planck Institute for Extraterrestrial Physics and the Russian Institute for High Energy Density with a training model of PK-3 Plus in Moscow. 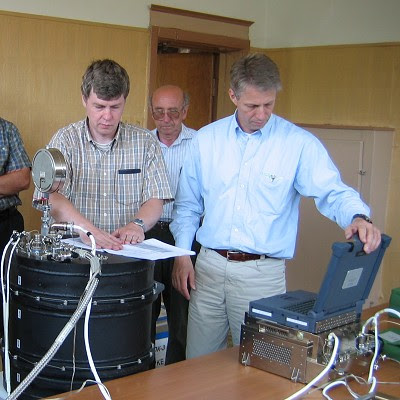 The work in space led to the realisation that plasma might have very practical terrestrial applications – and Dr Morfill turned to ESA's Technology Transfer Programme to make it a reality.

Plasma dispensers can tackle a serious problem: in recent years, health experts have seen a dramatic rise in super-strains of bacteria that can survive the strongest antibiotics in medicine’s arsenal.

One, the multiple drug-resistant Staphylococcus aureus – perhaps better known as MRSA – kills 37 000 people each year in the EU alone. It affects more than 150 000 patients, resulting in extra in-hospital costs of €380 million for EU healthcare systems.

With help from ESA, Dr Morfill’s team is now focusing on developing a system for hospitals, but cold plasma technology might one day also make it into our homes. Plasma could be used to disinfect toothbrushes and razors instead of UV light, which only sanitises the surfaces it shines on. Plasma-charged gas would clean in hidden cracks and crevices, too. 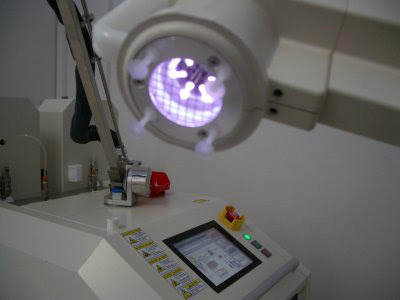 At the other end of the spectrum, he says that plasma could be used as a ‘planetary protection system’ to clean satellites and planetary probes so they don’t carry terrestrial bacteria to distant planets.

The technology looks likely to do a lot of good. Bacteria are constantly evolving, developing resistance to the most commonly used antibiotics. Today, the best way to prevent the spread of bacterial infections is sanitation: regular hand washing between patients, for example, and systematic sanitising of floors, door handles, hospital curtains and anything else that might harbour infectious material. 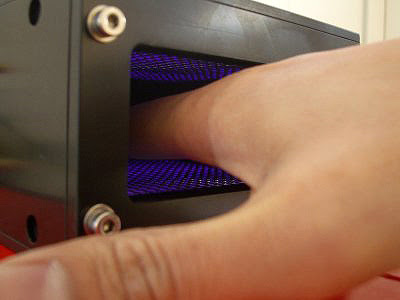 Instead, Dr Morfill is designing a system that makes use of plasma’s innate antibacterial properties to make disinfection easy and quick.

“It has many practical applications, from hand hygiene to food hygiene, disinfection of medical instruments, personal hygiene, even dentistry – this could be used in many, many fields.”

Dr Morfill adds that the research on the ISS and support from ESA has played an important role in turning physics experiments into life-saving technology here on Earth, both directly through ESA funding of a technology demonstrator project and through classic ‘trickle down’ of the specific technology transfer.

“ESA has been tremendously helpful – we’re 90% funded by ESA,” Dr Morfill concludes. “Funding for doing experimental work in the laboratory and in space has made it possible to spin off and start other research.”