A DNA-based study sheds new light on the complex evolutionary history of the woolly mammoth, suggesting it mated with a completely different and much larger species.


Mammoths were a diverse genus that roamed across Eurasia and North America during the Pleistocene era. In continental North America, at least two highly divergent species have long been recognized – woolly mammoths (Mammuthus primigenius) and Columbian mammoths (M. columbi). But new genetic evidence published in BioMed Central's open access journal Genome Biology suggests that these species may have been closely related enough to mate when they had the chance.
Skeleton of a woolly mammoth in the Brno museum Anthropos. The skeleton is composed from bones found on the famous locality Předmostí. 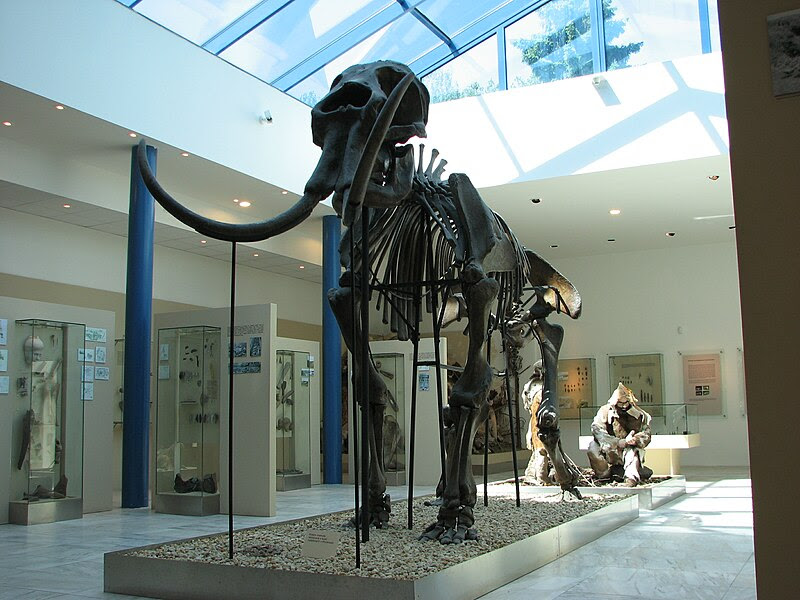 The research, which appears in the BioMed Central's open access journal Genome Biology, found the woolly mammoth, which lived in the cold climate of the Arctic tundra, interbred with the Columbian mammoth, which preferred the more temperate regions of North America and was some 25 percent larger. 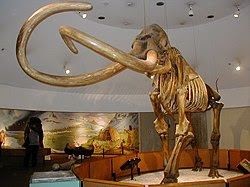 Image: Wikipedia
"There is a real fascination with the history of mammoths, and this analysis helps to contextualize its evolution, migration and ecology" says Hendrik Poinar, associate professor and Canada Research Chair in the departments of Anthropology and Biology at McMaster University.

Poinar and his team at the McMaster Ancient DNA Centre, along with colleagues from the United States and France, meticulously sequenced the complete mitochondrial genome of two Columbian mammoths, one found in the Huntington Reservoir in Utah, the other found near Rawlins, Wyoming. They compared these to the first complete mitochrondrial genome of an endemic North American woolly mammoth.

The Columbian mammoth was one of the largest of the mammoth species and also one of the largest elephants to have ever lived, measuring 4 meters (13 ft) tall and weighing up to 10 metric tons (11 short tons). It was 10.7 feet (3.3 m) long at the shoulder, and had a head that accounted for 12 to 25 percent of its body weight.[2] It had impressive, spiraled tusks which typically extended to 6.5 feet (2.0 m). A pair of Columbian Mammoth tusks discovered in central Texas was the largest ever found for any member of the elephant family: 16 feet (4.9 m) long


Restoration of a Columbian Mammoth 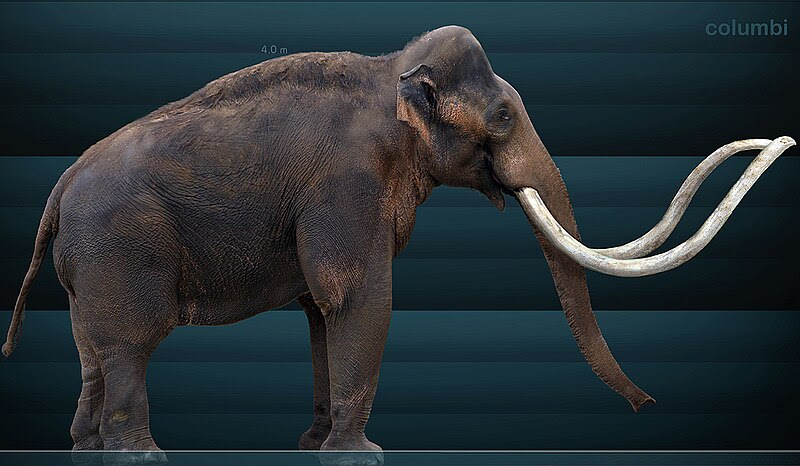 "We are talking about two very physically different 'species' here. When glacial times got nasty, it was likely that woollies moved to more pleasant conditions of the south, where they came into contact with the Columbians at some point in their evolutionary history," he says. "You have roughly 1-million years of separation between the two, with the Columbian mammoth likely derived from an early migration into North American approximately 1.5-million years ago, and their woolly counterparts emigrating to North America some 400,000 years ago." 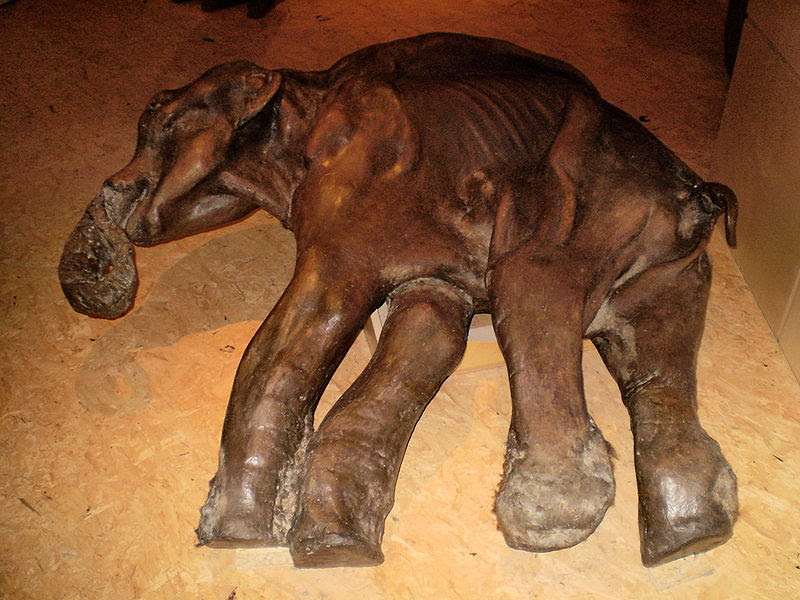 Credit: Wikipedia
The woolly mammoth (Mammuthus primigenius), also called the tundra mammoth, is a species of mammoth. This animal is known from bones and frozen carcasses from northern North America and northern Eurasia with the best preserved carcasses in Siberia. They are perhaps the most well known species of mammoth.
"We think we may be looking at a genetic hybrid," says Jacob Enk, a graduate student in the McMaster Ancient DNA Centre. "Living African elephant species hybridize where their ranges overlap, with the bigger species out-competing the smaller for mates. This results in mitochondrial genomes from the smaller species showing up in populations of the larger. Since woollies and Columbians overlapped in time and space, it's not unlikely that they engaged in similar behaviour and left a similar signal."

The samples used for the analyses date back approximately 12,000 years. All mammoths became extinct approximately 10,000 years ago except for small isolated populations on islands off the coast of Siberia and Alaska.


Woolly mammoth at the Royal BC Museum, Victoria, British Columbia 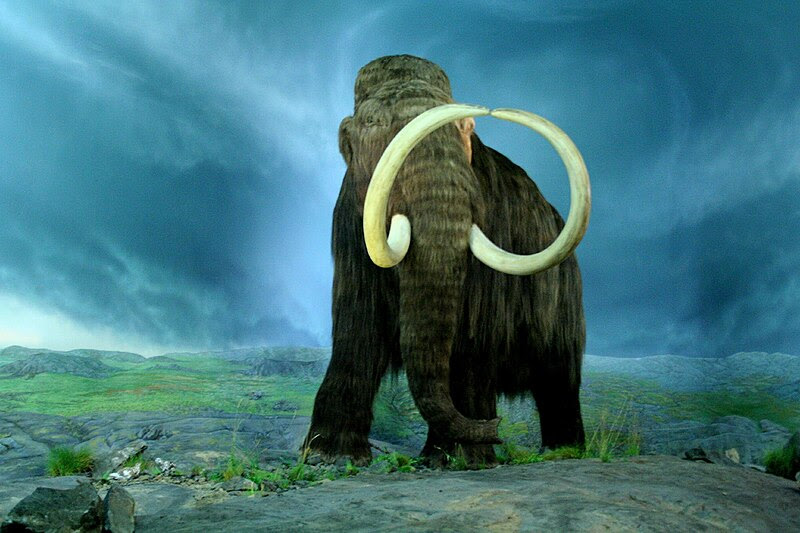 
It was generally assumed the last woolly mammoths vanished from Europe and southern Siberia about 10,000 BC, but new findings show some were still present there about 8000 BC. Woolly mammoths, as well as Columbian mammoths, disappeared also from the North American continent at the end of the last ice age. A small population of woolly mammoths survived on St. Paul Island, Alaska, until 3,750 BC,while another remained on Wrangel Island, located in the Arctic Ocean, until 1700 BC. Possibly due to their limited food supply, these animals were a dwarf variety, thus much smaller than the original Pleistocene woolly mammoth.However, the Wrangel Island mammoths should not be confused with the Channel Islands pygmy mammoth, Mammuthus exilis, which was a different species.
Woolly mammoth cave art from Dordogne, France 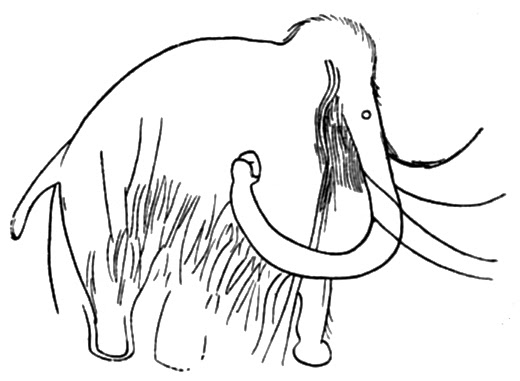 
But the group does not suspect that this requires a re-write of North American mammoth evolution. "We think this individual may have been a woolly-Columbian hybrid," says Jacob Enk of the McMaster Ancient DNA Centre, the group that led the research. "Living African elephant species interbreed where their ranges adjoin, with males of the bigger species out-competing the smaller for mates.


This results in mitochondrial genomes from the smaller species showing up in populations of the larger. Since woolly and Columbian ranges periodically overlapped in time and space, it's likely that they engaged in similar behaviour and left a similar genetic signal." The team goes on to suggest that interbreeding may explain some mammoth fossils that have intermediate physical characteristics, between woollies and Columbians, sometimes assigned to the species M. jeffersonii.
They do not rule out other explanations however, and note that the only way to know for sure whether their mammoth was a hybrid is to sequence nuclear DNA from it and other mammoths. For poorly-preserved remains like those of southern-ranging Columbians, this will be a challenge. But they expect that by exploiting new cutting-edge sequencing technologies, the nuclear genomes of these amazing animals are within reach.
Mammoths belong to the family Elephantidae a diverse family that includes three living species: the African elephant (Loxodonta africana), the forest African elephant (Loxodonta cyclotis) and the Indian elephant (Elephas maximas). Mammoths and elephants belong to the order Proboscidea, which also includes the American mastodon (Mammut americanum).