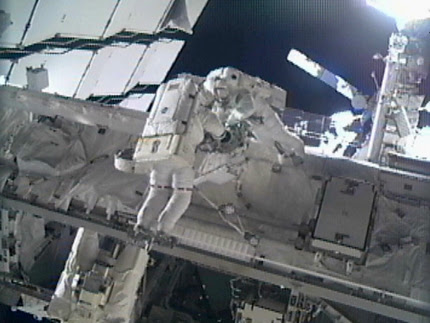 During the 16-day mission, Endeavour and its crew will deliver the Alpha Magnetic Spectrometer (AMS) and spare parts including two S-band communications antennas, a high-pressure gas tank and additional spare parts for Dextre.

Among the new experiments flying are several experiments, flown by NASA in cooperation with the Italian Space Agency, including one that looks at how the same kind of memory shape foam used in beds on Earth might be useful as a new kind of actuator, or servomechanism that supplies and transmits a measured amount of energy for mechanisms. The U.S.-Italian experiments also will look at cellular biology, radiation, plant growth and aging; how diet may affect night vision, and how an electronic device may be able used for air quality monitoring in spacecraft.

One NASA experiment known as Biology will use, among other items, C. elegans worms that are descendants of worms that survived the STS-107 space shuttle Columbia accident. The Rapid Turn Around engineering proof-of-concept test will use the Light Microscopy Microscope to look at three-dimensional samples of live organisms, tissue samples and fluorescent beads.

A NASA educational payload will deliver several toy Lego kits that can be assembled to form satellites, space shuttles and a scale model of the space station itself to demonstrate scientific concepts, and a Japan Aerospace Exploration Agency experiment called Try Zero-G that will help future astronauts show children the difference between microgravity and Earth gravity.

Research activities on the shuttle and station are integrated to maximize return during station assembly. The shuttle serves as a platform for completing short-duration research, while providing supplies and sample-return for ongoing research on station. For a full list of investigations available on this flight, see the STS-134 Press kit or visit http://www.nasa.gov.

C. elegans nemotodes, or round worms, undergo examination by project scientists. The worms are descendants of those that were part of an experiment that flew on Columbia's last mission, STS-107. 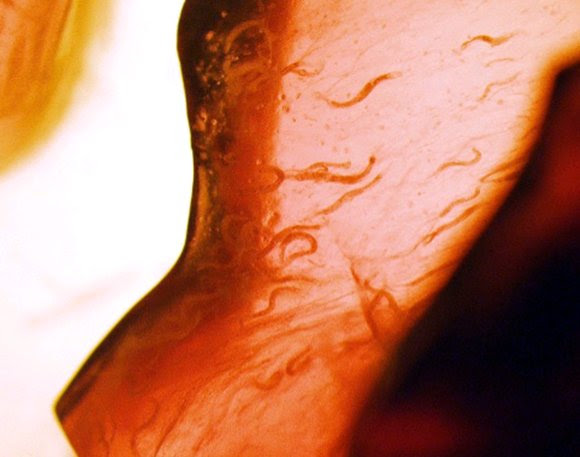