'E-Waste Pollution' A Threat To Human Health, May Damage DNA, Cause Cancer And Other Diseases

The modern age may be killing us or you could call it the revenge of the computer.

In addition to its damaging effect on the environment and its illegal smuggling into developing countries, researchers have now linked e-waste to adverse effects on human health, such as inflammation and oxidative stress – precursors to cardiovascular disease, DNA damage and possibly cancer. 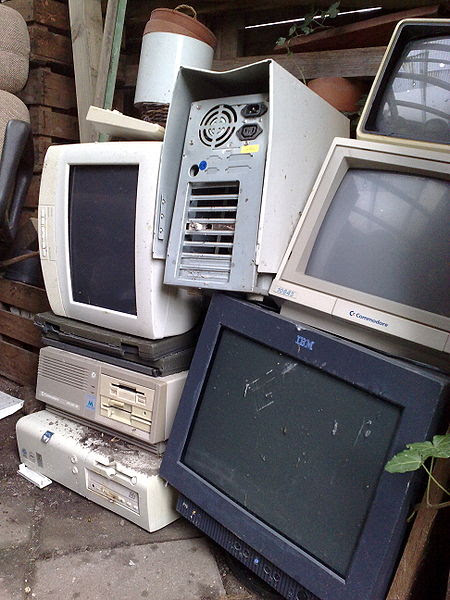 Electronic waste, e-waste, e-scrap, or Waste Electrical and Electronic Equipment (WEEE) describes loosely discarded, surplus, obsolete, or broken electrical or electronic devices. Informal processing of electronic waste in developing countries causes serious health and pollution problems. Some electronic scrap components, such as CRTs, contain contaminants such as lead, cadmium, beryllium, mercury, and brominated flame retardants.
Even in developed countries recycling and disposal of e-waste may involve significant risk to workers and communities and great care must be taken to avoid unsafe exposure in recycling operations and leaching of material such as heavy metals from landfills and incinerator ashes. Scrap industry and USA EPA officials agree that materials should be managed with caution, and environmental dangers of unused electronics have not been exaggerated.

In a study published today, Tuesday 31 May, in IOP Publishing's journal Environmental Research Letters, researchers took air samples from one of the largest e-waste dismantling areas in China and examined their effects on human lung epithelial cells.

E-waste, or electronic waste, describes end-of-life electrical goods such as computers, televisions, printers, and mobile phones. Each year between 20 million tons of e-waste is generated worldwide, 100,000 tons of which is exported from UK shores, according to a recent BBC Panorama programme. A large proportion of worldwide e-waste is exported to China. 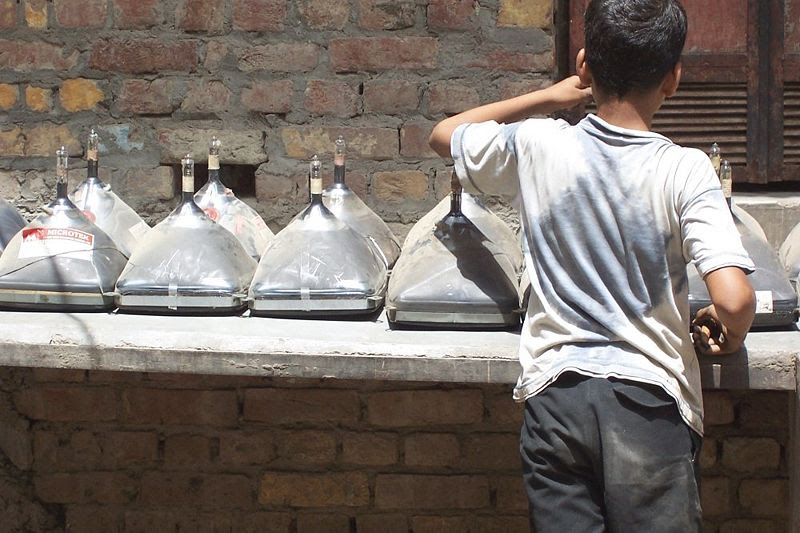 Due to the crude recycling process, many pollutants, such as persistent organic pollutants and heavy metals, are released from e-waste, which can easily accumulate in the human body through the inhalation of contaminated air.

After exposing the cultured lung cells to the organic-soluble and water-soluble constituents of the samples, the researchers tested for the level of Interleukin-8 (IL-8), a key mediator of inflammatory response, and Reactive Oxygen Species (ROS), chemically reactive molecules that can cause extensive damage in excess.

The samples were also tested for the expression of the p53 gene – a tumour suppressor gene that produces a protein to help counteract cell damage. If there is evidence of this gene being expressed it can be seen as a marker that cell damage is taking place.

In this study, the researchers took samples of the air from Taizhou of Zhejiang province – a dismantling complex that involves more than 60,000 people and dismantles more than two million tons of e-waste to recycle metals each year.

To obtain the samples, the researchers used two sampling sites that were located downwind of a dismantling industrial park in Taizhou, set up by the local government in 2004.

It is well known that inflammatory response and oxidative stress can lead to DNA damage and therefore activate the p53 gene to counteract this damage. The study did not find any significant correlation between IL-8 and ROS and p53 expression; however the researchers suggest that this may be due to the various other endpoints, not examined in this study, which can damage DNA.

A further study will attempt to characterise the components present in the polluted air and identify the key contributors to these adverse effects.

Dr Yang continued, "From these results it is clear that the 'open' dismantlement of e-waste must be forbidden with more primitive techniques improved. As the results show potential adverse effects on human health, workers at these sites must also be given proper protection.

"Furthermore, one must consider the initial manufacturing process of electrical goods and look to utilise more environmentally and human friendly materials in their production."

The published version of the paper "Comparisons of IL-8, ROS and p53 responses in human lung epithelial cells exposed to two extracts of PM2.5 collected from an e-waste recycling area, China" (Environ. Res. Lett 6 024013) will be freely available online from Tuesday 31 May 2011.
on May 31, 2011