Death of a Star, Birth of a Black Hole: Gamma Ray Burst Aimed at Earth From Most Distant Object Yet Detected

Among the first 500 gamma-ray bursts detected by Swift is GRB 090429B, currently the farthest explosion ever detected and a candidate for the most distant object in the universe.


On April 29, 2009, a five-second-long burst of gamma rays from the constellation Canes Venatici triggered the Burst Alert Telescope on NASA's Swift satellite. As with most gamma-ray bursts, this one -- now designated GRB 090429B -- heralded the death of a star some 30 times the sun's mass and the likely birth of a new black hole.

The afterglow of GRB 090429B (red dot, center) stands out in the in this optical and infrared composite from Gemini Observatory images. The red color results from the absence of visible light, which has been absorbed by hydrogen gas in the distant universe. 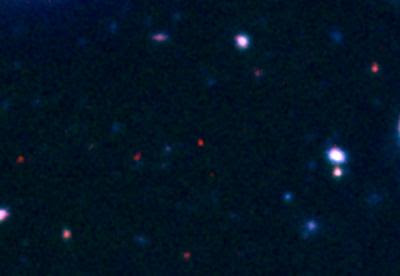 "What's important about this event isn't so much the 'what' but the 'where,'" said Neil Gehrels, lead scientist for Swift at NASA's Goddard Space Flight Center in Greenbelt, Md. "GRB 090429B exploded at the cosmic frontier, among some of the earliest stars to form in our universe."

Because light moves at finite speed, looking farther into the universe means looking back in time. GRB 090429B gives astronomers a glimpse of the cosmos as it appeared some 520 million years after the universe began.

Now, after two years of painstaking analysis, astronomers studying the afterglow of the explosion say they're confident that the blast was the farthest explosion yet identified -- and at a distance of 13.14 billion light-years, a contender for the most distant object now known.

This video shows an animation of a gamma-ray burst. Gamma-ray bursts that are longer than two seconds are caused by the detonation of a rapidly rotating massive star at the end of its life on the main sequence. Jets of particles and gamma radiation are emitted in opposite directions from the stellar core as the star collapses. In this model, a narrow beam of gamma rays is emitted, followed by a wider beam of gamma rays.
Credit: NASA Goddard/Swift/Cruz deWilde
Swift's discoveries continue to push the cosmic frontier deeper back in time. A gamma-ray burst detected on Sept. 4, 2005, was shown to be 12.77 billion light-years away. Until the new study dethroned it, GRB 090423, which was detected just six days before the current record-holder, reigned with a distance of about 13.04 billion light-years.

This is the view of GRB 090429B from Swift's X-Ray Telescope, which imaged the burst less than 107 seconds after the gamma-ray trigger. 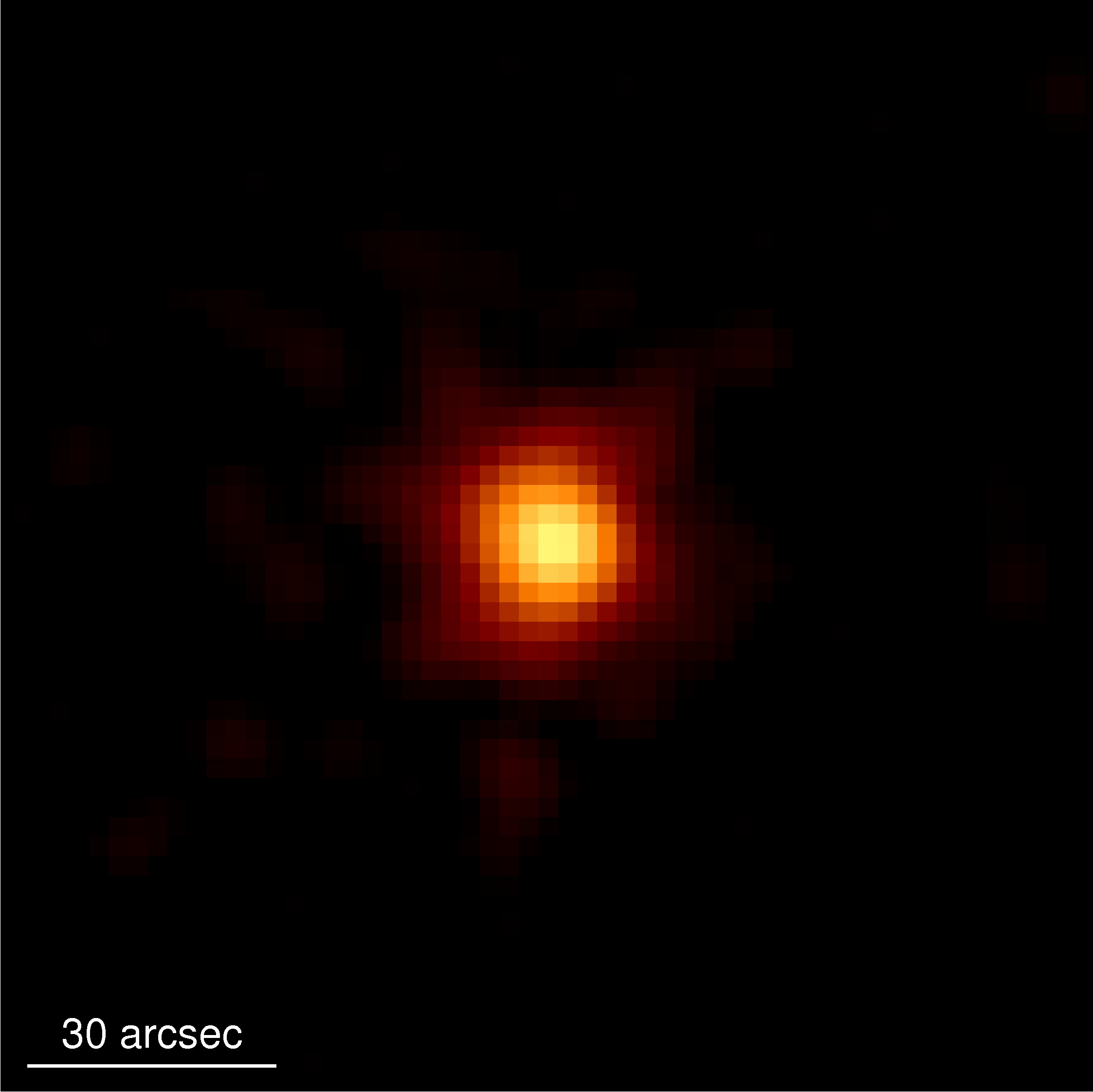 Credit:NASA/Swift/Stefan Immler
Gamma-ray bursts are the universe's most luminous explosions, emitting more energy in a few seconds than our sun will during its energy-producing lifetime. Most occur when massive stars run out of nuclear fuel. When such a star runs out of fuel, its core collapses and likely forms a black hole surrounded by a dense hot disk of gas. Somehow, the black hole diverts part of the infalling matter into a pair of high-energy particle jets that tear through the collapsing star.

The jets move so fast -- upwards of 99.9 percent the speed of light -- that collisions within them produce gamma rays. When the jets breach the star's surface, a gamma-ray burst is born. The jet continues on, later striking gas beyond the star to produce afterglows.

"Catching these afterglows before they fade out is the key to determining distances for the bursts," Gehrels said. "Swift is designed to detect the bursts, rapidly locate them, and communicate the position to astronomers around the world." Once word gets out, the race is on to record as much information from the fading afterglow as possible.

In certain colors, the brightness of a distant object shows a characteristic drop caused by intervening gas clouds. The farther away the object is, the longer the wavelength where this sudden fade-out begins. Exploiting this effect gives astronomers a quick estimate of the blast's "redshift" -- a color shift toward the less energetic red end of the electromagnetic spectrum that indicates distance.

Credit: Science@NASA
The Gemini-North Telescope in Hawaii captured optical and infrared images of GRB 090429B's quickly fading afterglow within about three hours of Swift's detection. "Gemini was the right telescope, in the right place, at the right time," said lead researcher Antonino Cucchiara at the University of California, Berkeley. "The data from Gemini was instrumental in allowing us to reach the conclusion that the object is likely the most distant GRB ever seen."

The team combined the Gemini images with wider-field images from the United Kingdom Infrared Telescope, which is also located on Mauna Kea in Hawaii, to narrow estimates of the object's redshift.

Announcing the finding at the American Astronomical Society meeting in Boston on Wednesday, May 25, the team reported a redshift of 9.4 for GRB 090429B. Other researchers have made claims for galaxies at comparable or even larger redshifts, with uncertain distance estimates, and the burst joins them as a candidate for the most distant object known.

Studies by NASA's Hubble Space Telescope and the Very Large Telescope in Chile were unable to locate any other object at the burst location once its afterglow had faded away, which means that the burst's host galaxy is so distant that it couldn't be seen with the best existing telescopes. "Because of this, and the information provided by the Swift satellite, our confidence is extremely high that this event happened very, very early in the history of our universe," Cucchiara said.

Swift, launched in November 2004, is managed by Goddard. It was built and is being operated in collaboration with Penn State University, University Park, Pa., the Los Alamos National Laboratory in New Mexico, and General Dynamics of Gilbert, Ariz., in the U.S. International collaborators include the University of Leicester and Mullard Space Sciences Laboratory in the United Kingdom, Brera Observatory and the Italian Space Agency in Italy, and additional partners in Germany and Japan.