Acupuncture Of Benefit To Those With Unexplained Symptoms 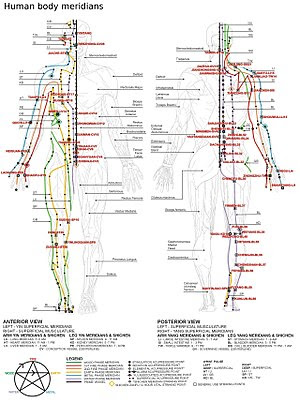 A research team from the Institute of Health Services Research, Peninsula Medical School, University of Exeter, has carried out a randomised control trial and a linked interview study regarding 80 such patients from GP practices across London, to investigate their experiences of having five-element acupuncture added to their usual care. This is the first trial of traditional acupuncture for people with unexplained symptoms.

The results of the research are published in the British Journal of General Practice. They reveal that acupuncture had a significant and sustained benefit for these patients and consequently acupuncture could be safely added to the therapies used by practitioners when treating frequently attending patients with medically unexplained symptoms.

The patient group was made up of 80 adults, 80 per cent female with an average age of 50 years and from a variety of ethnic backgrounds who had consulted their GP at least eight times in the past year. Nearly 60 per cent reported musculoskeletal health problems, of which almost two-thirds had been present for a year.

In the three months before taking part in the study, the 80 patients had accounted for the following NHS experiences: 21 patient in-days; 106 outpatient clinic visits; 52 hospital clinic visits (for treatments such as physiotherapy, chiropody and counselling); 44 hospital visits for investigations (including 10 magnetic resonance imaging – MRI – scans); and 75 visits to non-NHS practitioners such as opticians, dentists and complementary therapists.

At 26 weeks the patients were asked to complete a number of questionnaires including the individualised health status questionnaire "Measure Yourself Medical Outcome Profile."

The acupuncture group registered a significantly improved overall score when compared with the control group. They also recorded improved wellbeing but did not show any change in GP and other clinical visits and the number of medications they were taking. Between 26 and 52 weeks the acupuncture group maintained their improvement and the control group, now receiving their acupuncture treatments, showed a 'catch up' improvement.

The associated qualitative study, which focused on the patients' experiences, supported the quantitative work.

This element identified that the participating patients had a variety of longstanding symptoms and disability including chronic pain, fatigue and emotional problems which affected their ability to work, socialise and carry out everyday tasks. A lack of a convincing diagnosis to explain their symptoms led to frustration, worry and low mood.

Participating patients reported that their acupuncture consultations became increasingly valuable. They appreciated the amount of time they had with each acupuncturist and the interactive and holistic nature of the sessions – there was a sense that the practitioners were listening to their concerns and, via therapy, doing something positive about them.

As a result, many patients were encouraged to take an active role in their treatment, resulting in cognitive and behavioural lifestyle changes, such as: a new self-awareness about what caused stress in their lives, and a subsequent ability to deal with stress more effectively; and taking their own initiatives based on advice from the acupuncturists about diet, exercise, relaxation and social activities.

Comments from participating patients included: "the energy is the main thing I have noticed. You know, yeah, it's marvellous! Where I was going out and cutting my grass, now I'm going out and cutting my neighbour's after because he's elderly"; "I had to reduce my medication. That's the big help actually, because medication was giving me more trouble…side effects"; and "It kind of boosts you, somehow or another."

Dr. Charlotte Paterson, who managed the randomised control trial and the longitudinal study of patients' experiences, commented: "Our research indicates that the addition of up to 12 five-element acupuncture consultations to the usual care experienced by the patients in the trial was feasible and acceptable and resulted in improved overall well-being that was sustained for up to a year.

"This is the first trial to investigate the effectiveness of acupuncture treatment to those with unexplained symptoms, and the next development will be to carry out a cost-effectiveness study with a longer follow-up period. While further studies are required, this particular study suggests that GPs may recommend a series of five-element acupuncture consultations to patients with unexplained symptoms as a safe and potentially effective intervention."

She added: "Such intervention could not only result in potential resource savings for the NHS, but would also improve the quality of life for a group of patients for whom traditional biomedicine has little in the way of effective diagnosis and treatment."


Contacts and sources:
Andrew Gould
The Peninsula College of Medicine and Dentistry
on May 29, 2011