Yellowstone's Ghosts Conjured by Bones of the Dead

By taking a closer look at animal bones scattered across the wilderness landscape, a researcher at the University of Chicago has found a powerful tool for showing how species' populations have changed over decades or even a century.

This elk skull and other remains recovered during Joshua Miller's study of Yellowstone National Park are revealing details about the region’s ecological history. Miller published his findings in the March 28 issue of PLoS ONE. 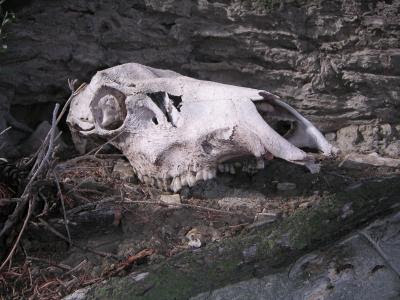 The study, published in the March 28 issue of PLoS ONE, presents data that Miller collected for his UChicago doctoral dissertation. His study provides a deeper context for the many disturbances that are altering ecosystems around the world, including global warming, overharvesting and habitat destruction.

"These changes result in population reductions and extinctions of some species, while others expand and invade new habitats and regions," Miller explained. "Most ecosystems have not been studied over long time spans — many decades at least — which hampers the ability of wildlife managers and other scientists to properly document or mediate these dramatic ecological changes." 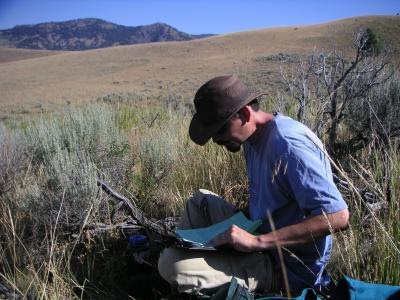 Surveying the bones of Yellowstone

In research funded by the National Science Foundation, Miller surveyed bones from the skeletons of hoofed mammals (ungulates) in Yellowstone National Park. The bones ranged in age from newly dead to approximately 200 years old.

Then he compared the numbers of specimens from each species documented in bones to surveys of the living populations.

"Live elk were much more abundant in the 1990s than they are today," Miller said, "and the bones of Yellowstone feature far more elk than one would predict based on the current Yellowstone community."

Horses, which were replaced by cars as the dominant mode of transportation in Yellowstone in the early 1900s, also are readily found as skeletal remains. Radiocarbon dating confirmed that horse bones were generally remnants from when the cavalry controlled Yellowstone in the late 1800s to early 1900s. 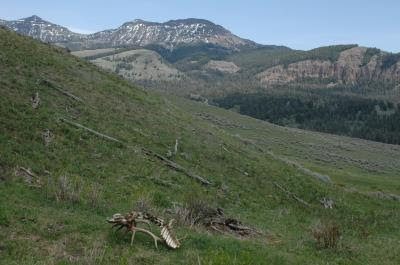 In contrast to these ghosts of larger past populations, species that have recently increased in abundance (bison and the recently arrived mountain goat) are less common in the skeletal record than current living populations would predict. Overall, the bones of Yellowstone correlate well with the area's historical ecosystem and provide more detailed information about the historical community than can be acquired from only studying the ecosystem today.

"Bones provide a great tool for uncovering historical ecological data that allow us to put modern biodiversity in a broader temporal context," Miller said. "The living populations of Yellowstone have been studied for a long time and provide a great opportunity to test how well bones record species' histories. Now we can go the next step and use bone accumulations in regions we have only recently begun studying to obtain critical historical data and establish how ecosystems have changed over the last decades, century or even longer."

"Josh has shown that the bones of Yellowstone accurately track recent and not-so-recent history of the large mammal populations in this famous North American ecosystem," said Kay Behrensmeyer, curator of vertebrate paleontology of the Smithsonian Institution's National Museum of Natural History. "This should be a wake-up call for ecologists interested in the movements, increases and declines of large mammal populations anywhere — bones are a relatively untapped and valuable source of ecological data about animals when they were alive."

Contacts and sources:
Steve Koppes
University of Chicago
Miller received the 2008 Romer Prize in paleontology for the research, which was supervised by Susan Kidwell, UChicago's William Rainey Harper Professor in Geophysical Sciences.